The role of an editor must be to edit 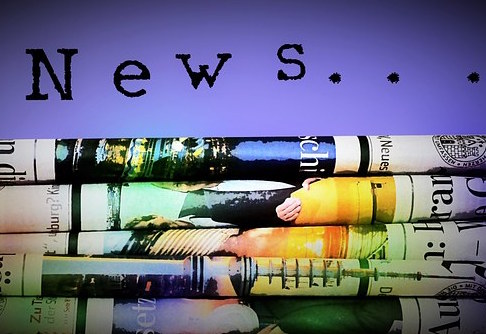 OPINION*: The true lesson of the whole ‘Shelley Garland’ saga is that editors have a key role to play in protecting freedom of expression – ironically through more oversight of what they publish, not less.

Marius Roodt’s fake-news article raised all sorts of important issues but, now the dust has somewhat settled and Ferial Haffajee’s posse is back in its stables, we need to confront the most important debate we have not yet properly had: What is the role of the editor in protecting freedom of expression in a world positively dripping with content?

Songezo Zibi is always an insightful commentator, and he has written thoughtfully on this important topic (Editorial process and opinion on content are two separate factors, Mail & Guardian, 23 April 2017). In this case, however, I believe he gets it wrong even though it’s for the right reasons. This is an important argument particularly as, it seems, this view is widely held.

As the title suggests, his fundamental point is that the editorial role is primarily administrative, particularly when it comes to digital content. He thus argues that the (former) Huffington Post editor, Verashni Pillay, should be held accountable only for the inadequacies of the editorial process she followed, or did not follow – not for the content itself because even offensive issues need to be aired for debate.

In this view, the editor’s responsibility is simply to ascertain the writer’s identity so that editorial amendments can be confirmed, and the writer can be called to account in the event of an enquiry. The use of a pseudonym is quite acceptable, provided the editor agrees with the writer’s reasons for adopting one. The final editorial responsibility is to check the facts and eliminate the possibility of plagiarism.

Everything should be debatable

While I agree wholeheartedly that everything should be debatable, no matter how offensive to some, I cannot agree that the editor’s role should be reduced simply to the rather mechanical steps outlined by Zibi. The quality of the argument is critical, and it is surely the editor’s primary responsibility to ensure that writers argue adequately and in line with the law.

When an argument is highly controversial (for example, racist and sexist, as this article was) and likely to offend many people, an editor should examine the argument particularly searchingly, and promote debate on its merits within the newsroom. Of course this is demanding, but one simply cannot overstate how important it is, especially when the content speaks to the editor’s own preconceptions.

By keeping the focus squarely on the quality of the argument, editors are much more likely to avoid the confirmation bias that clearly affected Pillay and her colleague, Haffajee, and, I am afraid, Zibi as well. To differing extents, all would appear to accept as self-evident the basic premise that white males as a group have something to answer for. This untested and largely unacknowledged bias colours the arguments they use to interrogate the whole issue.

Let’s be clear that we all have these biases, and acknowledging and controlling them is extremely challenging. The answer is not to pretend an objectivity we cannot attain, but nor is it to accept that any old claptrap should be ventilated on a public platform.

This is not an argument to curtail free speech, but rather to insist that those exercising this right justify themselves properly. The right is not to have every opinion aired, but to freedom of expression, and expression should be the focus of the editors who are custodians of public platforms.

Roodt seems to have been seeking to make something like the same point, albeit rather clumsily. His target was not so much the publication of this kind of puerile opinion per se, but rather the fact that those making certain arguments are not held to the same standards as other contributors are. His point would have been made more compellingly if he had simultaneously sought to publish a control piece ostensibly, say, by ‘Sibongile Dlamini’, advocating chemical castration of black men for 30 years to halt the AIDS epidemic and break the cycle of sexual abuse in this country. This argument relies on racist canards as hateful as those accepted in many circles (including those of Pillay and Zibi, it would appear) about white males and their supposedly baleful global hegemony. The Huffington Post’s likely refusal to publish the ‘Dlamini’ piece would make Roodt’s point that anything goes when it comes to certain opinions.

But the broader question raised by Zibi is more interesting. Following his line, the Sibongile Dlamini article should be published once the basic procedures he outlines have been followed. I wonder, though, whether he would be so sanguine about the lack of editorial insistence on the writer’s making her arguments properly when the opinion was even more extreme and likely to conflict with his own views. Rather, in the cases of both ‘Shelley Garland’ and ‘Sibongile Dlamini’, I would argue that the editor is duty bound to insist on rewrites until the argument was properly made.

And here, of course, is the rub. I think any writer would ultimately fail to make a proper and persuasive argument for either point of view that was worthy of public airing.

Here one must add the caveat that any exercise of expression has to fall within the limits set by the Constitution. These are by no means rigid, and in fact require the exercise of high levels of judgement in order to balance the various rights and principles that are in play. In this case at least, the Constitution’s insistence that freedom of expression is not absolute is wise, and actually makes a positive contribution to editorial quality. I would like to highlight here the founding values of non-racialism and non-sexism (Section 1) and the right to human dignity (Section 10). As any serious examination of them will show, the arguments of ‘Shelley Garland’, and putatively of ‘Sibongile Dlamini’, rely heavily on racist and sexist generalisations that simply can never hold water.

In other words, it is not possible to make a compelling argument based on such a broad category without committing serious injustice. By the same token, constructing an argument based on a generalisation about black males has the same effect, and is subject to the same confirmation bias.

It must be emphasised that this should not, and does not, preclude debate about how to “rebalance” society or, for that matter, to try to understand the link between certain types of sexual behaviour and various social ills.

The Internet was supposed to promote dialogue and promote mutual understanding. We are in danger of squandering the real benefits it can offer if we interpret this to mean a licence to say anything. The answer is not to adopt censorship, but to insist that those contributing to the debate do the hard work of thinking that precedes good writing – and it is the job of editors to ensure this happens.

To argue, as some have, that this is not possible given the flow of digital content simply does not hold water: that’s why the notion of “curating” is becoming so popular in the digital world. Curating content is what editors do, and they must find ways of doing it – the readers will follow. In a country like South Africa, where our history has created so many raw places, editors have an almost sacred duty to insist that what they publish is rigorously argued—and that will almost certainly ensure that we also stay within the letter and spirit of the Constitution. We will then also benefit from a genuine exchange of ideas, and not the playground level of trading opinions that has come to mar our public discourse.

* The opinions expressed by contributors do not necessarily reflect those of The Media Online.

A former editor of Computerweek and many custom IT/ business titles, James van den Heever, has been a freelance writer for many years. He currently writes for Acumen as well as  range of private clients.