LATEST NEWS
Home Broadcasting Radio Why we did what we did: Behind the #reshuffle5FM

Why we did what we did: Behind the #reshuffle5FM 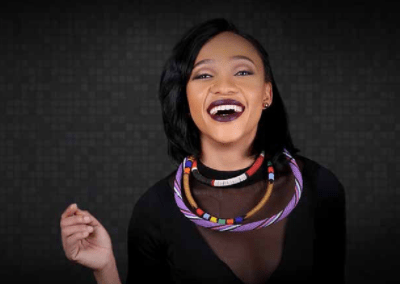 When changes are made to radio shows it is often hard for anyone other than those at the proverbial coalface to understand. So we thought we’d elucidate in five (yes we love the number 5) key statements here. Why? Because we do what we do for you, the 5FM community.

Roger is the second longest standing 5FM DJ in current contract with the station (second only to his spectacular news reader, Sureshnie Rider). For years he created a home for party music and the art of deck mixology on the weekends hosting Friday Night with Roger Goode and The Saturday Surgery. There are South Africans whose entire music taste was inspired by Roger Goode and he defined the image of their musical selves.

Roger is one of the few on-air talents we know who can create concept and technical success from scratch. Hear us again, future radio heads, a voice is not enough. A voice is for an advert. You must be able to conceptualise, develop and deliver content without a producer or a co-host. That’s talent. Roger is the ultimate radio hybrid. Technically skilled, conceptually developed and born with storytelling ability. Just the right amount of crazy without being out of touch with the youthful South Africans who 5FM serves. He is the best and that’s what 5FM’s community deserves.

Nobody can doubt the multiple skills that Thando has. A long time ago a respected radio industry expert said, “Some people just have it”. And Thando has it. She has intelligence and sensitivity coupled with immense motivation and determination. She isn’t afraid to say what she thinks and yet she has a way of communicating it to people so that they understand and are provoked into thinking further. And that, ladies and gentlemen, is the role of the media. Sometimes it makes you laugh, sometimes it makes you cry, sometimes it makes you angry. It should ALWAYS make you think. 5FM curates information for you so that you can ingest information and be entertained but it does this to evolve your views in an ever changing and challenging world. This is why we do what we do. This is what Thando does best.

5FM is always on the lookout for new skilled talent who can add to the family and to your integrated media experience. We are known for taking risks, giving newbies shots and for investing in the development of young South Africans. 5FM usually loses talent to conservative commercial stations who are either unwilling or unable to take chances with their clients or shareholders. We are proud of that role. This is what a person like Msizi represents to 5FM.

Justin has worked hard to develop his on-air persona and this has paid off in spades. Within four years Justin went from being a relatively unknown graveyard shift talent to co-hosting the first Thando Thabooty show and his own weekend breakfast slot (still the peak of weekend listening across 5FM).

In a world where talent is constantly jockeying for position, constantly competing with each other for the best slots and questioning their value to the station annually as they approach contract renewals, Justin is well-liked by every member of the 5FM family. Make no mistake, there are some members of the 5FM family who are harder to work with than others. There are some who are voraciously ambitious, some who believe they deserve more and will go to lengths to get it. Justin has managed to achieve so much without disappointing or disregarding a single member of the 5FM family and has at all times been able to wear his heart, and his career, on his sleeve. This is why he gets six shows a week, two of which he hosts as a sports expert on weekends, and four of which define new music for South Africans.

Numerous things have changed in South Africa’s radio landscape recently. At 5FM we have long planned the migration of our most experienced and revered DJ Fresh to our sister station Metro FM. The time came rather suddenly but not at all unexpectedly. Metro FM is 5FM’s sister station. We are the same family. We make decisions that will be best for both of us. We may have different ways of achieving the goal but the goal is shared. Deliver the best in information, entertainment and education to the best country in the world. To you, South Africa.