LATEST NEWS
Home News ‘Were you brave?’ Yes you were, Suna Venter

‘Were you brave?’ Yes you were, Suna Venter 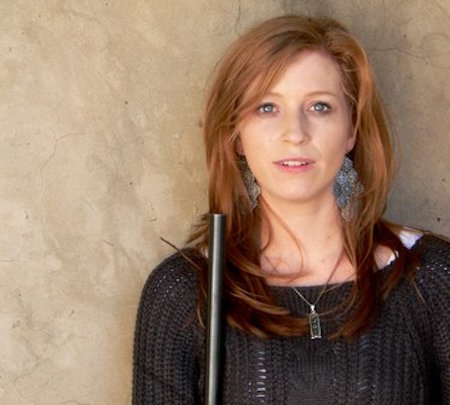 The death of senior SABC radio producer Suna Venter at the young age of 32 has sent shockwaves through South Africa’s media community.

Venter, one of the SABC 8, the brave group of journalists who blew wide open SABC chief operations officer Hlaudi Motsoeneng’s reign of terror at the SABC, died of ‘broken heart syndrome’ on Thursday. The SABC 8 were suspended from the SABC after they publicly challenged illegal policies and interference in newsroom operations, especially the ban on the broadcasting of violent protests. They were honoured with the Nat Nakasa Award for their integrity and courage in exposing what was happening at the public broadcaster.

The Venter family, in a statement, documented how Venter was terrorised for her bravery. They believe “her condition [stress cardiomyopathy] was exacerbated, if not caused, by the events of the past year”.

The Venter family said over the course of the past year, Venter had received various threatening SMS messages. “Her flat was broken into on numerous occasions, the brake cables of her car were cut and her car’s tyres were slashed. She was shot at and abducted – tied to a tree at Melville Koppies while the grass around her was set alight. On a separate occasion earlier this year, she was shot in the face with an unknown weapon and received surgery to remove the metal pellets from her face. During the past year, she was assaulted on three various occasions,” the family said.

The South African Editors Forum, Sanef, has expressed outrage that Venter was victimised and intimidated and had received death threats as a result of her battles with the SABC.

“Venter will always be remembered for never giving up even when she faced threats and intimidation,” Sanef said. “She believed in the role of the public broadcaster as enshrined in our constitution to play a central role in strengthening our democracy.”

The interim SABC board on Thursday night released a statement saying it was shocked at the sudden death of the Radio Sonder Grense current affairs producer.

“Suna was a principled journalist that has brought pride to journalism for standing up for ethical journalistic principles in the face of attempts to subvert these principles. Her life and her stand should bring pride to all her colleagues inside and outside the SABC,” the board said. “On behalf of the staff and management of the SABC, the interim Board would like to send their sincere condolences to her family, friends and colleagues.”

Her colleagues across the media spectrum vented their anger and sadness on social media, with many directly blaming the SABC under Motsoeneng for her death.

.@JacqueSteenkamp posted this image of the tattoos that he and #SunaVenter got in midst of their SABC8 battle.
Hers reads: were you brave? pic.twitter.com/vSELzkXYG6

Your courage, resilience & sacrifice will always be remembered, #SunaVenter. The #SABC killed you, & we all have ourselves to blame for it. pic.twitter.com/lv2EA6Psuc

What #SunaVenter was subjected to was criminal and not a single person has been held to account. Rest in peace soldier

Goodbye, my beautiful friend. #SunaVenter you were one in a million, stood strong for those who could not. U will be missed, never forgotten pic.twitter.com/mkdaF2nDWm

The Professional Journalists’ Association said it saluted Venter for her “brave and fearless commitment to her profession in the face of a sustained campaign all too familiar to colleagues who were exposed to similar harassment under apartheid”, the organisation said. “We call on the authorities to protect the rights of journalists in recognition of the profession’s critical role as a pillar of modern democracy.”

Her family said Venter joined the SABC eight years ago as a producer at RSG Current Affairs. Executive producer of RSG Current Affairs Foeta Krige confirmed her death and says she was, from the start, passionate about international news and current affairs. During her time as producer she was involved with Gift of The Givers in various humanitarian missions in war-torn Libya, Gaza, Egypt and Syria.

“She cared so much about the situation in Syria that she took leave right after the war began to report for RSG from the front lines,” says Krige. “She remained passionate about the welfare of the children she encountered on these assignments up until her death.”

Venter’s main aim was to establish an independent newsroom free from editorial interference within the embattled public broadcaster. Krige says that Venter was one of the most dedicated and passionate journalists that he ever had the pleasure of working with. Even when doctors advised her to walk away from the stressful working environment at the SABC, she replied that she could not go before the battle was won.

Venter is survived by her father and mother, Phillip and Christa Venter, and brother and sister Wilhelm and Tessa.