LATEST NEWS
Home Press Cracking the glass ceiling? Or falling through the cracks…

Cracking the glass ceiling? Or falling through the cracks… 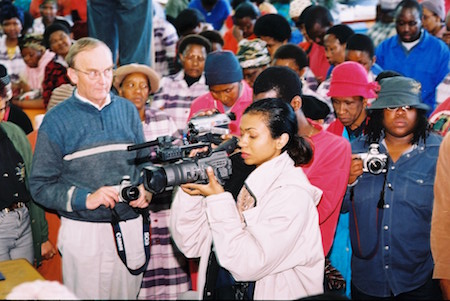 There’s no discounting the giant strides women have made in society at large and the media in particular. They’re making their mark in print, online, on radio and TV, on the beat and in the boardroom. But are their voices truly heard – and how far are they carrying?

Wits Journalism’s latest State of the Newsroom Report, sums up the industry as having a fairly “healthy, rich and diverse environment” despite various economic, socio-political and digital challenges. There are sure signs of transformation, with two of the four legacy media houses now black-owned.

But transformation is no longer limited to race – gender, thanks to long-repeated rallying calls from advocacy groups, has become a global issue.

Here, various studies reflect startling disparities in the industry. Two reports from 2013 – The Print and Digital Media Transformation Task Team report and the Gender Links report – showed that not only are men in the majority in terms of media ownership, on boards and in management positions, but that women predominate in media studies (64%) yet constitute only 40% of media employees and 34% of media managers.

Yet 10 years ago, an International Women’s Media Foundation Global Report claimed that women had cracked the glass ceiling in South African newsrooms, slightly surpassing men in number and representing higher percentages at most levels of the profession. So have we taken steps forward or back in terms of gender transformation – are women truly fairly represented in the media or is there a female leadership vacuum that contributes to a silencing of women’s voices?

“My experience and perception is that since that study, women have taken up many more vitally important roles across the media,” says Ferial Haffajee, an award-winning journalist who became the first woman to edit a national mainstream newspaper in South Africa when she took over the reins at the Mail & Guardian in 2004.

“I think it has become the norm and not the exception, because really important work has been done by the gender and media movement. And those of us who were the first generation, we demonstrated that it’s not unusual; women are very efficient, productive and hardworking and if you create a norm then it becomes the norm.”

It’s certainly the norm at Media24, posits CEO Esmaré Weideman, who can be credited for shattering the glass ceiling with her appointment six years ago – and provides in-house statistics to bolster Media24’s commitment to gender parity.

“Media24 must be the only large SA corporate with women as the chair, CEO and CFO (and two of them black); 55% of the board is female; 55% of Media24’s top management is women; 47% of senior management is female, 54% of middle management is female, and 60% of junior management is female. 58% of total staff are women. And 62% of editors at Media24 are women – even our media distribution company On the Dot, traditionally the domain of men, is now headed by a woman, Rika Swart. The editors of the country’s two largest magazines, Huisgenoot and YOU, are women (Henriëtte Loubser and Charlene Rolls.) The editor of South Africa’s largest subscription news site, Netwerk24, is a woman (Jo van Eeden) – soon to move into the role of publisher and to be succeeded by another woman (Henriëtte Loubser).

“The head of our lifestyle television channel, VIA, is a woman (Izelle Venter). The heads of two of our major books businesses, Media24 Books and Via Afrika, are women (Eloise Wessels and Christina Watson). The general manager of Media24’s largest publishing unit, our weekly magazines, is a woman (Minette Ferreira). Media24’s head of strategy is a woman (Minette Havemann). This does not sound like a female leadership vacuum to me.” 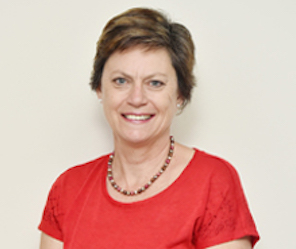 Pretoria News editor Val Boje points to similar key portfolios at Independent Media. “We now have 10 women executives heading up key portfolios like chief of staff and chief of strategy, HR, commercial departments, editorial production and so on, and I am one of 11 women editors in the Independent group. Personally, I see women being given the opportunity and encouragement of men and women to take up leadership roles and we enjoy support, especially from our women group executives.”

While acknowledging that women are making major strides in the industry, academics and advocacy groups point to statistics and studies to bemoan the lack of leadership at ownership levels. Says lead researcher on the State of the Newsroom Project at Wits Journalism, Dr Glenda Daniels: “Women definitely do not have enough power in the media on many levels – for one there is no media company owned by women; while there are a few high profile women in the media, and there are a few women editors, the sector is still male-dominated.”

Gender Links CEO Colleen Lowe Morna agrees, pointing out that the major concerns are in relation to the different occupational levels women are found in. “Women may be the majority of news anchors or presenters, however they are not equally represented in the decision-making roles of the media houses they operate in. But the representation of women working in the media is far much better than voices of women represented in the media.” 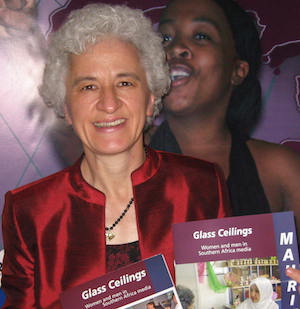 Various local and international studies bear this out. Gender Links’ latest gender and media research, published in 2015, reveals that women in South African media make up only 20% of news sources – the same percentage as the last, 2010 study.

While women are increasingly being seen and heard – “They may not yet be there in numbers, but they certainly are in terms of exposure, gravitas and expertise,” says Weideman – studies and statistics reveal much more needs to be done in terms of women’s representation in the media. 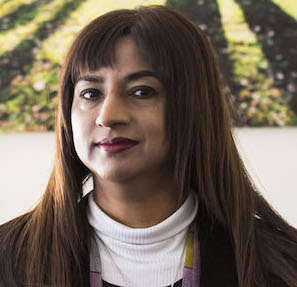 Daniels agrees. “A rough count will show that 80% of opinion and analysis comes from men – yet there are more than enough women to comment. Media companies are lazy to make an effort to factor in gender when they hire. Journalists are not making an effort to contact women experts for their voices to be included, they revert to the same old, same old,” avers Daniels.

It’s not as easy as it appears, say news editors. “When it comes to reflecting women, we can certainly do more. Newspaper readership remains skewed towards men and I have struggled to find a way to have greater appeal to women,” admits Boje. “We are making a concerted effort to offer women’s voices, especially younger women’s voices, in our pages, be it with stories of women who are doing interesting things or women expressing opinions.”

Van Eeden reckons the fast-paced nature of news is largely accountable for this. “The pressure of a fast-moving newsroom almost forces you to go back to your trusted and known commentators,” she admits. “If we want to keep up with the conversation of our audiences, we have to make a deliberate decision to include the whole spectrum of voices in our reporting. If we fail in doing that, we will lose touch with the reality we try to report on.” 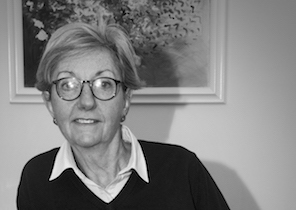 Skirting for new voices is the first step towards transformation and parity, reckons Wag The Dog CEO Sandra Gordon, publisher of The Media magazine and The Media Online. “It’s a given for us; we’re always on the lookout for new writers, commentators, opinionistas…

I don’t think people notice because we just do it automatically. There are lots of women in the media world who are experts in their various fields, and we have to draw them out. There’s good female voices out there and it is still growing.”

This, says Gordon, is chiefly her reason for resurrecting the Women in Media awards later this year. “It is important that women be given due recognition, as they play across socio-economic and political divides. To recognise them changes a whole bunch of perceptions about women.”

It’s certainly a start. As Morna points out: “The media is one of the most difficult institutions to transform. There is need for continuous engagements on gender mainstreaming in the media as this has proven to yield results.” Training, mentoring, policy implementation and recognition can only yield even more positive results.

A study of differences

A 2010 study by Randal A Beam and Damon T Di Cicco, titled ‘When Women Run the Newsroom: Management Change, Gender, and the News’ examined content at ten small daily newspapers at two points in time: before and after a woman replaced a man as managing editor. The results were then compared with content changes at ten “matched” papers at which a man was managing editor for both points in time. While the mix of topics covered changed little across time for both groups of publications, the types of articles changed for the papers at which women became managing editors. The emphasis on feature approaches to the news increased, and standard hard news declined.

“Women are seen more than heard in online newspapers”

The largest data-driven study of gender representation in online English language news media, conducted by the Universities of Bristol and Cardiff, clearly illustrated how women are being marginalised by news websites. Using facial and name recognition technology to analyse more than 2.3 million news articles collected over six months (October 2014 to April 2015) from more than 950 different news outlets that have a web presence, researchers established how males dominate the narrative of mainstream news media, which prefer to use pictures of women as “eye candy’ while quoting men as sources or experts. Using AI technology, the study analysed both words and images to give a broader picture of how the gender balance in top stories of online news media differs across topics, outlets and modes of content – and found that:

“When women do show up in the news, it is often as ‘eye candy’, thus reinforcing women’s value as sources of visual pleasure rather than residing in the content of their views,” claims the study, adding that: “More importantly, it lends support to the longstanding claim by feminist scholars that women’s voices are marginalised in the media, a fact that has significant implications for democracy.”

A 2017 report from the Women’s Media Center, an advocacy organisation founded by Jane Fonda, Robin Morgan and Gloria Steinem, suggests female journalists report less news than male journalists, with men reporting 74.8% of broadcast news and 61.9% of news appearing in print.

(State of Newsroom Report and Intellidex)

TMG: A Level 3 B-BBEE contributor with black ownership at 58%, and ownership by black women at less than 30%.

This story was first published in the May 2017 issue of The Media magazine.