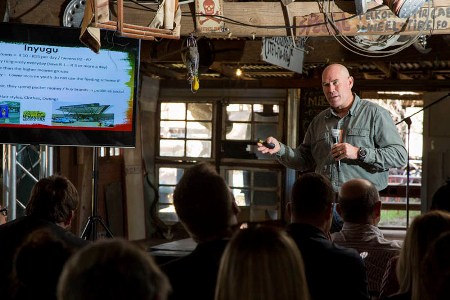 Cybertorial* Ask Afrika recently held its Kasi Star Brands and Youth Brands conference exploring the profile of, and trends within, these two markets. The keynote speaker at the gathering was author GG Alcock who provided some fascinating insights into Kasinomics and Kerinomics.

The presentation began with a youth snapshot which contained some startling facts. “Half of all South Africans are born frees”, “less than one third of 18 and 19 year olds bother to vote”, and “only 28% of urban African children grew up with both parents” were just some of the revelations. 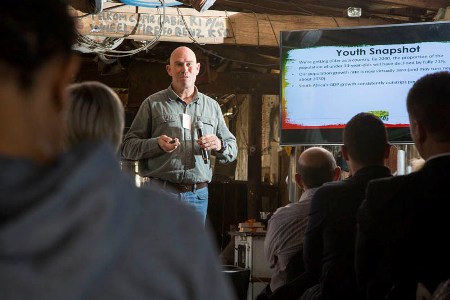 The meat of the talk then followed, focusing on Kerinomics (the name coming from the word for pocket money), which focuses on the schoolyard economy, and the behaviour of, and trends in, township youth.

“Kasi youth have their own dress styles, their own language, their own activities that are cool, and their own music styles. There’s a whole sub-culture around the youth that people need to understand in terms of what’s cool and what’s fashionable and the way of talking to them,” Alcock revealed.

In terms of the schoolyard economy, Alcock showed that Kasi primary school learners and Tweens bring a skaftini (lunchbox) to school with a small amount of “ikeri” (pocket money) for snacks. Their mindset is that it’s about “as much as I can get in range and choice”. High school learners don’t bring a skaftini, instead buying kotas (filled quarter loaves) and vetkoeks and various branded drinks and snacks. There are three common attributes for both groups; firstly there is a sharing culture. “Sharing and community groups is really hardwired into people’s behaviour and they all spoke about that adverts that showed sharing resonated positively with them,” Alcock commented. Secondly, they all save religiously every day, not spending the entire amount that they are given by their parents. Thirdly, spending is social capital as no one wants to look poor. “Dignity, self respect and appreciation, for poor people these things are very important. If they could have their kids looking better, people will spend proportionately on personal care items,” Alcock said. Kasi youth save money primarily for airtime, data, hairstyles, clothes and outings.

Other insights into Kasi youth included:

Culture is very important to Kasi

Alcock also gave some insights into Kasi culture starting off by stating, “We often look at economics and brands outside of emotional and intangible limits. Something important to consider in any branding activity is this concept of culture”. He added that, “People underestimate the massive diversity of income level, of sophistication, of education. We tend to see Kasi as a squatter camp and it isn’t”. During his presentation, Alcock took attendees through the various food types regularly sold in townships including Skop (sheep’s head), Mogodu (tripe), Kota, Sishebo, and French (polony). He then clarified a myth, “The assumption is generally that people in the township environment are buying these products or foods because it is cheaper. The reality is that they prefer it … Food is a very culturally relevant thing”.

Have to be careful about language

A piece of advice that Alcock gave to marketers was that Kasi has different language in some instances. “We talk about English and assume that everyone who speaks English speaks the same kind of English … When we look at marketing and communication with people, humour and sarcasm and irony and language we use are very critical things and unless we can get a handle on these we lose out”.  Understanding the cultures and trends of the Kasi market will help brands be credible with their marketing to it, rather than relevant, which Alcock says is less important.

Alcock advises that utilising influencers is one of the best ways that brands can market to Kasi youth, but cautions that they need to thoroughly research who these trendsetters are and what they are all about. He added that a qualitative understand of the market is essential, rather than a quantitative approach, and that brands need to be aware of the speed of change of the Kasi youth. “Brands need to constantly update their information and their presence because as much as a trend is cool today; there will be another one tomorrow. Generally what we find is that marketers are talking about a trend that is long gone”. 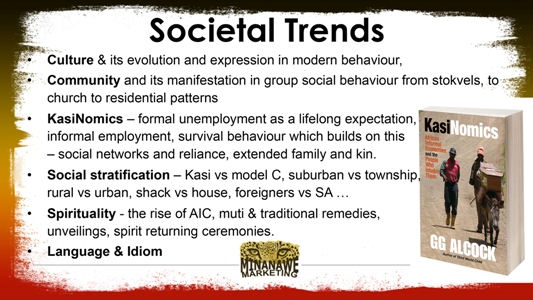 Ask Afrika’s Youth Brands Benchmark reflects the brands that Kasi youth choose the most. Watch out for it in September, when the winners are announced.