Music found me and led me to broadcasting

Posted By: The Media Reporteron: July 17, 2017In: Radio
Print Email 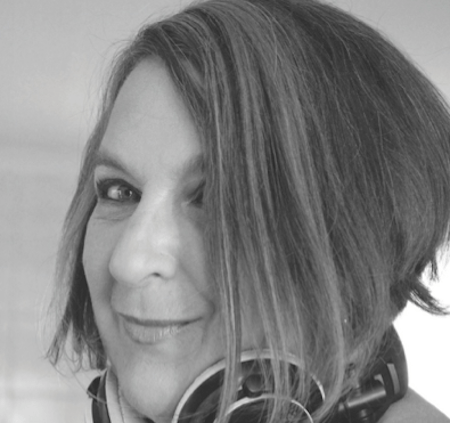 Nicky Blumenfeld aka Nicky B, host of Kaya FM’s The World Show, was a finalist in three categories in this year’s Liberty Radio Awards: Best Music Show; Best Night Time Show and Weekend Radio Show. She delivers a “musical journey that bridges generations and genres”, which travels “across continents and timelines”.

What made you go for a career in radio?

It wasn’t planned; it was more like a path that unfolded. In hindsight, it seems that everything I did was like an apprenticeship for the next thing, even though at the time I wasn’t aware of where it was heading. I’d say that along the way ‘music found me’ and led me to broadcasting.

Tell us a little more about your career journey so far.

With a background in fine arts and education, and a vision of making art more accessible, I moved to Joburg in 1990. As one of the pioneers of the public art movement in South Africa, I worked with artists and communities across the country and abroad – painting murals, doing sculptural installations and facilitating projects.

At that time, I also started DJing…First making mix tapes to play at house parties, then on the decks, at festivals, events and venues – often with little or no pay, I was driven by passion. And ultimately the love paid off, because I was seen and heard, and recommended for a job at the soon-to-be launched independent radio station, Kaya FM.

Working with sound has been a source of income – as a radio-show host, DJ, compiler, writer, teacher and music specialist. I’ve earned an income. But it is also part of my life’s purpose, and has taken me across the world, connecting me with my global family.

What achievements are you most proud of?

I consider my greatest achievement to be ongoing, because every Sunday for the past 20 years, I share ‘Music That Deserves To Be Heard!‘

I have a weekly platform to reach an audience of over 100 000 people – and as an artist, this is a unique opportunity which few are awarded, and for this I am eternally grateful.

My satisfaction comes from knowing that against all odds, I’ve offered an alternative and have made a difference in the lives of both artists and audiences.

I have met and spent time with remarkable individuals – influential creatives, who influence and impact the world with their mastery – in a positive way.

What makes the radio space so exciting now?

In itself, radio is such a dynamic medium – it’s reflective, immediate and direct.

There have been so many changes over the past two decades, both locally and internationally, so it’s important to keep learning and growing, to continually adapt and stay relevant.

The World Show started at the dawn of South Africa’s democracy, and now we live in a global digital age, which opens up a whole new realm of possibilities.

What is rewarding about your job?

Doing what I love and being able to ‘live in my bliss’. And at the same time, in my own way, I’m able to touch people and make a difference through using music as the medium and broadcasting as the means.

To be able to share aesthetic beauty, to promote excellence and expose the richness that our continent has to offer; and to explore other cultures through music – an honour I will never take for granted.

And the most challenging aspect?

Every day in life is a challenge, but also an opportunity.

How do you relax?

It’s difficult to separate my life from my work, so there’s always music…And spending time with good people, painting, swimming, yoga, nature, movies and lots of laughter [is essential]!

What three things can’t you live without?

Besides music…my son, love and lots of laughter!

The late, great Mama Africa! Miriam Makeba was a true artist and a trailblazer, who showed remarkable courage throughout her challenging and exceptional life. She tirelessly represented her country and continent, and her contribution was immense. Hugely influential, she remained a humble, caring and big-hearted humanist. With art as her activism, she lived the way she wanted to see the world.

What quote do you think most suits you?

“If the person you are talking to doesn’t appear to be listening, be patient. It may simply be that he has a small piece of fluff in his ear.” A.A. Milne [Winnie-the-Pooh]

Where do you see yourself in five years?

Alive and thriving! There’s lots in the pipeline… so watch this space!

This story was first published in the May 2017 issue of The Media magazine. Nicky B was the subject of #WatchThisSpace.