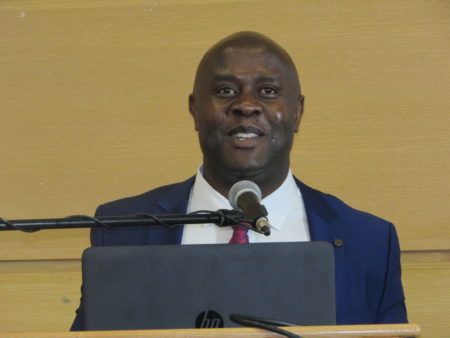 
The Johannesburg High Court has set aside a contract with LornaVision to collect SABC licence fees and ordered the company to pay the SABC’s legal costs.

In a statement, the SABC said LornaVision was contracted to assist with the collection of television licence fees on behalf of the SABC. But its contract was terminated after parliament’s ad-hoc committee investigating goings on at the public broadcaster recommended the SABC take back control of licence fee collection. LornaVision then instituted legal proceedings, challenging the SABC’s decision.

“The SABC welcomes this verdict and looks forward to restoring its direct relationship with its television licence holders,” said SABC spokesman, Kaizer Kganyago, after the High Court decision.

The LornaVision contract was the subject of a Sunday Times expose in August 2016. Former chief financial officer and acting CEO, James Aguma, awarded the tender for collecting licence fees to LornaVision back in 2015. LornaVision was to draw up a pilot debt collections system for an award of 10% of 10 000 TV licence renewals a month.

But the Sunday Times alleged one of LornaVision’s directors, Kuben Moodley, was linked to the notorious Gupta family as he had been a special advisor to Mineral Resources Minister Mosebenzi Zwane, alleged to be close to the Gupta family, and was a golf partner of Salim Essa, a known “kingpin in the Gupta empire”.

But Moodley disputed the story, laying a complaint with the Press Ombudsman. While the ombud dismissed parts of the complaint, “we do not agree that the nub of the story conveyed the impression that Moodley was involved in corruption – Hofstatter’s reporting was largely accurate and justifiable. For this reason the panel cannot find that the article was unfair to Moodley”, it also ordered the Sunday Times to apologise for labelling Moodley a ‘Gupta pal’ in the headline.

The paper was also to apologise for not asking him about his relationship with the Guptas and with Pamensky; the amount of R380-million which he reportedly stood to rake in; and the “expansion” of the scope of LornaVision’s mandate from the resolution to the contract (scope creep), which allegedly was never authorised.

Parliament’s ad-hoc committee charged with investigating the dire situation at the SABC in its January 2017 report drew attention to the LornaVision contract.

“Supply chain management-deviations were approved for transactions which did not warrant the use of an emergency clause e.g. the LornaVision contract which was sourced to collect TV licence fees,” the committee reported. “This contract did not meet the requirements of a deviation: for a deviation to apply, it must be proven beyond reasonable doubt that it is a sole source situation or it was impractical to source the goods.

“Tests are done to verify impracticality or sole source situations. This did not apply to this contract. There were transactions where payments were escalated, and the payments made to suppliers were more than the contract amount. Mr Aguma had done an unauthorised transaction who when he was the CFO. Initially, the contract was for R8.2 million but it escalated by 17% to R10 million when invoicing was done,” they said.

The interim board set up to manage the transition from the compromised boards of the Hlaudi Motsoeneng days ordered the SABC to cancel the LornaVision contract.