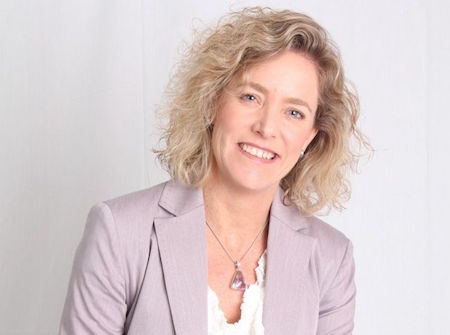 Primedia’s been making some pretty major moves in all its offerings, with a strong focus on talent – none more so obvious than calling in Trish Taylor to tackle the challenge of reinvigorating KFM radio in the Cape.

There’s no real consensus on the number of cities there are in the world. It pretty much depends on the definition of what constitutes a city. What’s indisputable is that there are thousands of urban settlements the world over. And you’ll find Cape Town featuring high on any given list of the world’s top cities to live, work or play in. So when Primedia offered Trish Taylor the position of CEO for the Western Cape region, she didn’t baulk at making the move.

“I’ve lived in Durban and Joburg – and obviously both have their merits, but Cape Town feels like my ultimate home; being able to hike up a mountain, go to the beach, and enjoy a meal in a five-star restaurant all in one day is pretty unique,” says this endurance sports enthusiast. “It’s magical and suits my lifestyle – it’s quite high on the health conscious barometer, which is what I enjoy: it has a strong running, hiking, cycling community – and I love that, as well as the many organic outdoor markets.”

More than meeting her lifestyle, the position also offered a return to the medium that Taylor carved her career on. She joined East Coast Radio (ECR) in 1996 – after four years at the SABC – steadily working her way to becoming CEO of the station within six years, at just 32. She’s credited with turning it into the number one station in the LSM 7+ market in KwaZulu-Natal. With good reason: in her first year as CEO, ECR’s revenue grew by 30% year on year – and the station reached an audience of over two million people for the first time.

Since working in the Mother City from January, Taylor has gained some insight into how Capetonians relate to radio. “I think the Cape Town market is highly competitive between commercial, PBS (public broadcasting service) and a very large community station ecosystem, which is slightly different to Joburg and Durban,” she says.

“Cape Town has a radio market in which the community stations are quite advanced, with good penetration – which makes the media landscape here extremely exciting. People in the Western Cape also have a deeply marked sense of local pride.” 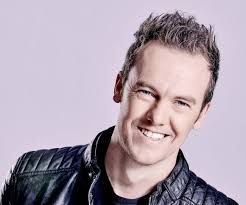 This was sharply brought home with KFM’s recent rebranding and lineup changes – notably the appointment of Darren ‘Whackhead’ Simpson and Sherlin Barends as co-hosts of its new breakfast show, which drew heavy criticism from local audiences.

“It’s not unusual for radio hosts to shift and change; it’s part of refreshing a station continuously. I think installing a brand new breakfast show is not a 100m sprint; it’s an ultra-marathon,” says this keen marathon runner. “What’s wonderful about South African listeners is that they’re extremely passionate about local radio, so the negative feedback was expected. While we’re fully respectful of the fact that we have interfered with their mornings, we’re confident that in time, this new breakfast show is going to create a deep connection with the Western Cape market.”

Reinvigorating KFM is just one of the many strategic moves Primedia has been making over the past year to refresh its various offerings. Taylor’s appointment is in tandem with that of national company CEO Omar Essack – with whom she worked at ECR – and the company’s focus on digital, with former Cape general manager Karl Gostner’s shift to head of digital and strategy.

“The way that audiences are consuming radio has changed significantly – which is why we’ve expanded deeply into digital arena: Last month alone, we had over 22 000 hours of video views just on Primedia’s broadcasting platforms alone,” notes Taylor, who returns to radio after a two-year stint as CEO at TV production company Urban Brew.

“Broadcasting now is a constant feedback loop – gone are the days when you can only take two callers on air… radio now is so exciting, with an immediate feedback impact that allows audiences to craft and curate the direction of where content should go.”

Digital’s impact on radio has not just expanded the landscape of media competition, adds Taylor, it’s also emphasised the need for radio practitioners to work harder at “super-serving” multimedia audiences. It’s also helped a company as large and varied as Primedia build a strong ad platform. “It’s the realm we’re in – exploring how to craft interesting brand stories for our clients that resonate with market; we are fully equipped to deliver fantastic radio and branded content using our digital platforms, publishing and creative skills… we’re able to take a brand objective and translate it into compelling stories across a range of platforms,” she adds.

“Ten years ago it was enough for a producer to help provide content in audio; now, they need to be equipped in the digital and video space – producers and presenters need a multi-crafted skillset going forward, to meet a dynamic and demanding medium.”

A keen Comrades and Iron Man participant, Taylor, who was named the Nedbank Regional Business Achiever of the Year in 2006 and won the KZN Women of Excellence Award in 2013, is clearly up to the challenge of meeting the needs of a demanding audience strongly attuned to their locality.