Are you South Africa’s cake boss? 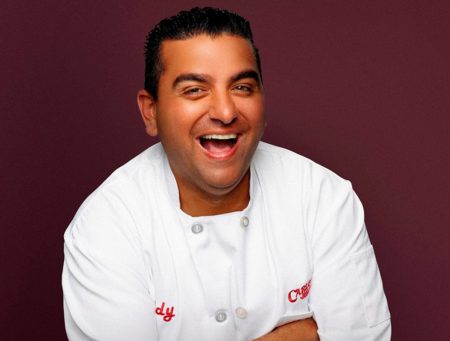 Cake Boss Buddy Valastro and his team have been a hit since premiering on TLC Discovery eight seasons ago.

As one of the most renowned cake artists in the US, he is the master baker of Carlo’s Bake Shop in Hoboken, New Jersey, known for their breathtaking cakes and patisserie. Valastro is back on DStv Channel 135 every Saturday from 19:00 and the new season is hotter than ever as he bakes more elaborate creations and tackles more confectionary challenges.

In celebration of Cake Boss’ return, South African chef school Capsicum Culinary Studio is giving one lucky person a chance to follow in his footsteps.

The school is offering a bursary to study a Patisserie Diploma from City and Guilds, worth more than R100 000, at one of Capsicum’s six campuses around South Africa.

Describing the relationship between DStv and Capsicum as “a good alignment of the brands”, Capsicum marketing and brand manager Agnes Ralston explains that “the competition really is a brand awareness/brand reinforcement exercise”. She adds that while Valastro is mostly known for decorating cakes, the course the winner embarks on goes deeper than that.

Fourteen finalists will be selected in a random draw and will then compete in a cake bake-off at Capsicum’s Rosebank campus in Johannesburg on Saturday, 21 October. The winner will receive the bursary.

The course provides all the necessary theoretical and practical knowledge for anyone looking to specialise in pastry and desserts. Another benefit, says Ralston, is, “Whoever gets a City and Guilds qualification from Capsicum, it means they are equipped to work anywhere in the world and they will be accepted anywhere in the world”.

In terms of the size of the baking industry in South Africa, Ralston explains, “If you’ve got a cheffing qualification, you will get a job. It’s one of the few places where you study something that you’re assured of on qualifying there will be a job for you.

“There’s huge opportunity. Cheffing is one of the fastest growing industries in the world”.

If you would like the opportunity to become the next cake boss, click here to enter. Entries close on Wednesday, 11 October.