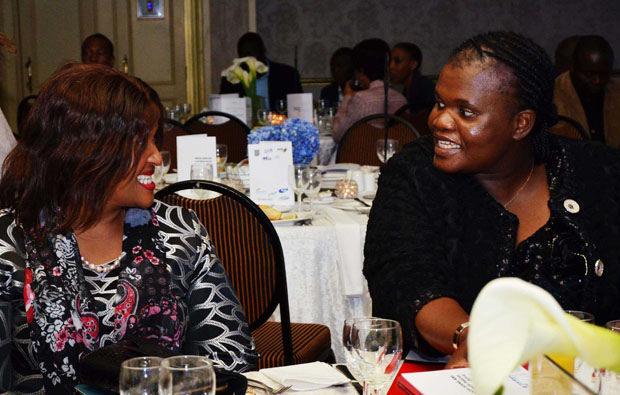 The Media Development and Diversity Agency (MDDA) has been wasting money that could  benefitted community media projects by paying for a central system that is not being used.

The Project Tracking System (PTS) at the MDDA is used to ensure the organisation ran smoothly. But the agency’s chairperson, Phelisa Nkomo, has revealed exclusively to The Media Online that employees have not used this central system for the past three years.

Nkomo reiterated that the PTS was an important part of the MDDA. “It protects the credibility of the decisions that we make,” she explained. “It ensures we apply principles of fairness, and it ensures grants are paid timeously.”

In an exclusive interview, Nkomo was asked how much the MDDA had been paying for the system on a yearly basis. She said she couldn’t provide the figures off hand but would get the body to follow up with The Media Online with the numbers.  But numerous attempts to obtain this information yielded only the following statement from the agency: “The Project Tracking System has been in ongoing use by the MDDA since it was purchased for the purpose for which it was acquired, that is the capturing of funding applications for community media projects. However, the system also offers additional features, which the MDDA is looking into with regard to how best to maximise the tool’s potential, to further enhance efficiency”.

How the PTS functions

When an applicant applies for funding from MDDA, their project is supposed to be immediately placed on the PTS, which not only allows MDDA staff to process the application but also allows the applicant to track the progress of their funding request via a tracking number. Once the application goes through a comprehensive analysis by MDDA employees, who explore how viable and sustainable the project is, whether there is a need for it, how much funding would be necessary to comprehensively support the project and various other factors, it is presented to the MDDA board for approval, approval with conditions, or rejection. No matter the board’s decision, valid reasons have to be given to the applicant.

The board recently discovered some applicants that received a first round of funding in 2015 were only coming for their second round in October 2017, 18 months later. “We can’t be giving a grant in 18 months; it means the managers did not do due diligence in as far as sustainability of the projects [goes]. If a project is coming back within 18 to 24 months, it actually means that it’s not sustainable,” Nkomo said.

She added that the board had also discovered that some applicants who applied for funding in 2011 had never had their projects assessed by the board and that no explanation was ever given as to why.

Nkomo herself has had allegations levelled against her over her involvement, or lack thereof, with the PTS. Current CEO of The Media Connection, Nkopane Maphiri, is one of her most vocal critics. Maphiri is a former chief operations officer of the MDDA. He said Nkomo was responsible for all the current problems with the MDDA and her removal as chairperson would be a major starting point in sorting out the issues facing the agency.

One of the accusations Maphiri levelled against Nkomo was that on numerous occasions she herself circumvented the PTS, feeding funding applications directly into board meetings for approval, without them officially being lodged in the PTS.

Nkomo denied this accusation, dubbing it “pure lies”. “To start with, ask the question, ‘is our Project Tracking System reliable?’ And the answer is ‘no’,” she said.

Nkomo described the principles the MDDA applied when looking at an application. These included how the project linked with MDDA’s strategy; whether the it was financially sustainable; the governance issues with the project; its location and socio-economic impact; general characteristics such as race, disability and diversity; and the project’s financial statements.

This was quite a long explanation, but eventually we steered Nkomo back to the accusations against her. “I don’t know what these informers are actually really telling you. The board would never be given a project today and approve it tomorrow,” she said.

A further article containing other insights from the exclusive interview with Nkomo will appear on The Media Online in due time. Keeping visiting the site so that you don’t miss it.