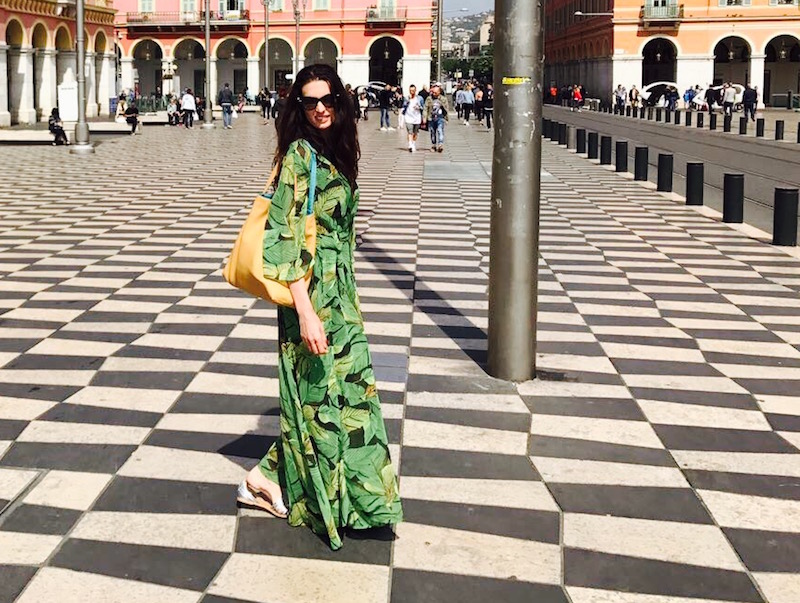 
If 2016 was marked as the year we lost the biggest number of musical heroes in one 12-month cycle, 2017 would probably be remembered as the one in which women stood up. It also gave rise to Freudian slips on a Trumpian scale, brought #GuptaGate to light and gave us a host of memorable hashtags. 2017 was also the year of transformation within South African radio.

Just ask 5FM #Bosslady Justine Cullinan, who’s been steering the station through much upheaval over the past few years. “I do think 2017 was a massive year, because the SABC is like America: when it sneezes, everyone catches a chill. And 2017 was a year of big directives at SABC, with major decisions made, that also had to do with 5FM, and impacted our competitors like Kagiso, Primedia; it caused a lot of reshuffling…”

As the SABC’s flagship station for youth, 5FM is essentially a guinea pig for the market, says Cullinan. “So what we saw in 2017 for everyone in radio in South Africa, was the effect in changes of consumer behaviour and trends which 5FM was at the centre of.”

Cullinan spent most of 2017 systematically working to erase the crippling effects of former CEO Hlaudi Motsoeneng’s draconian rule – and his crippling 90% local content edict, which affected listenership from its 2016 implementation.

“That directive happened overnight, we had no time to prepare – it was an extensive, far-reaching decision that had to be implemented despite the fact that 5FM had been built on a different proposition,” she reflects. “The kind of music content we deliver was a fundamental part of our identity. Our Top 40 content format means you play mass appeal music and track world charts. We give a diverse representation of that, and support local artists alongside international. Our required quota (25%) was very low and we were over-delivering, because there was sufficient local content readily available and we were happily meeting that.” 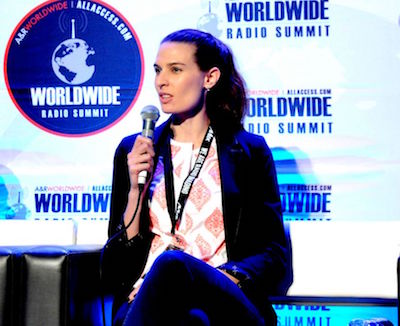 The effect changed the sound of the station completely, she admits – but points out that there was a positive: “One of the things it did positively was remind us of the resilience of the brand; we have an extremely loyal following – and we could also see power of our presenters: it affirmed the fact that people consumed radio for personality, and not just music. We didn’t lose tons of audiences.”

This could have a lot to do with the bold moves Cullinan made to mitigate the damage, notably with the appointment of Thando ‘Thabooty’ Thabethe as the first black, female presenter to host the important afternoon drive show in 5FM’s history. It’s a move Cullinan had been working on as one of her core strategies, and one she had earmarked for Anele Mdoda, who now hosts 94.7’s breakfast show.

“We finally got to the point where we had groomed women over so many years, with sufficient talent and dedication, and I was determined to still have that moment, to appoint a female who could hold the afternoon drive show. And we have it in Thando. She’s quite spectacular, she just has that storytelling ability.”

Personality, reckons Cullinan, is an essential offering in radio today. “In years gone by, audiences centred around music – and presenters simply enhanced the music offering,” she explains. “Now, half of the attention goes on the presenters and content they create. There’s been a generation shift in listeners, and millennnials and Gen Z want people to say something of value when they talk.” 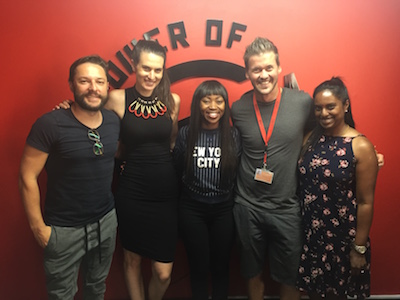 This has shaped 5FM’s core content strategy. “It’s quite an active thing to be a 5FM listener. They actually create content with us, and on behalf of us in many ways. So even though music is still essential to format, we use the talking points to deliver value.”

Cullinan leads by example, participating in regular #Bosslady sessions in which she answers viewers questions on the business of radio.

There’s little glamour in being a Bosslady, says the self-confessed shoe addict who describes her fetish as “borderline problematic”.

“I sometimes feel like a human shield, I joke that I should have taken a degree in teaching a high school of crazy kids; managing people in a way that gets the best out of them is the main aspect of my work. That said, I think I definitely have one of the best jobs in the world; you really can make an impact on people’s lives – we can change the world one radio show at a time. It’s a humbling experience.”

We can hold our own

It can also be fairly rewarding: Cullinan’s hard work over the past few years paid off beautifully in many ways in 2017, notably with the completion of her Masters degree, which included a semester at the University of Berconi in Milan – “It’s one of the top 20 universities in Europe” – on an exchange programme. “I can honestly say that we as South Africans can definitely hold our own against the rest of the world, and should be proud of the quality of postgrad education here.” 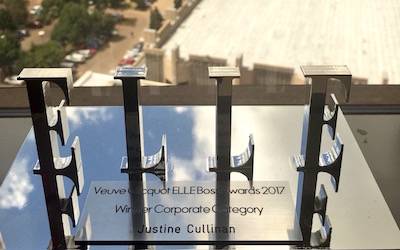 The highlight of her year, though, was winning a Veuve Clicquot ELLE Boss Award in November. The award, which has stringent criteria, celebrates successful, innovative entrepreneurial women and businesswomen who have made a significant contribution to business life in South Africa and are natural business leaders.

“When you look at women I was competing with – there are some spectacularly fantastic women doing incredible things – and particularly by the women judging, it was very intimidating. It’s a very rigorous process, so I can count it as one of the biggest highlights of 2017.”

There’s more to come: Cullinan’s been commissioned to write a formal setwork book for Boston Media campus – the only tertiary institution that offers a dedicated degree in radio, and will be collaborating on that with 5FM programme manager Grant Nash.

As for radio in 2018? “As far as 5FM is concerned, our plans for the year are to stabilise the number of changes made last year; we spent two years making changes, feel like we’ve done all we set out to achieve. So this year we will focus on providing the stability, familiarity and the kind of innovations listeners have come to expect.”