The Africa Channel and Côte Ouest have announced they have signed a broad-ranging strategic alliance in which the parties will jointly pursue distribution, licensing and production opportunities across the globe. The Africa Channel is the largest broadcaster and producer of African-themed content in North America. CôteOuest is the world’s largest distributor of African content.

“This strategic alliance brings together two of the world’s leading providers of African-themed content, to the benefit of audiences in the U.S. and around the globe. We look forward to co-producing new programming with Côte Ouest; to introducing our viewers to their outstanding content library; and to Côte Ouest’s introduction of our content to French-speaking territories. This is a major step in our growth plans for 2018 and beyond,” said Narendra Reddy, EVP & General Manager for The Africa Channel. 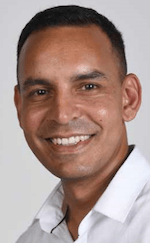 Ephraim will add creative brand strategy to client campaigns drawing on his experience across digital media, publishing and content marketing. He brings more than 18 years of experience as a media professional, having worked as editor in chief of African Independent, managing editor of IOL, online news editor of the Mail & Guardian and executive editor of The Star newspaper.

“I’ve always understood the need to innovate and stay relevant. I’m passionate about storytelling in all forms, and how content can help build communities and brands,” said Ephraim. “Every brand has a story worth telling, but it is by infusing the right strategies and methodologies that we bring real value.”

CEO of Irvine Partners Rachel Irvine says Ephraim will help guide the agency as it continues to enjoy significant growth.

The appointment comes after highly-respected journalist, and former eNCA assignments editor, Jeanine Cameron joined as the firm’s Managing Director under Irvine in 2016. 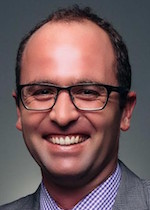 Cobus van Zyl, a marketing communications professional with seven years’ experience in South Africa and eight in various sub-Saharan Africa markets, has been appointed an executive business director at FCB Africa with responsibility for FCB Connect, the liaison between the group’s affiliate agencies on the continent and clients with a footprint in markets across the rest of Africa.

Van Zyl has considerable client service, strategic planning, client-agency-relationship consulting and general management experience under his belt. On the client service side, he assisted with new product launches for Toyota, Vodacom, First National Bank, and Shoprite in South Africa, as well as SAB Miller, Tanzania Distilleries, Vodacom, Zantel (part of Etisalat), Gidani (National Lottery) and Smile Telecoms in the Tanzanian and Ugandan markets.

Van Zyl has worked at Aggrey & Clifford in Tanzania, Saturday Studio in Bloemfontein, Continental Outdoor’s Africa division (based in Johannesburg but involving considerable travel in greater Africa), and Roots Marketing Communications in Tanzania. 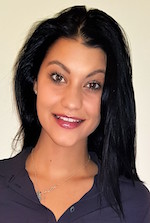 Relativ Media has announced that Katja Wellen has joined the team and will be taking on the role of sales account manager. Wellen will be responsible for managing a large portfolio of national and multinational brands, growing and maintaining relationships with key stakeholders and providing strategic sales solutions within the Relativ Media Group.

Wellen is a passion fuelled, self-proclaimed fashionista, positivity ambassador and Pringle lover. “I’ve spent the past three years in an energetic environment that has offered me many learning experiences and a platform to develop wonderful business relationships. I’m looking forward to the journey ahead,” she said.

Relativ Media’s Andrew Cooper is delighted to welcome Wellen to the Relativ Media team. “We are already enjoying the positive effects of Katja’s drive and intuition in the business and are excited to watch her career grow within the Group,” he said.

Relativ Media is a dynamic out-of-home media business covering a national footprint across both the urban and a broader demographic landscape.

Following a tender process, Boomtown has been appointed by the Mandela Bay Development Agency (MBDA) for marketing/advertising services, and media buying.

The proudly Nelson Mandela Bay agency is delighted to be working with the MBDA again, and to be part of the area’s growth, rejuvenation and development. “Everyone here at Boomtown believes in what the MBDA is looking to achieve, and it’s the base of what’s to be a successful partnership,” said Boomtown MD, Andrew MacKenzie.

Luvuyo Bangazi, marketing and communications manager for the MBDA added: “The MBDA is a special purpose company of the City and is always depended upon to initiate and carry out innovative and creative solutions that change the socio-economic landscape of the City. IT is important for us to partner with local businesses that carry the same vision, passion and drive to see the City doing well.”

Working on the evolving image and the brand of Nelson Mandela Bay, Boomtown’s brief also incorporates the purchase of media space, and the strategic placement of advertising for the MBDA.

Following its launch at the end of February, Business Insider South Africa has already become the third largest financial website and one of the top 25 websites in the country.

In March, the site had 1.4 million unique visitors and generated more than 4.2 million page views, according to Effective Measure.

Launched in partnership with Media24, Business Insider is one of the fastest-growing news platforms in the world, with more than 350 million users worldwide. Its brand of fast and informative digital storytelling has resonated with an ambitious audience in South Africa.

Along with cutting-edge stories from its international partners, Business Insider South Africa offers a unique mix of local content, combining coverage of domestic innovation and corporate strategy with the latest in lifestyle and executive management.

As part of its commitment to youth education, Tiso Blackstar Group in association with the Nal’iBali reading for enjoyment campaign, is creating an opportunity for TimesLIVE readers to play-it-forward and support youth literacy development in South Africa. 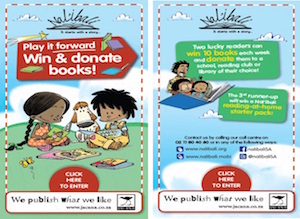 Nal’ibali (isiXhosa for “here’s the story”) is a national reading-for-enjoyment campaign to spark children’s potential through storytelling and reading, while fully promoting reading and writing in mother languages.

“We believe that an enjoyment of reading is essential for the healthy development of young minds. It gives them an opportunity to expand their imaginations and live in a world of hope and possibility. Reading is particularly beneficial to a child’s success when they are read to in their mother language, which motivates their desire to read and write,” said Patti McDonald, who co-ordinates Tiso Blackstar Education’s initiative with The Nal’ibali Trust. Yet, McDonald is concerned that only 35% of South African parents read to their children, which is something Tiso Blackstar would like to change.

The TimesLIVE play-it-forward initiative makes it easy for readers to get involved and win books for their chosen school, reading club or library. Readers can simply click on the Nal’ibali banner ad that appears on the site, and then send an email to patti.mcdonald@tisoblackstar.co.za. In one sentence they’re asked to explain why they believe reading to children is important, and indicate the language they want the storybooks to be supplied in.

SABC2 is set to broadcast the popular magazine programme DEKATV

SABC2 has added DEKATv to its growing genre of magazine programmes that are educating and entertaining. The magazine show will debut for the first time on SABC2 on Wednesday, 18 April 2018 at 19:30.

DEKATv is set take viewers on a journey of creativity and all forms of art, from extraordinary travels to journeys into the minds of South Africa’s influential personalities around the country. The series will show extraordinary celebrations and leave viewers with a recipe for art on a plate.

“Viewers can start preparing themselves for a visual feast when our brand new series kicks off at 19:30 on Wednesday 18 April on SABC2. You are invited to take your place in our lounge and be transported to our magical world of books, food, art, style and entertainment, We are excited to be sharing the DEKAT world and adventure with the large target market of SABC2,” said Elzilda Becker, executive producer of DEKATv and editor and publisher of DEKAT magazine.

Djembe Communications, the pioneering pan-African consultancy, has been included in an illustrious shortlist at the PRWeek Global Awards 2018, including a nomination for Best Campaign in Middle East/Africa and Global Event Activation for Djembe’s implementation of the annual Innovation Prize for Africa 2017 (IPA) event held in Ghana last year. 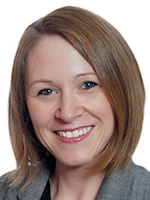 Nicole Suter, managing director for Djembe Communications, commented, “We are thrilled to be nominated amongst other industry leaders. Such achievements are a testament to our work and success, demonstrating that our unique business model approach works. Operating with a single P&L across our global network is a tremendous asset for clients wherein they receive the best, fully dedicated team of communications specialists to help realize their organizational objectives. With a strong footprint in Africa now, the consultancy is also focused on serving as a hub for international companies entering the continent.”

The teams across the network worked effectively to develop the various components of the IPA Prize and ensured the event was interactive, valuable and informative for the attendees. With effective cross-border management the teams from Ghana, Morocco, Nigeria, South Africa and the UAE were able to deliver this multifaceted event and ensure that all media and social media content as well as the roadshows and high-level roundtables, focused on the need to invest in homegrown innovation. This helped to elevate the stature of the campaign and generate stronger awareness, support and participation from the onset. Ultimately, the overall strategy raised awareness of the potential power of harnessing African innovation to address the challenges faced by the region.

Rapid Blue is delighted to announce a Best International Format win for their production Shark Tank South Africa for M-Net, channel 101 on DStv, at the Annual South African Film and Television Awards 2018 (SAFTAs). The series received the Golden Horn, the official SAFTA trophy, at a ceremony in Sun City on Thursday 22th March.

Thuso Mbedu, lead actress in hit drama series Isthunzi which is also produced by Rapid Blue for Mzansi Magic, channel 161 on DStv, was the recipient of the Best Actress in a TV Drama award on Saturday 24th of March.

Kee-Leen Irvine, MD and executive producer of Rapid Blue, who is currently producing the BBC Studios format Dancing with the Stars SA for M-Net, said, “Rapid Blue is really passionate about entrepreneurship and because Shark Tank is a show that provides a platform for ambition to meet opportunity it’s a real thrill to be able to convert our passion for entrepreneurship into such gripping entertainment – and to receive the recognition from our peers by winning a SAFTA is a real honour!”

Jacaranda FM and Tracker Off The Beat ‘n Track 2018

Following a highly successful launch event last year which drew thousands of participants from all over Gauteng, Jacaranda FM & Tracker Off the Beat ‘n Track will be back at the Big Red Barn in Irene on 21 April 2018 for a family fun day of mountain biking, kids’ entertainment, picnicking and more music you love.

The event, the biggest of its kind in Gauteng, offers something for any age and riding skill level, with courses ranging from 2km for the kids, and 5km, 15km and 35km races for the serious riders.

After the race, riders and their families, and those who just attend to enjoy the music, will be able to set up on the luscious lawns for a picnic and relax to the tune of some of SA’s best live entertainment acts – Goodluck, Die Heuwels Fantasties and Dr. Victor.

Jacaranda FM’s GM, Kevin Fine, says: “Off the Beat ‘n Track has proved to be a massively successful event for both consumers and our partners Tracker. Family, fun, music and mountain biking in one of Gauteng’s most spectacular venues combines the full essence of what Jacaranda FM as a station is all about, and we’re anticipating another superb event in April.”