Food for Thought preyed on my mind

Posted By: Sandra Gordonon: May 23, 2018In: Media Mecca
Print Email Sitting at the Ads24 Food for Thought gathering in the oh-so-classy Hyde Park shopping centre with sweeping views of Sandton, being entertained and informed by three wise and opinionated men on stage, was a rare treat. Here are a few of my take outs from the high level event. 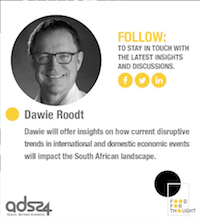 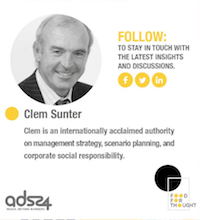 Countries, political parties and companies have benefitted from his analyses of the past, present and future influencers of world trends. He concluded by simplifying complex information for us and suggested three scenarios facing South Africans.

Religions at war, think turmoil in the Middle East. China rising to become the most powerful nation on earth. Ageing populations (US with its younger population will grow faster than Europe and Japan where there is zero population growth). Anti establishment movement against bureaucracies and the super-rich, unsettling voting patterns in US and UK. Climate change leading to extreme weather patterns.

Corruption (look at Venezuela). Quality of infrastructure (SOEs must be turned around. Style of leadership (Cyril Ramaphosa). Pockets of excellence (world class companies). Changing nature of work (young people have to make a job not get a job). Land reform (occupations are around urban areas)

Premier League. Ramaphosa’s new dawn leads to a turnaround and GDP growth of 3% 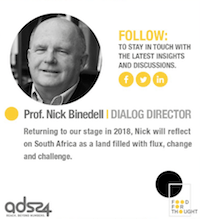 Binedell hosted the panel and shared many of his insightful and uplifting views.

Footnote. Activations and events are flavour of the year in media circles. At a MOST Awards focus group earlier this year, a number of media owners mentioned that up to 30% of those media agency staff respond positively to invitations, then fail to pitch up or offer an apology. In response, an outraged media agency leader suggested owners should provide a list of names to him. Nice idea but it won’t happen, as owners are wary of being boycotted by individuals who manage big media portfolios.

I have attended a number of really good media owner events this year. The thought, effort, time and money in putting on inspiring and memorable events together begs better manners and leadership that promotes respect. 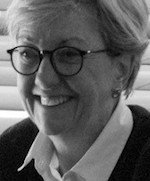 Sandra Gordon is publisher of The Media Online and The Media, publications of Wag the Dog. She is deeply schooled in marketing, with experience in media, advertising, branding, communication, public relations and publishing (print and online). Currently CEO of the Iconic Group a savvy collection of entrepreneurial companies offering services across the marketing and communication spectrum.