With the Vodacom Durban July representing the nexus of South African fashion, society and horse-racing, luxury designer David Tlale and Vodacom Red have partnered for the first time in a unique experience, culminating in a limited collection, RED by David Tlale, at this year’s event. 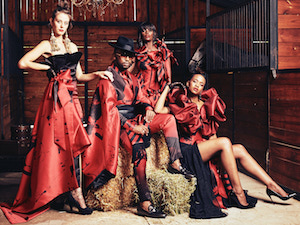 “Vodacom Red is for the individual who expects more and we couldn’t think of anyone better than David Tlale to collaborate with in presenting an exceptional showcase of South African design at the Vodacom Durban July. It’s a truly exciting partnership,” said Michelle Van Eyden, head of Vodacom sponsorships.

Tlale will stay faithful to the opulent designs and enticing silhouettes that have come to define his career, all of which will be revealed when the collection debuts at the Vodacom Durban July Main Stage followed by a private showcase at the Paddocks for VIP Vodacom Red guests.

“Red is shorthand for passion, strength and power, yet remains modern and feminine. In this collection I’ve played with various hues and fabrics which speak an entirely new language. Each look will showcase the story one tells when wearing this, the boldest of all the colours,” said Tlale.

In another first for the designer, Tlale has also designed an exclusive, high quality, limited edition clutch bag specifically for Vodacom Red. Made of premium leather, only 1000 RED by David Tlale bags have been made and will be uniquely marked (eg. 1/1000). These bags are only available when you upgrade or sign up for Vodacom Red during June and July 2018. 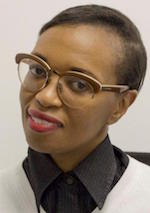 A graduate of GIBS Business School and both the AAA School of Advertising and Vega Brand Communications School, where she studied communications, media and brand management, Manyaapelo joined the agency after several years as a successful luxury entrepreneur in the art and design sector. She has also served on the Iziko Museum committee in Cape Town and as an Art Gala Host Member for Zeitz MOCAA (Museum of Contemporary African Art).

Welcoming Manyaapelo to the team, FCB Joburg managing cirector, Thabang Skwambane, said the agency was drawn to her passion for Africa and creativity. “Annicia believes in the power of creativity to affect change and that – by harnessing the varied and rich cultures of our people – we have the opportunity to reshape the African narrative. She is a talented and professional addition to our high calibre FCB Joburg’s South African Tourism team.”

Charlene Ludick has been appointed as the new general manager of Thaba Moshate Hotel, Casino and Convention Resort, responsible for ensuring the smooth-running of all daily operations on the property, as well as maintaining good relations between Thaba Moshate and all its stakeholders, including staff, suppliers and guests. 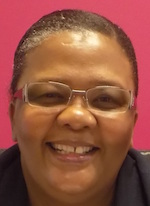 “I am very excited about this amazing opportunity afforded to me by the Peermont Group, as it allows me to work with the team in creating memorable experiences for our guests and employees alike,” said Ludick, As part of her new responsibilities, Ludick will provide leadership to the hospitality and gaming staff teams, develop and implement strategy, as well as build and manage positive stakeholder relationships, operations management and opportunities for business networking.

“I hope to add value to the business as a whole, contribute towards its profitability, entrench the Thaba Moshate brand in the catchment area and ultimately increase its market share. 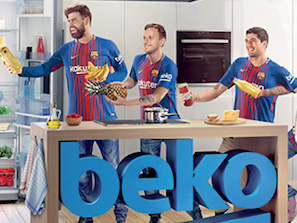 Beko is preferred by 440 million consumers in more than 130 countries, ranked the number one brand in Europe’s white goods market, the leader of solo white goods market and positioned as the official partner of the everyday.

Robyn Campbell, Hellocomputer Cape Town’s managing director, said: “It is such a privilege to work with a brand that has such a strong desire to innovate. We absolutely believe that we are the right partner to assist Beko in delivering meaningful solutions to their new generation of consumers.”

Tbo Touch is launching a new range of wines with a top line, well established wine estate, in a unique 50/50 partnership deal that involves true profit share and philanthropic investment in the local community. 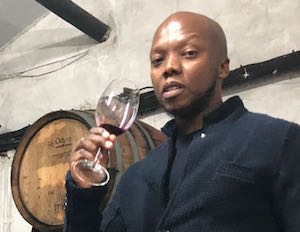 Touch Reserve is the new range of four premium wines that Tbo Touch, together with Wildekrans Wine Estate, are launching on 16 June 2018. The National Youth Day date was chosen by partners Gary Harlow (owner of Wildekrans Wine Estate) and Tbo Touch for several sentimental reasons. They wanted to honour the courageous youth of Soweto and the unjustified blood that was shed on that fateful day in 1976. By launching this wine on such a painful anniversary, they hope to remind the youth of today of their history but also to inspire them to diligently plant and harvest the fruits of their own dreams, in a free and democratic country we enjoy today, thanks in part to the courageous youth of 1976.

Touch and Gary are long-time friends and business partners. They are the individuals who conceptualised, negotiated and produced the Reunion of the Jazz Epistles Concert in 2016 which saw the late Hugh Masekela, Jonas Gwangwa and Abdullah Ibrahim reunited on stage for the first time in 59 years. The principles of their relationship in both business and friendship are based on integrity, authenticity and excellence. This year on Youth Day, they wish to launch and share a range of wines that will echo and reinforce these principles.

Stand up against gun violence this Friday

The people of KwaZulu-Natal are urged to wear orange on Friday, 1 June, to stand up against gun violence and show their support for victims of gun violence. The effort to mobilise people was launched by East Coast Breakfast this morning, following the tragic murder of 9 year old Sadia Sukhraj on Monday.

“We care about the wellbeing of all our people in KZN and we want every single person to join us and #StandUpForSadia as well as for the many other victims of gun violence by wearing and displaying anything orange this Friday. In order to be truly effective, we’re asking that people encourage their family, friends and colleagues, as well as schools to take part and take a stand this Friday,” says East Coast Radio’s programming manager, Zane Derbyshire.

Aside from wearing orange to raise awareness around this scourge, Derbyshire adds, “We are calling on individuals and communities to also be more vigilant and become actively involved in helping the police put an end to gun violence by reporting unlicensed guns and criminal activity.”

The reason people have been encouraged to wear orange specifically in order to make their voices heard is because it has become the defining colour of the gun violence prevention movement worldwide. It first started when in 2013 Hadiya Pendleton’s friends wore orange in her honour when she was shot and killed in Chicago at the age of 15.

Take a stand this Friday and show everyone that you’ve had enough of gun violence by wearing orange. Also, share your pictures and videos of you and your family and friends wearing or displaying orange on social media this Friday, using the hashtag:#StandUpForSadia.

Anything Goes, the branded entertainment agency, celebrates 15 years and a new look

The branded entertainment agency, Anything Goes [AG], celebrated 15 years in the industry with a bold new look, a video offering you an eagle’s eye into the great work done complemented by a brand-new icon, and an exciting and insightful new website showcasing case studies to a selection of premium African events.

The agency’s deep-rooted knowledge of culture, music, and fashion finessed by an understanding of the Youth, places them as specialists in their field, and sets them apart from their competitors.

Defining the new logo, founder and branded entertainment visionary, Shaun Duvet, said: “You will see that our ‘G’ suggests a revolution, a 360 circle, which is part of how we approach everything. The ‘A’ being an upended greater-than sign, demonstrates how we move beyond 360-degrees in our solutions.”

AG has a proven track record with lifestyle brands and products through the creation of entertainment-based properties for the likes of, but not limited to Samsung, Standard Bank, ULTRA South Africa, Corona Sunsets Festival, Pernod Ricard, adidas and AB InBev.

Please join us tomorrow evening (Thursday) for our

first town hall event of 2018. All welcome, no RSVP required!

*The discussion will be live streamed. Check social media for more details!