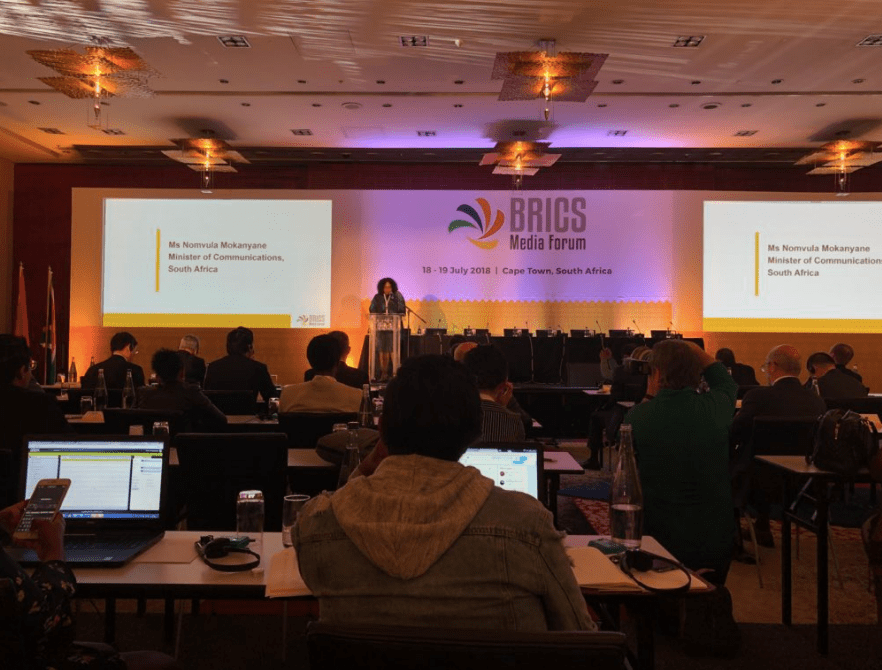 Mokonyane was addressing the second day of the third BRICS Media Forum at Westin Hotel in Cape Town on Thursday. The Forum, attended by over 120 media delegates, took place as governments under the five-country bloc prepared to meet at the 10th BRICS summit in Sandton next week.

“… It is worth noting that the best media co-operation should not only be within the confines of the media rooms and publication but through people-to-people engagement as well,” said Mokonyane.

“The media organisations within BRICS would make the biggest difference if they were to succeed in getting people talking, whether face-to-face or across virtual networks. Admittedly, social media enables such discussions, broadening them beyond geographically defined communities and existing editorial agendas, and at a scale hitherto unimaginable.

“For any modern media organisation that predominantly produces mass media outputs, social platforms enable them to see how people respond to the content and debate the issues raised in their programmes. In turn, a loop is created wherein they observe and interact with audiences in a way that is not possible with legacy media like newspapers and TV,” she said.

Mokonyane said as the global community advances towards the technological era of the fourth industrial revolution, this transition should be used to solve the triple challenges of poverty, inequality and unemployment – challenges that all BRICS member states are faced with.

“The irony of the fourth industrial revolution is that it impacts on all nations, rich and poor. And, therefore, it is incumbent upon us as South Africa to see how we could utilise the technological advancement at our disposal to deal with the challenges and find synergies with other countries within the BRICS bloc to foster a more humane, inclusive and just world order.

“The advent of new social media platforms brings in new challenges for the traditional print media which had enjoyed dominance for many centuries,” Mokonyane said.

She said the media of BRICS countries should be an instrument to promote peaceful development, cooperation and equity.

“Importantly, we should share our experience as well as learn from each other to better cope with change in the fast-changing media industry.

“As the BRICS bloc, we should strive to do better in coordinating our efforts to deal with the challenges that beset the world, including fighting terrorism, eliminating poverty and hunger, dealing with economic imbalances and addressing climate change.

“BRICS media should become the champion of peace and development, promote the common development of the five-member bloc, and safeguard the common interest of emerging markets and developing countries,” she said. – SAnews.gov.za