Disrupting the Media: How Wikipedia aims to decolonise the internet 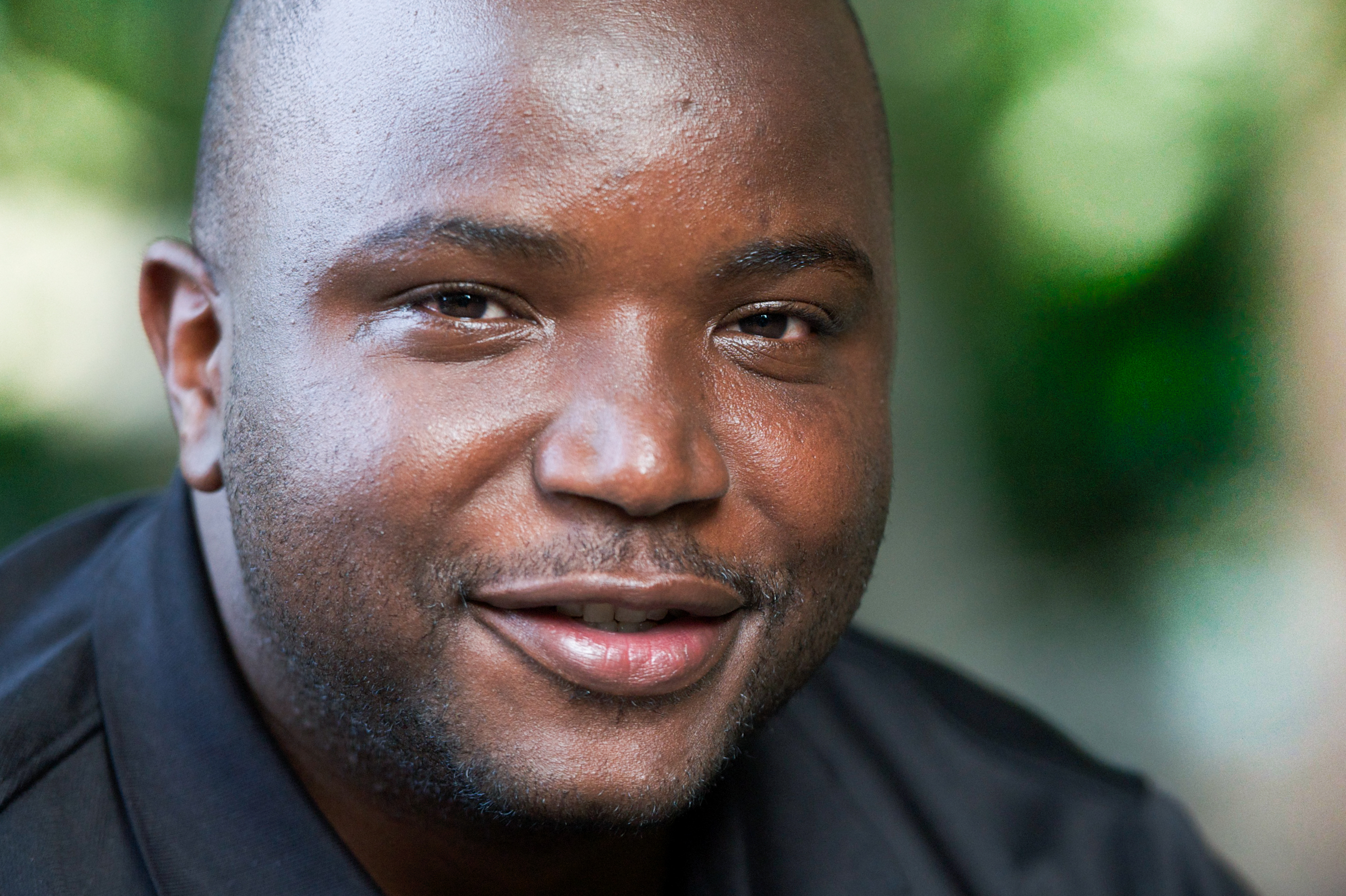 
No one is spared the effect of digital disruption in the information age. Daily, tech Innovations are impacting Industry, politics, global warming – well, they would, if politics didn’t get in the way – and even education.

So it’s about time someone got serious about Fake News and tipped the scales on the difference between fact and fiction.

Dumisani Ndubane is doing just that. The electrical engineer from Tembisa took his struggle to complete his degree online, unwittingly becoming a champion for a cause he didn’t even know existed – and disrupting his chosen career path with a position that, a few years ago, didn’t exist either.

Today, Ndubane divides his time between consulting privately as an electrical engineer, and serving as Monitoring & Evaluation Strategist for the Wikimedia Foundation – where he is actively pursuing the Foundation’s mission to decolonise the internet.

Ndubane points to Wikipedia’s user demographics as an example of the disparity of reliable information available online. “From the one billion people accessing Wikipedia every month, only about 70 000 people around the world are or have actively edited pages; of these, only 14 000 come from Global South (South America, Africa and the Middle East); yet the Global North (Britain, the US and Europe) only makes up 20% of world. This doesn’t reflect the diversity of the world – and raises the issue of skewered content,” he notes.

Wikipedia – the fifth most visited website in the world – effected a turnaround in how women were represented within its pages after a targeted campaign. ”Research showed that only one in 10 of the 70 000 active editors were women,” says Ndubane. “This meant that there were fewer biographies of women than of men; coverage of women scientists, for example, had a one in 20 ratio… The Gender Diversity Programme actively encouraged the community to write more about women, drastically increasing the number of women’s representation from 2010 to 2018 to about 36%.”

The open source online library is now extending its reach to equal representation of the world’s majority, and centering the knowledge of the marginalised online, highlighting this with an auxiliary program at the 14th annual Wikimania Conference in Cape Town from 22 to 24 July. The theme, ‘Bridging knowledge gaps: the Ubuntu way forward’ is aligned with the theme of the inaugural conference for Wikipedia affiliate organisation Whose Knowledge?, a global, multilingual campaign running prior to and in tandem with Wikimania (from 17 to 19 July) with the theme: ‘Decolonising the internet’.

“We have turned a corner on gender diversity, but not yet on African content – which is what we will be discussing in July: When we take a mirror to ourselves, who don’t we see? Whose voices faces are not there?” asks Ndubane.

A graduate of Wikiversity

It’s a question that popped up for him as a student, when he searched for information to supplement his engineering studies. He had spent two years at Wits: the first, on an excellence scholarship; the second, on financial aid and half-scholarship with a consulting engineering firm. When he dropped out the third year due to financial exclusion, he approached the company that had partially funded him and offered his voluntary services.

“The MD at that time was impressed, and offered me a fulltime job as draughtsperson on the condition that I continue my studies,” he recalls. Ndubane willingly took up the challenge, and registered to study with Unisa part-time. This not only extended the time it would take him to eventually graduate (seven years, in 2012), but also set him on his newfound career path.

“One thing I encountered was lack of physical classes – I found it really had to teach myself, and that’s how I came across Wikiversity – online free content; supported by Wikipedia foundation that provides free courses and lessons for people to access. Except, when I got to electrical engineering pages, there was nothing there – it was empty.”

Ndubane’s initial disappointment was followed by the realisation that others would encounter the same situation – and he set about changing that. “I went back a few weeks later, registered my account, and questioned: what would a student in electrical engineering need? Then I put my content online.”

He spent the last three years of his studies building pages for electrical engineering on Wikiversity, and the rest is history. “It became a very useful resource; even today, I’m still receiving email from as far afield as Australia, Indonesia…”

Ndubane concedes that the interactive questionnaires and test modules he added to assist students in the field don’t replace classes, but it did get him noticed by the Foundation.

“In 2012, Wikipedia offered me a travel scholarship to attend Wikimania, where I got to meet people doing similar around the world; I met the people building the South African chapter in Washington, and I learnt more about Wikipedia – and fact that it was available in other languages.”

Ndubane was thrilled to realise that there were even articles in his mother tongue, Xitsonga. “There were only 10 articles in Xitsonga, but this is surprising as really, it’s one of the smallest African languages, second only to Ndebele, and I was over the moon – I thought: this is something I can do again.”

This raised further challenges, though: not only that of the difference between oral and written word, but also the fact that the interface itself was in English. Once he’d slowly started building the community, Ndubane was faced with yet another challenge – a universal one for Wikipedia: the fact that there’s no language community. “It’s very difficult to find Xitsonga users keen to come in on the project due to the fact that nobody pays; you do in your own time, at your own cost.”

This barrier is one Wikipedia is intent on bashing, universally, and the upcoming adjoining conferences are a major push in that direction.

“We’re hoping to raise public awareness: of Wikipedia as research resource – it may not be a tertiary source of info but it does contain links to those primary sources; and to bring attention to the kinds of editors we have in South Africa, such as Professor Lee Burger, who discovered Naledi, and donated stunning pics to our pages… That’s the power of open source – things become much more available and easily accessible to public.”

Added to that, of course, is the question of language and narrative visibility.

The principle, maintains Ndubane, is that “knowledge must be accessible; otherwise it’s stunting the growth of young people who should be leading us with more ideas and solving the problems we have today and will have tomorrow; who is going to spark the young minds?”

SA’s hosting of Wikimania 2018 is the conference’s Sub-Saharan debut; the first African gathering was held in Egypt 10 years ago. The inaugural Whose Knowledge? Conference on decolonising the Internet – a global first about centering marginalised knowledge online – runs earlier, from 17 to 19 July.