Newsflash: NPA reports Mkhari case will go ahead in the ‘interest of justice’ 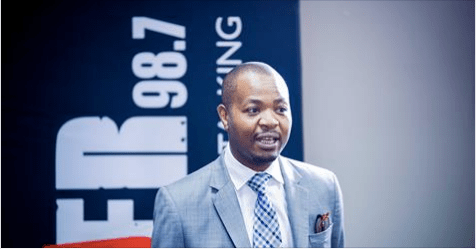 [STORY UPDATED] An “unfortunate incident” at the family home on Saturday night resulted in the arrest of MSG Afrika chairperson Given Mkhari for assault. Mkhari, in turn, laid charges of against his wife, Ipeleng, who is CEO of Motseng Investment Holdings and president elect of the South African Property Owners Association.

Police spokesperson Kay Makhubela said Ipeleng Mkhari and Given Mkhari were taken into custody on Saturday in Randburg as a result.

In an update on eNCA, the National Prosecuting Authority said the power couple would still appear in court on Monday as the prosecutor decided it was in the interest of justice for the case to go ahead.

This contradicts an earlier statement issued by the Mkharis that the couple have withdrawn charges against each other. PowerFM’s Iman Rappetti tweeted that Mkhari and his wife were “withdrawing charges after an ‘unfortunate incident’ at their home Sat night. ‘As a family we have decided to resolve the matter at home’. Update to follow.”

BREAKING @Powerfm987 MSG Chair @MkhariGiven says both him and his wife @PeleMkhari withdrawing charges after an 'unfortunate incident' at their home Sat night. 'As a family we have decided to resolve the matter at home'. Update to follow.

In a statement on the PowerFM website, Mkhari said he would not be appearing in court on Monday as he and his wife had withdrawn charges against each other. Mkhari said he had gone to press charges at the Randburg Police Station, followed by his spouse. The family have since taken the decision to resolve the matter at home, he said.

Rappetti then tweeted a personal note, “My heart is in pieces and it goes out to  Pele Mkhari and Given Mkhari. May wisdom and peace be your portion,” she wrote.

My heart is in pieces and it goes out to @PeleMkhari and @MkhariGiven may wisdom and peace be your portion.

Media mogul Given Mkhari and his wife were set to appear in the Randburg Magistrate’s Court this morning in connection with allegations of domestic violence, the charges have been withdrawn. Both opened cases against one another on Saturday night, says Captain Kay Makhubela.