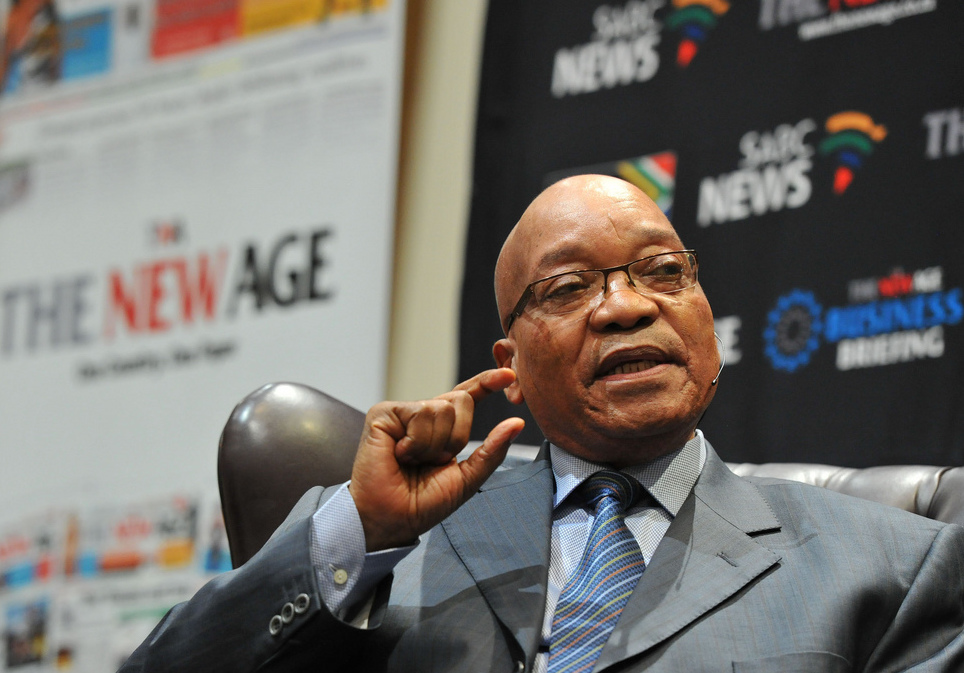 Image: Jacob Zuma at a The New Age breakfast/GCIS


[OPINION] It has come as no surprise whatsoever that The New Age newspaper… sorry, AfroVoice newspaper, is now dead and buried.

This in spite of the fact that Zuma-acolyte, Mzwanele ‘Jimmy’ Manyi, bought The New Age and cable news channel ANN7 (now AfroWorld View), from the controversial Gupta family in late 2017.

Changing The New Age’s name to AfroVoice was an exercise in futility and did nothing but clearly demonstrate Manyi’s lack of understanding of media. His TV channel, now optimistically renamed Afro Worldview, will undoubtedly follow its print sibling’s funeral cortege when its MultiChoice contract expires at the end of August. Manyi, though, seems convinced he’s in the running to win the contract for a new Africa-centric news on DStv.

It was an absolute given that the minute Jacob Zuma was no longer president, not only would the Guptas be targeted for all manner of misdemeanours but The New Age and ANN7 would lose their presidential patronage and the ability to use the Zuma name to ‘persuade’ a raft of state owned enterprises and government departments to part with exorbitant amounts of money to sponsor lunches and place advertising.

While it lasted, The New Age business plan was superb. Persuade the president, or vice-versa, that a pro-Zuma, pro-ANC, pro-government newspaper would be a good idea and then as a quid pro quo, get the president to give the nod to all his underlings to sponsor lunches and advertise – despite the newspaper refusing to join the Audit Bureau of Circulations.

I have no doubt that the Guptas, along with their newspaper and TV station’s top management teams, made a lot of money and I would not be at all surprised if the kingpins behind The New Age and ANN7 actually don’t give a damn about whether their former cash cows actually survive or not. They probably don’t care about job losses and former staffers who are now largely unemployable due to their involvement in what has been one if the country’s biggest and most blatant propaganda machines.

The demise of the newspaper leaves a lot of unanswered questions. For example, did Manyi actually ‘buy’ anything at all from the Guptas via his “vendor financing”? I doubt it. Once the writing was on the wall for both Zuma and the Guptas, no one in their right mind would invest a single cent in a media organisation so utterly tainted and obviously doomed.

It is always sad to see a newspaper shut down, but this is an exception. The New Age was never a newspaper. It was simply a monumental fraud in every possible sense of the word.

PIC to divest from Independent Media

In breaking news last night, the Public Investment Corporation indicated it would be exiting its investment in Independent Media. The PIC helped fund the acquisition of Independent Newspapers by a consortium led by Iqbal Surve, to the tune of around R1.3 billion. But in an answer to a written question from the DA in parliament, finance minister Nhlanhla Nene said the PIC was “working on an exit strategy in respect of its investment in Independent News and Media, South Africa (INMSA)… However, due to the sensitive nature of the information, the details of this strategy cannot be publicly disclosed”. ~ Editor