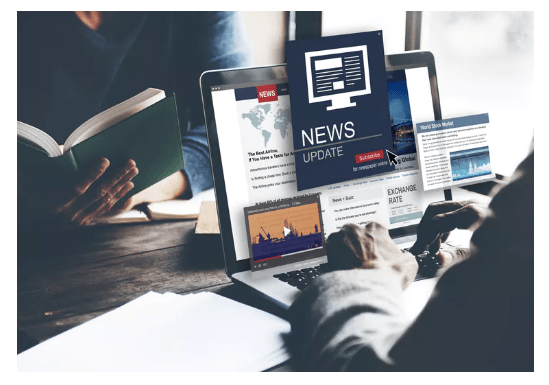 
Who gets to speak? Who do we listen to? And whose opinions do we respect? These questions are always important, but even more so now, as the UK faces an uncertain future, and political leaders need to make some tough decisions.

So it’s disappointing to learn that female voices continue to be marginalised in the nation’s news coverage. Women’s expertise is going untapped and unheard at a critical time.

An analysis conducted by the Centre for the Study of Media, Communication and Power on behalf of the Global Institute for Women’s Leadership at King’s College London has found that four out of every five people quoted as experts in online news articles by the main UK news outlets are male. The research analysed a representative sample of all news articles published online across a seven day period by major news outlets including the BBC, Channel 4, ITV, Sky, Daily Mail, Star, Express, The Times, Financial Times, Guardian, Independent, Mirror, Sun, and the Telegraph.

The imbalance is even greater for certain fields, such as foreign politics and business and finance, where men make up almost nine out of ten expert sources. And despite all the media campaigns and focus on equal representation in recent years, these figures haven’t materially shifted since a similar study was carried out in 2010.

So what’s driving this imbalance? It’s true that the UK is unfortunately still a country with a well-documented under-representation of women in leadership positions across various sectors (not least news journalism), and this certainly plays a part. But previous research has identified other factors. A tendency to rely on known contacts, reliable performers and suggestions from previous informants all militate against a widening of the expert pool.

And then there’s the question of who we consider to be an “expert”. Judgements about who is and isn’t credible play a large role in determining who gets to be a source, and therefore have a voice, in the national conversation. But judgements about credibility are not value-free. A series of studies have shown that we find the same information to be more credible when it is presented by a man, rather than a woman. Whether it be political tweets, articles about sport or abstracts for scientific papers, simply changing the name on the information has been shown to affect respondents’ judgement of the quality, competence or expertise of the content.

These biases show just how hopelessly naïve it is to argue that expert sources should “just be the person with the best expertise”. This person is a chimera – for how on earth would this expertise be ranked? Any attempt to work out who they are would be influenced by biases, not only on the part of the journalist in terms of judging their credentials, but by the fact that those credentials were earned in a gender-biased world.

A related line of thought might concede a level of bias in the selection of experts, and yet contend that it doesn’t matter. After all, aren’t experts there to simply present the facts and give an objective assessment of reality? While I’m sure many academics would be touched by this level of faith in their pronouncements, it is far from the truth.

A fascinating study from earlier this year illustrates the point. After surveying more than 1 000 economists from 18 countries, the researchers found that female economists were far more likely than men to prefer government interventions over market solutions. They were also more likely to be in favour of increased environmental protection, to think that labour market policies were unequal, and were slightly more likely to disapprove of austerity. Such questions could hardly be less central to the future of society.

The differing views of female economists are not due to some inherent “redistributive gene” that is missing on the Y chromosome, but because such views rely on an analysis of certain approaches, and different life experiences will inform how we weight the associated costs and benefits. Indeed, as Sweden’s feminist government is showing, from foreign policy to which streets to snowplough first, the answer to policy questions changes when you include the perspective of the other half of the population.

Journalists have a responsibility to seek out diverse voices, rather than “neutrally” hold up a mirror to society. Who we see explaining the world around us sends a strong symbolic signal about whose views we value, and what is possible for different groups of people. Surely if anything is going to challenge bias then it will be seeing female names in areas that society codes “male”. This may require extra effort from journalists to look beyond their existing networks, but with a wealth of resources – from The Women’s Room to SheSource and more – there is no longer any excuse not to make it.