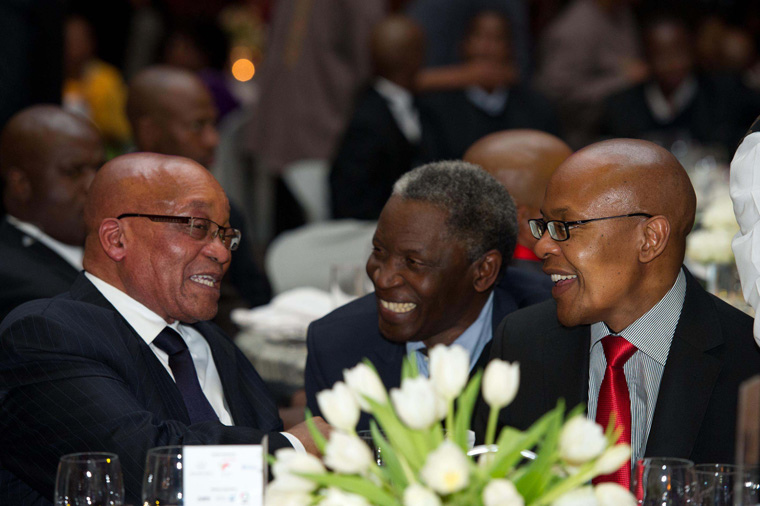 Williams said she received a text message from Manyi during the commission’s tea break on Friday, telling her that the controversial business breakfast briefings — organised by The New Age (TNA) newspaper in partnership with the SABC — didn’t happen under his watch.

Just so it's clear. Phumla was relating the changes I brought into GCIS. In the same breath she mentions TNA/SABC breakfast which in my view created the impression that I was somehow part of that. So I sent her a text for her to clarify that this happened AFTER my era pic.twitter.com/j1TRvG8q1N

In a bizarre twist, Williams read out the message she received from Manyi to the commission, which is chaired by Deputy chief justice Raymond Zondo. “The message said “the TNA briefings didn’t happen in his time’,” said Williams.

Manyi’s name has featured in the commission as he replaced Themba Maseko in February 2011 as the GCIS CEO. Maseko was unceremoniously fired by former President Jacob Zuma for allegedly not agreeing to the demands of Ajay Gupta — the eldest Gupta brother — to channel government’s R600 million advertising budget to the family’s media entities. Manyi was appointed on the same day that Maseko was fired from GCIS.

Williams interpreted Manyi’s text message as an attempt to influence her testimony, which she submitted to the commission under oath.

Zondo, who described Manyi’s actions as “very serious”, wants a copy of his text message from Williams to be supplied to the commission’s investigators and legal team “in case something happens to her phone.” Advocate Paul Pretorius, who acts for the commission, said according to the commission’s rules and regulations, it’s an offense for anyone to prejudice the inquiry in its fact-finding mission.

Pretorius asked Zondo to consider summoning Manyi to explain his conduct before the commission. “We believe it’s important to take every step for witnesses to testify without any fear,” he said. Zondo supported Pretorius’s views, saying the protection of witness was important. “If witnesses are being intimidated, then we need to look at this very seriously,” said Zondo.

Williams’s testimony detailed Manyi’s arrival at GCIS and how he made wholesale changes to the institution’s bid adjudication committee, which was tasked with the awarding of tenders. The changes include the purging of individuals in the committee and appointing some individuals who didn’t have the requisite qualifications and skills.

“The processing of tenders was completed by bid-evaluation committee. That changed [when Manyi arrived at GCIS]. The process had to now be completed by Manyi alone,” said Williams.

The GCIS’s media buying function, which buys advertising space from media entities, also had to report directly to Manyi.

At the start of the inquiry, Manyi requested special accreditation to attend the commission – much to the confusion of Zondo as the commission’s hearings are open to the public. As part of its terms of reference, the commission is investigating whether the controversial Gupta family used its enormous political influence to channel government’s advertising budget to benefit their media entities and improperly profit from the state.

It’s not yet known whether Manyi will testify at the commission to give his version of his events about how government’s advertising spend kept the New Age and ANN7 afloat while competing independent media titles would struggle to get a share of this spend.

In August 2017, Manyi “bought” New Age and ANN7 from the Gupta family through a controversial vendor financing deal. As part of the turnaround of the media titles, the New Age was rebranded as Afro Voice and ANN7 morphed into Afro Worldview. Both media titles have been shut down.

Ray Mahlaka is a business journalist at Moneyweb.