Jeremy Mansfield back in the breakfast ‘hot’ seat 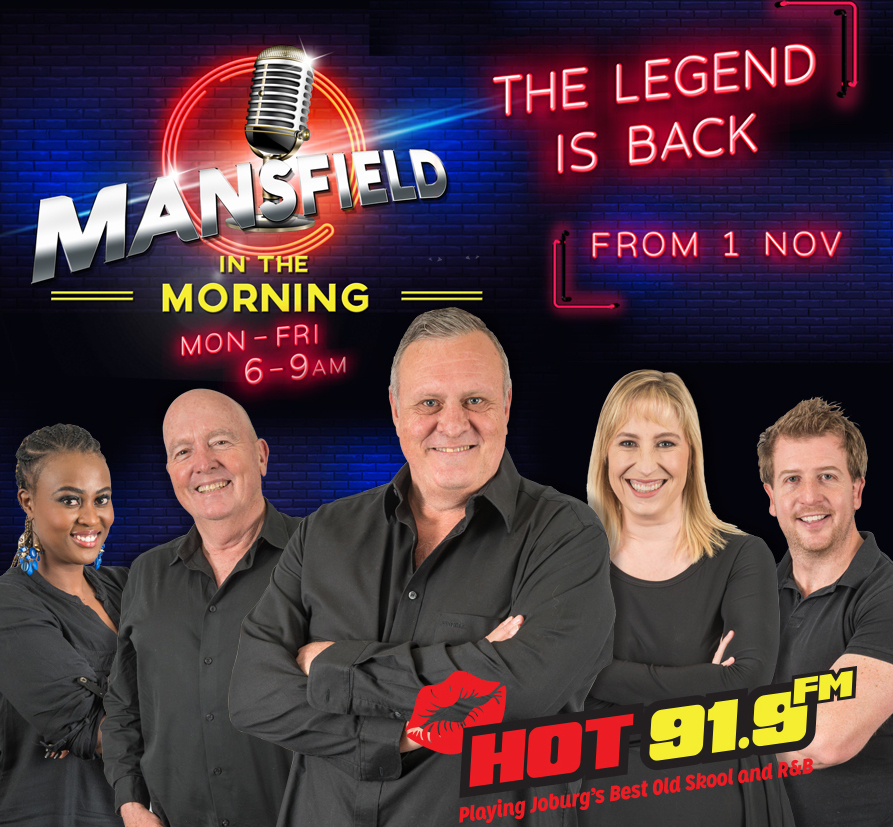 [BREAKING NEWS] Jeremy Mansfield is to host a new breakfast show on Hot 91.9FM, Mansfield in the Morning. This will see him reunited with his former partner, Sam Cowen, and the team Simon Hill, John Walland, Karabo Yibe and award-winning producer, Will Scott. ‘The show starts on 1 November at 6am.

A legendary radio and television man, Mansfield powered the then-Highveld Stereo’s morning drive slot from 1997 until July 2010. On his return to radio, he said: “I’ve always believed in the unifying power of laughter and creating shared value in the communities I serve. Here I get to do both”.

Hot 91.9FM in a statement said Mansfield would bring to the show his unique brand of humour, talkability, commentary and, of course, his opinion on just about everything from A-Z. “His passion for community enrichment is well known, and this will form an integral part of the show,” it said.

Mansfield replaces another veteran radio voice, Sasha Martinengo, who was fired on 2 October for referring to EFF leader, Julius Malema, as a monkey while on air. While the party welcomed the radio station’s swift response, its spokesperson, Mbuyiseni Ndlozi, said it would pursue a criminal case against him. Martinengo stood by his words, saying in a tweet: “I’m sorry if I offended anyone,but I stand by what I said. Anyone, irrespective of their race, colour, creed , religion, gender who disrespects a woman is a monkey.”

Mansfield is a much-loved replacement. As Hot 91.9FM programme manager, Tony Murrell, said, “It’s great to have someone of Jeremy’s calibre at Hot 91.9FM. Jeremy is loved by so many, especially here in Johannesburg.”