Why journalists in South Africa should do some self-reflection 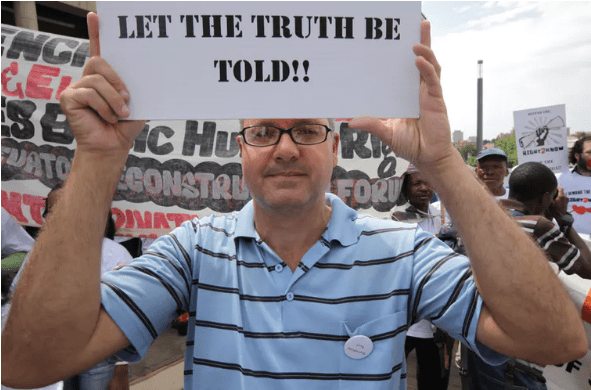 
[COMMENT] It is fitting that the apology by the editor of Sunday Times, South Africa’s biggest newspaper, for its serious lapses in editorial independence and judgement came at the start of a week in which the country celebrated Media Freedom Day.

Also known as “Black Wednesday”, the event commemorates the day, in 1977, when the apartheid government arrested, detained and banned anti-apartheid activists and shut down three newspapers. The attack on the media was sustained throughout the 1980s, including two States of Emergency which severely curtailed freedom of speech.

When celebrating Media Freedom Day in post-apartheid South Africa, it is customary to recall the resistance offered by critical newspapers during apartheid, and rejoice in the freedom now entrenched in the Constitution. The vital work done by today’s investigative journalists to expose corruption, state capture and corporate malfeasance is rightly féted.

But often forgotten or underplayed is the shadowy side to media history – and contemporary parallels.

Sunday Times editor Bongani Siqoko was apologising for the excesses of his immediate predecessors. These included false allegations about a police “hit squad” in the KwaZulu-Natal province. Another was about a “rogue unit” at the South African Revenue Services. The apologies stemmed from the fact that the journalists who wrote the articles had not done the proper checks on their sources. And that they were led by the nose to further the agendas of particular politicians wanting to weaken state institutions.

There are historical resonances. The most egregious example of media capture during apartheid was the “Information Scandal” in which the then governing National Party attempted to buy the Rand Daily Mail newspaper in order to provide propaganda. When that failed it launched The Citizen, using a secret slush fund.

The Nationalist government could also count on the support of the Afrikaans media, especially the media giant Naspers. As former editor and journalism professor Anton Harber has pointed out, the

gravest sin of the Afrikaans media was not what it said but what it systematically hid from its public: the forced removals, the prison torture, the slave working conditions, the censorship, the petty segregation, the daily humiliations – all the conditions that defined apartheid and made it so horrifying to the rest of the world.

Naspers refused to testify before the Truth and Reconciliation Commission about their role under apartheid, leading to a group of renegade journalists submitting their own affidavits. An apology for the newspaper group’s complicity with successive apartheid regimes was only made at the company’s centenary in 2015.

Although the mainstream English-language press were more critical of apartheid, theirs was often a liberal opposition aligned with mining capital, and offered from a white perspective. The Black press and alternative media, often harassed, sued, threatened and driven underground, were the ones that paid the highest price for their principles.

South African journalism again faces a crisis of conscience. The New Age newspaper and its sister channel ANN7 were widely seen as an attempt by the controversial Gupta-family to extend their state capture agenda to the media sphere. And the close relationship between the executive chairman of Independent Media, Iqbal Survé, and members of the African National Congress, has repeatedly raised questions about editorial independence at the group’s publications.

Added to the extremely serious ethical lapses by the Sunday Times is the ongoing concern that South Africa’s mainstream media does not listen to and reflect closely enough the voices of the poor. What gives these issues a global backdrop is the rise of a “post-truth” era where politicians have used the public’s distrust in the media to serve their own agendas.

In this context, media accountability and transparency are key. If journalists demand accountability from the state and politicians, they too should be accountable to the public.

Apologising to the public and parting ways with the offending journalists was the honourable thing for the Sunday Times to do. Without action a press code can become merely a smokescreen. More needs to be done.

Instead of exchanging the usual platitudes about the Fourth Estate and patting one other on the back, journalists should do some soul searching. In view of this, the three Sunday Times journalists responsible for the series of contentious stories would do well to heed calls by experienced investigative journalists to reveal their sources.

At first glance, the call might go against established journalistic ethos. But this ethical rule is meant to protect vulnerable whistleblowers, not manipulative crooks. The fear is that naming sources might have a chilling effect on future investigations. But this doesn’t quite apply here. Those who fed the journalists lies were driven by sinister motives. They imperilled, rather than advanced the public interest. Exposing them might be the only way to get to the root of a much wider political rot – which is at the core of what good journalism should be doing anyway.

The South African National Editors’ Forum has announced that it will launch an investigation into editorial integrity at the Sunday Times. It has rightly emphasised its preference for self regulation over statutory regulation. But, for self regulation to work well enough to restore public trust, this investigation should extend beyond the Sunday Times to consider the state of ethical awareness and practice across newsrooms. The extensive body of academic research on ethics and journalism practices would also be a valuable resource.

The editors’ forum would be well-advised to ensure that its investigation involves members of the public to establish participatory and “open” ethics. Thankfully, the Press Council of South Africa, the independent co-regulatory body set up to safeguard ethical journalism, has significant public representation. This signals the importance of co-regulation as a public good rather than an insider-only affair.

The public has a right to know why these lapses occurred, why those that spoke up against them were silenced, and why the basic journalistic rule of corroborating sources was not followed. Siqoko deserves praise for his apology. It might sting now, but it is bound to pay off in the long term. Integrity does not come cheap.