Posted By: Glenda Nevillon: December 19, 2018In: News, Out of Home
Print Email 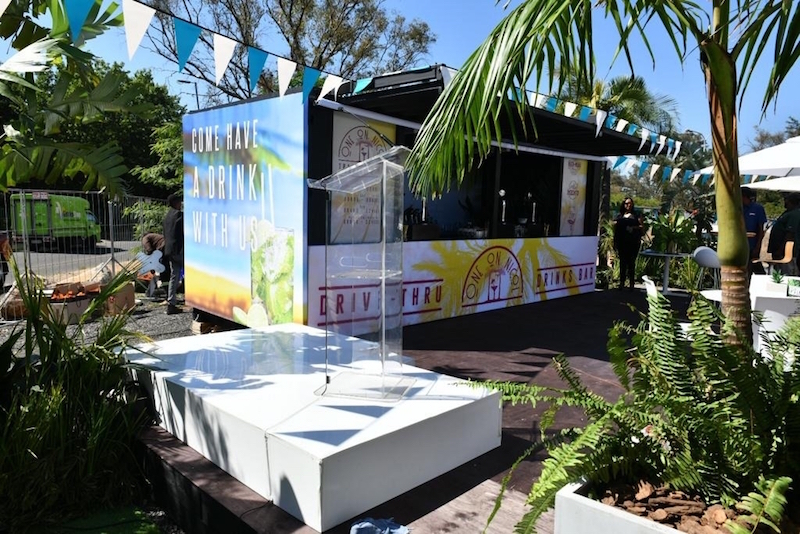 A provocative activation has yielded a massive talkability factor for NGO, the Association for Alcohol Responsibility and Education (Aware.org.za).

The agency responsible for the idea, Riverbed, said the response to their ‘pop-up drive-through bar’ on William Nicol Drive has been “phenomenal”.

“The campaign was trending no.1 in South Africa on Twitter on the first day of the campaign,” said executive creative director, Bridget Johnson. “Our launch was televised live on eNCA, and later covered on SABC news, 702, Soweto TV, News24 and many other broadcast and online channels,” she said.

The idea, which aroused some controversy before the public realised what lay behind the activation, was to reboot the conversation around drinking and driving as the annual holiday season kicked in.

“Most gratifying has been the response on social media indicating that the campaign has been well understood and prompted some to ‘Re-think’,” Johnson said.

Some people were excited by the opportunity to stop for a quick drink on the way home from work while others were outraged, quoting the stats around alcohol-related road deaths and legal limits. The old adage, ‘one for the road’ came under intense scrutiny too. 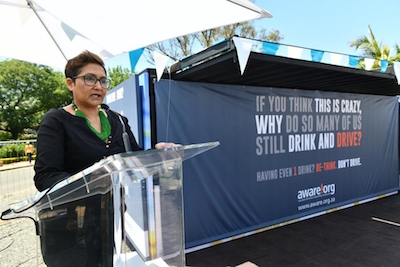 “There is a propensity for people to shrug off the responsibility of road safety when they’ve only had a few drinks,” said Ingrid Louw, CEO of aware.org.za. “They’ll say ‘I’m fine to drive’, or ‘I’ve only had one or two’. But the fact is that even one drink can affect our ability to make good decisions on the road, no matter our size or how accustomed to alcohol we are. But do we really know our limits or when we’ve had enough?”

“Twenty years of festive ad campaigns haven’t seen the impact we require to shift perception, so it was time for a new approach that we hope will cut through the clutter to get a desensitised public to engage in a debate of drinking and driving and drinking and walking, but more importantly get the public to re-think their own behaviour when they’ve had even one drink. This activation was a way to get the public to actively engage in the conversation around drinking and driving or walking at a time of the year when it is top-of-mind and relevant for everyone on the road,” she said.

Riverbed were briefed to ‘#ReThink’ how to make the messaging resonate.

“… We knew that a traditional radio and OOH approach wouldn’t be enough to achieve our campaign objectives, especially for a well-trodden issue like drinking and driving,” Johnson explained. “Getting attention at a busy time of the year, on a familiar issue would be tough, so we chose a route that was truly social media-led, allowing the campaign to be defined by our audience.”

Louw said engagement on social media platforms had revealed a misunderstanding of why drinking and walking was of such a great concern. “So, it is important to us that we speak directly to communities to drive behavioural and cultural change. This is a collective effort to realise safer environments and public spaces for all,” she said. “Our aim is to be both empowering and responsive in addressing this issue. We are working with government, industry, civil society, traders and communities in addressing a problem that has been ignored for too long and that affects each and every one of us.”

Monalisa Zwambila, Riverbed CEO, said Re-Think was an ideal opportunity for the agency to demonstrate its commitment to creating brand experiences people want to spend time with. “It wouldn’t have been possible, however without the vision and partnership of a brave client, Ingrid Louw, CEO of aware.org,” she added.

The partnership between Road Traffic Management Corporation (RTMC) and aware.org is a strategic balance between road safety and enforcement while driving awareness and education. Aware.org.za has signed a five-year Memorandum of Understanding with RTMC to implement relevant road safety programmes, campaigns and initiatives. 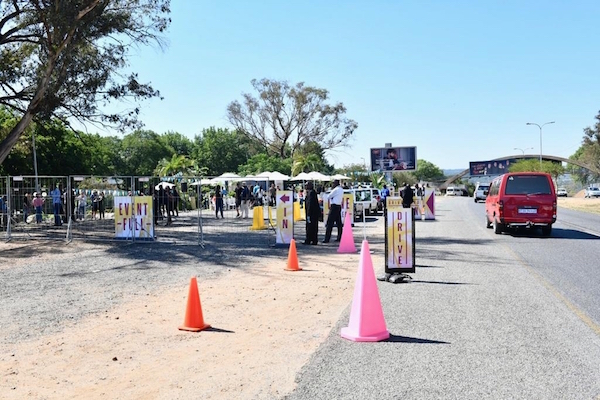