The Battle of the Festive Season Ads 2018 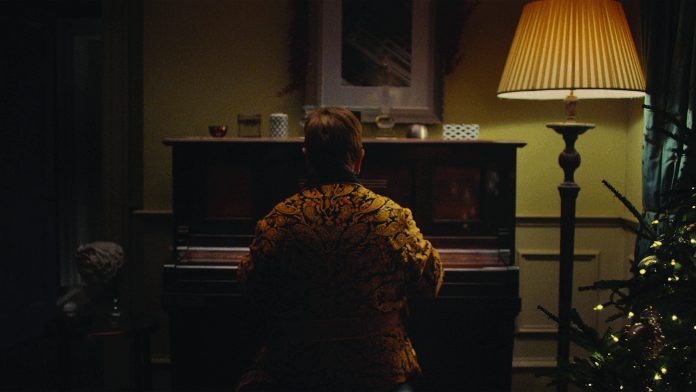 It’s the most wonderful time of the (advertising) year where we do a roundup of the twinkling Festive Season ads on offer. This year hasn’t been without its coincidences, controversy and face-offs – just how we like it.

Two IKEA adverts were made this Festive Season, coincidentally with the same theme, a “serendipitous development” as Brandchannel.com calls it. The Canadian commercial, Magic Man and IKEA Sweden’s Little Magic both feature young would-be magicians showing off  their  skills (or lack thereof) over the holidays.

Magic Man’s Bibbidi-Bobbidi-Boo soundtrack from Disney’s 1950 version of Cinderella, sung by Verna Felton, is the perfect accompaniment to a beautifully crafted ad. The commercial speaks of product-longevity when the young magician’s grandpa upgrades old Kallax shelves to help his grandson perform magic. This graciously highlights the payoff line; “When you get someone that perfect gift, you can feel it in your heart.”

The Swedish ad also taps into product sustainability but from a different angle. The girl magician is confident but hilariously unsuccessful with her wand as she whips away the table cloth from under the holiday dinner settings. As the crockery and cutlery go fly in slow motion we see the products are “durable” or “tempered”.  Both ads speak clearly to the IKEA product offering as well as the excitement and magic of Christmas. The humour of the Swedish ad just tips the balance though, getting our hard won vote.

A Not So Happy Christmas

Cause marketing Christmas ads have touched our hearts and dampened our appetites this Festive Season. Firstly, The International Committee of the Red Cross (ICRC)’s The One Gift Santa Can’t Deliver . The piece is a hard-hitting reminder of people not spending holidays together as Santa Claus stumbles through a war zone in search of a girl separated from her family.

Says Mike Sutherland, the Executive Creative Director from the agency creators adam&eveDDB, “We wanted to create a film that showed what Christmas is like for these children. At the same time, we wanted to create something that would cut through the usual Christmas schmaltz.” They certainly did that.

The second ad advert is a Greenpeace short film, Say Hello To Rang-Tan, which was flighted as UK retailer Iceland’s Festive Season ad. The supermarket also pledged to remove palm oil from its own-brand foods by the end of 2018. The ad highlights the devastation the palm oil industry has had on Orangutans and the destruction of their rainforest habitat.

The banning of the film has only served to highlight the issues at stake and has garnered over 1 030 000 signatures in a petition to overturn the ban. With over 5.5 million rapidly growing views on YouTube the cause is reaching further than it would have on BBC and #NoPalmOilChristmas is going have longevity well after 2018.

This year UK retailer, John Lewis, who has a cult following of their Christmas ads, received some unexpected competition. Their official ad, #EltonJohnLewis  was launched amid much anticipation as well as rumours of how much Sir Elton John was paid to feature. Enter an unexpected David (aka Phil Beastall, filmmaker and video producer) to the John Lewis Goliath.

Phil Beastall actually made his ad, Love is a Gift, in December 2014 but it has seen a viral resurgence – possibly in reaction to the enormous spend on #EltonJohnLewis. Beastall’s commercial apparently cost £50 to make and it has touched over 1.7 million people on YouTube. It is an exquisite piece of film making.

Elton John reportedly was paid £5m to star in #EltonJohnLewis which has sparked much controversy online. Over and above the budget furore surrounding the official John Lewis ad, it also created confusion about what the retailer actually sells. As many on social media have commented, “John Lewis doesn’t sell pianos”, well they do now.

Sheila McGillivray is Tribe Leader at One Lady and a Tribe.