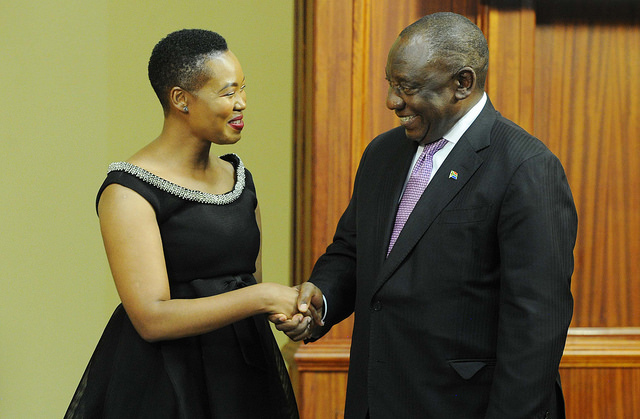 
It seems we are in the end game for the SABC. Reports that three SABC board members have resigned signal not only the imminent collapse of the board but also the deepening of a deliberately engineered crisis, and just a few months before elections it is a crisis not just for the media sector but for our democracy. Of course it didn’t have to be this way and there is still a chance we might just avoid a catastrophe.

How did we get here? A few key issues have been at play. All of them avoidable, all complex and with a history but for summary purposes:

One of the biggest areas of contention has been the Section 189 process, that the board had decided to embark upon. Understandably never popular it placed the board in an impossible position. Reportedly 42% of costs went to salaries, and it meant the board had to make dramatic cuts and start to build an SABC for the future but at the same time not reduce the headcount.

Retrenchments in a failing economy are disastrous, and the scale and number should be kept to an absolute minimum, but losing an entire public broadcaster is even greater. We have a strong judiciary and active civil society and some good unions who will all work to ensure that no Section 189 process occurs outside of the law and in a manner that is arbitrary or unfair.

Towards the end of 2017 SOS, MMA and FXI won a historic case that meant for the first time we had an independent board. It gave us cause for hope for the rebuilding of the SABC together with the appointment of strong capable senior executives. Despite this, both Parliament’s portfolio committee on communications and the new minister of communications, Stella Ndabeni-Abrahams, have sought to interfere in the operations of the SABC and the boards decisions. Instead of backing them they attacked the board. Most recently Ndabeni-Abrahams, in an extraordinary move, decided to cut all relations with the board, a decision so rash it can only be read as a clear tactic to collapse the board.

The board for their part have pushed back strongly – going against the grain and the previous power dynamics and in so doing have created endless enemies as a result, not helped by their unpopular decision about retrenchments its no wonder they find themselves isolated.

Now we hear that three members have resigned. If true it means that when their resignation notice ends the board will be inquorate. A disaster. Parliament’s portfolio committee on communications has been aware of the need to appoint new people since March this year. Instead they dithered and delayed despite numerous requests and letters from SOS and MMA. We warned them of this crisis and the members of that committee will have to shoulder much of the blame for the impending catastrophe.

But of course as they say follow the money, and it has been to their credit that the SABC have been highlighting the dire financial situation that the SABC is in. For over a year the SABC have been warning that it needed a guarantee. Government, seemingly happy to hand out bailouts to SAA and others has been loathe to offer a guarantee to the SABC despite them actually having a plan, and despite their critical function to democracy. Instead of acting and helping possibly to avoid the Section 189 to begin with they have been silent or have attacked the board.

There is only one person who can stave off the impending crisis and it is our president. If the guarantee is not provided and the resignations withdrawn or new members not appointed here is the most likely scenario. We will have a collapsed board before the elections.

Parliament will have to appoint an interim board. With what’s happened to the last boards does anyone think any person of good character would want to step in at that time? We have seen this before where the calibre of applicants was so poor that Parliament had to re-advertise the positions. We won’t have that luxury now, and what is most likely is a politically compliant board. With the collapse of the current board there is little incentive and will be no protection for the senior executives to remain.

With the CEO, COO and CFO gone there will be little chance that the head of news will stay. With elections looming even if government suddenly wakes up and gives a guarantee the SABC will have lost too many good people and their credibility over the elections is also guaranteed to suffer. We saw previously the impact of undermining the credibility of the SABC had on advertising.

Collapse of SABC will make Section 189 look like a picnic

To make matters worse for the SABC, MultiChoice’s new news channel will be launching next year and with e.TV’s additional news offering on Open View, and the possible licensing of a further free to air licence the advertising pie will be even smaller, and less incentive for people to support a crisis ridden SABC.

In addition the SABC’s lack of resources will, like Eskom, be faced with an impossible decision to keep afloat and not maintain or invest in new technology and like Eskom, will have their equivalent of load shedding. The end result will be an SABC that won’t be able to take their audiences to digital and SABC will be left even further behind. In short, the collapse of the SABC board will ensure that the current Section 189 process will look like a Sunday school picnic in comparison to what is likely to happen.

So who are the real losers? The public who need and rely on the SABC, the workers who will lose their jobs and credibility, and the entire media sector for a failed public broadcaster is clear and present threat to our democracy and the sustainability of our media sector.

Again these crises could have been avoided, if power plays, petty politics and egos had not trumped long term thinking and planning. Our president has now made Thuma Mina a wonderful catch phrase. It’s time Mr President to live up to it, Please Thuma Mina and prevent a catastrophe for our country.

Please Mr President, get the guarantee, refuse the resignation of those who have resigned and ensure that the board remains until the SABC is stabilised and certainly at least till after our elections.

This story was first published by Daily Maverick and is republished with permission.