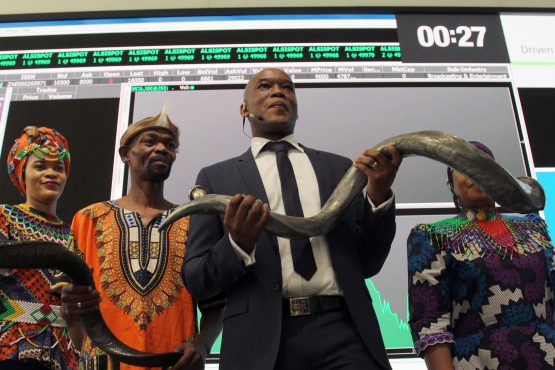 
MultiChoice, which recorded a market capitalisation of R42 billion on its Wednesday JSE debut, plans to aggressively grow the number of pay-TV subscribers it has in the rest of Africa (outside South Africa) as part of its next growth vector.

Now separated from parent company Naspers, MultiChoice wants to grow its pay-TV subscribers in the rest of Africa threefold over the next four years as it faces intensified competition from online subscription platforms such as Netflix and Amazon Prime.

MultiChoice Group CEO Calvo Mawela says the company can grow the number of its rest-of-Africa subscribers from the current 14 million to 44 million by 2022.

“Traditional pay-TV is still under-penetrated in Africa and that gives us the opportunity to double down on efforts to capture that market,” Mawela told Moneyweb.

“How quickly we get there [to 44 million subscribers in rest of Africa] will depend on the investments we have to deploy and setting up the logistics to get to customers at a much faster pace.”

Read: The bear and bull case for MultiChoice

Asked about the capital expenditure MultiChoice has allocated for its growth plans over the next four years, Mawela says the company cannot disclose the value, adding that the value has been “stable year-on-year”.

“We don’t think there is a huge need for infrastructure investments. We already have satellite responders and digital terrestrial television networks in countries outside of South Africa. We only have to invest in IT and artificial intelligence.”

Mawela says MultiChoice will grow its pay-TV subscriber numbers in markets where it has already established points of presence (sales agents, installers and retailers). “For example, in Nigeria we have 5 000 points of presence across the country enabling us to reach a wider pool of customers.”

MultiChoice’s JSE-listing and focus on the rest of Africa comes at a time when it faces heightened regulation in South Africa and the proliferation of international streaming services that are targeting its premium customer segment.

Despite this, the core DStv pay-TV market remains strong. The business grew its subscriber numbers to 7.2 million for the six months to September 2018 compared with 6.9 million for the corresponding period in 2017.

This, Mawela says, challenges the notion that customers in South Africa are ditching their DStv subscriptions for Netflix. “The statistics we are getting from our research is that seven out of 10 people in SA have a Netflix subscription in addition to a DStv subscription.”

He says MultiChoice has room to grow its pay-TV subscriber numbers in South Africa, especially in the middle-to-mass market, where it has registered “400 000 to 500 000 subscribers over the past two years”. The middle-to-mass market refers to customers subscribing to its DStv Compact, DStv Access, DStv Family and DStv Easy View services, which have a monthly subscription price threshold of between R29 and R385 (as of September 2018).

Netflix is stepping up its efforts to invest in original video content, and its service is expected to be easily accessible considering that the price of mobile broadband will decline over time.

To defend its market position, MultiChoice will invest in local content for its streaming services DStv Now and Showmax. “We should be able to do better than the likes of Netflix, which are just focused on video-on-demand content,” says Mawela. “We don’t only have entertainment content – we have sports, local content and news on our platform, which people want to see.”

Ray Mahlaka is a financial journalist passionate about public policy and property.