All that’s good in advertising today 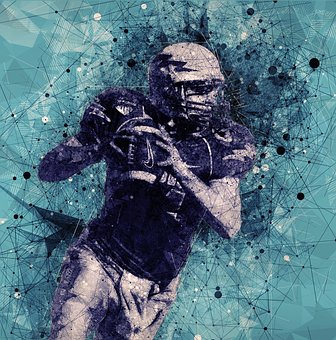 A lot of folks dump on the ad industry these days. I certainly take my shots at the business. Technology, changing consumer behaviours and consolidation and disruption across the media channels are all conspiring to make it tough to predict the future of advertising — which in part makes it an easy target of criticism.

However, this week, with Super Bowl Sunday just over, is a good time to celebrate all that’s special in advertising. This is time to spend a few moments on the counter-narrative to “advertising is a terrible business”.

The Super Bowl. On Sunday, more than 100 million people on average tuned in to CBS to watch the Super Bowl, each and every minute of the telecast. CBS sold $500 million worth of ads during that time. Hundreds of millions of individual laughs, shrieks and cries were spontaneously exuded by viewers as they watched those ads, many of them with the most adorable dogs, horses and lizards that sight, sound and motion have ever captured.

Tech flight to TV and brand advertising. Companies like Amazon, Google and Facebook were built on the internet. They have caused extraordinary havoc and headaches in and around the advertising industry. However, as The Wall Street Journal reported last week, now that their businesses are scaled and they need to maintain and accelerate growth, the three biggest tech players have taken to TV in a big way with brand advertising. Amazon’s national TV spend alone grew 60% last year. So much for that oft-heard notion that network TV is dying.

Podcasts and cool, cheeky subway, bus and satellite radio ads. The past two decades have certainly brought some sadness to the ad world with the demise of many pages, publications, ads and energy from newspapers and magazines — institutions that most of America woke up to, delighted in, and wrapped themselves in on their couches in quiet moments.

We mourn their passing. Fortunately, the past few years and the emergence of a whole new breed of direct-to-consumer brands have brought us a reinvention of audio and radio ads and filled our subways and buses with fun, cheeky mini-billboards that you actually want to read.

Lee Clow’s Beard. OK, maybe advertising great Lee Clow doesn’t really tweet much: @_clow is mostly about smart retweeting. But at @leeclowsbeard, we get tweets that we’re just sure that Lee would say, that represent thought bubbles springing from his brain. Like this morning:
“Dearest Client,
Of course the ad can say whatever you want, as long you don’t mind it failing to achieve anything you desire.
Love,
LCB”

There is so much that’s good in advertising today. Yes, there are changes and they are hard to predict. Yes, the changes are coming faster and faster. But honestly, folks in the ad industry shouldn’t be anywhere near as “aggressively frozen” as I heard an industry leader describe them yesterday.

This story was first published on MediaPost.com and is republished with permission of the author.