Digital out of home in Africa sees double digit growth 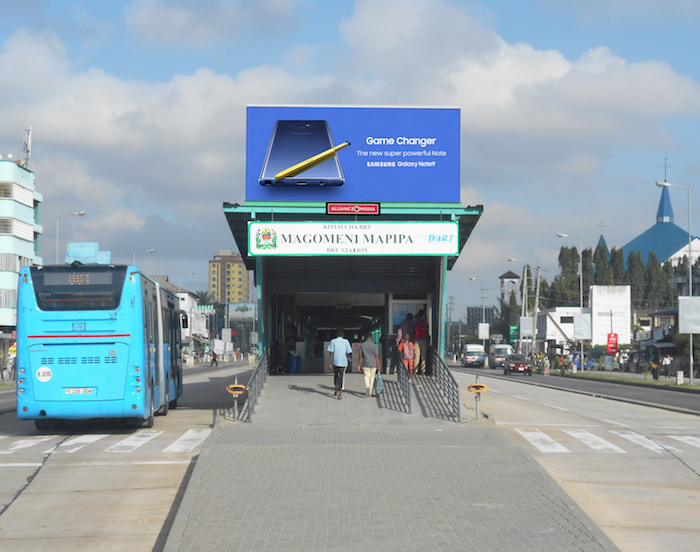 
Out of home is exploding across Africa, aided by infrastructure development, reduced costs and technological developments.

Following the September 2018 PwC Outlook on out of home (OOH) advertising in Africa, it’s clear the platform will hit explosive growth in the next five years, where digital out of home (DOOH) has tipped the scales.

“Digital has exploded across the continent with forecasts reflecting double digit growth over the next five years,” says Howard Lonstein, marketing manager of Provantage Media Group’s Outdoor Network. “Locally it is forecast to account for 40% of OOH spend in the next four years.” Digital has been, and will remain, a key area of focus for all the major media owners. This bodes favourably for OOH, contributing to continual growth in the industry, he says.

In key markets where OOH is a high demand channel – the top five markets in Africa being Nigeria, Ivory Coast, Cameroon, Ghana and Kenya – Provantage uses a host of different data sources to assist in research and insights regarding the respective markets, media habits and consumption.

DOOH is increasingly prevalent with large supersites (100m2 and larger), of various formats. Examples include wallscapes and massive gantries lighting up the cities and night skies.

According to Lonstein, these developments have been made possible as a result of reduced costs and technological advancements. “Today the medium is far more accessible and affordable than it was just a few years ago, and this drives growth.”

DOOH provides immense value to both advertisers and media owners and is driving innovation in the OOH environment.

Greg Benatar, group sales and marketing director at Alliance Media, is in agreement, with the innovation, but cautious about the take-up rate in Africa. “Digital out of home has been the big innovation driver in the out of home arena globally over the last five years. This has been slower to penetrate the African space, predominantly due to the high cost of capital infrastructure with relatively low media rates in an environment of erratic power supply.

“However, as infrastructure in Africa grows, we can expect to see more of this type of media offering, making campaigns more relevant than before through location-based targeting,” says Benatar.

“Growing populations on the continent have led to multiple infrastructure projects centred around traffic alleviation, which has reached critical levels in many African cities,” he continues.

Tanzania’s Dar es Salaam recently launched its Bus Rapid Transit system, which has revolutionised commuting within the city through the deployment of 29 new stations. “The project of 21km of newly-built dedicated bus lanes across the city boasts carrying circa 200 000 commuters per day,” reveals Benatar.

Alliance Media was awarded the exclusive media rights to the project and has recently installed digital out of home screens at all stations. The screens are seen by all commuters and offers the first real digital mass transport medium in Africa.

“Technology of this scale has not been seen in Africa previously as programmatic media placement is now available on a mass level,” says Benatar. The sites offer interactive messaging as messages are offered on a localised basis relating to particular stations and various retail offerings around them.

As the continent grows so does the demand for air travel to bridge the various countries and markets’ needs, for business, leisure and trade, Lonstein says. “This presents a host of exciting opportunities for a media group such as Provantage to introduce and complement such development with world class advertising opportunities.”

Today, creatives and advertisers have the ability to tap into dynamic new methods, Lonstein says, through which to both integrate with other channels such as mobile and deliver innovative creative messaging and campaigns by use of digital.

Over the last five years, Africa has seen the highest rate of global population growth at about 2.5% annually. Estimates show that by 2025, almost half of Africa’s citizens will be living in cities. This has attracted and positioned the continent as a major investment market, resulting in road infrastructure growth, and a buoyant property market.

Lonstein says, “With increased urbanisation there has been substantial growth within the commercial and retail property market, complemented by improved consumer spending power.” This is driving increased retail activity, tourism and local, regional and international business and leisure travel.

The new world class airport in Addis Ababa and the recent stature of Ethiopian Airlines, and the six new airports being developed in Nigeria, are indicative of this boon.

Provantage is looking to leverage this new reality across several business units through the extension of its host of local service offerings, such as Transit Media, Airport advertising etc. into some of the biggest markets across Africa. Introducing new opportunities and OOH innovations, they’re providing the opportunity for both South African agencies and multinationals to work with one company that is able to deliver on all their OOH needs in key markets across Africa.

Lonstein points out that the continent has seen major investment by several foreign countries and multinationals in the past decade, opening up new opportunities for trade and bolstering employment, such as the huge mobile money industry, which accounts for about 63% of the global market.

Provantage has also seen several local property companies moving to Central and North Africa – such as Broll, Atterbury Property Fund, and Attacq, working with a host of local stakeholders with the aim of expanding and formalising retail and commercial trading environments.

He sees opportunity in the diversity of media across electronic and print offerings serving vibrant markets. “All these factors, from economic growth to media fragmentation, provide an ideal environment in which OOH is able to offer many opportunities to provide a communication vehicle and access to sought after consumer sets.”

From traffic regulating gantries and digital public service displays to self-cleaning toilets, solar powered billboards and bus shelters that provide visibility for commuters at night, out of home (OOH) is stepping in with innovation solutions to community specific issues in Africa.

“We have to be aware of the areas we are operating and apply solutions in that context and then engineer a solution based on what’s happening in that country,” said Lunga Majija, JCDecaux’s head of operations for Africa.

“Take South Africa where we have a number of solar billboards, but also a problem with the solar panels and batteries being stolen. In other countries, theft might not be an issue but vandalism is. We have to be aware of the space we are playing in and design for that space.”

The goal of Majija’s division is to look for, and provide, new areas of growth for the company, which in developing countries in Africa, and elsewhere, often means finding innovative ways to interact with the public by providing a solution to a problem in a particular area. The advertising then, pays for the installation and maintenance of the service. One example is self-cleaning toilets, some of which the company has already installed in high-density locations in West Africa, where there were previously no public facilities.

The aim is to roll out toilets in other cities in Africa facing similar issues. Another example of JCDecaux’s solutions based approach to OOH, are traffic regulating gantries that communicate via Bluetooth censors, plotted along major routes and arterials, and offer information to commuters on better, alternative routes.

“We looked at the cheap looking bus shelters that were being installed without any consideration to the environment and came up with the solar powered bus shelters. If a person is waiting for a bus and it starts getting dark it can be a little scary, but these shelters provide a safer environment for people to wait in.”