Five things you need to know about the future of journalism 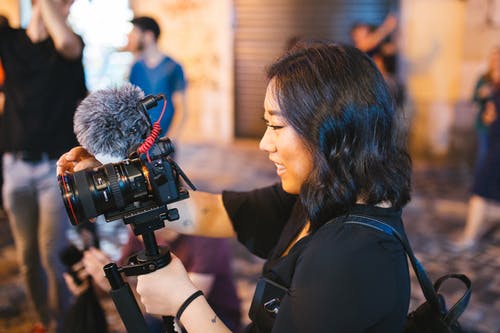 A new report by the Reuters Institute for the Study of Journalism (RISJ) at Oxford points to an important future for investigative reporting. 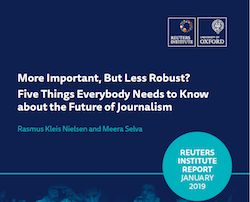 The 24/7 news cycle, along with cost-cutting, and pressure to produce more with less across many different formats have led to an increase in superficial journalistic output.

However, the best journalism today is better than ever, argue Rasmus Kleis Nielsen and Meera Selva in the report “More Important, But Less Robust? Five Things Everybody Needs to Know about the Future of Journalism.”

“And the role of journalistic revelations in many different cases, in the #MeToo movement, in confronting corruption amongst public officials in countries including India, South Africa, and elsewhere, and in fuelling public debate around platform companies’ power and privacy practices and other issues in the private sector, underline the continued importance of investigative reporting.”

Here are the other trends they believe will play out across the globe in the coming years.

The full report can be accessed here.

Simone Flueckiger is a reporter writing about all things journalism at the World Association for Newspapers and News Publishers, WAN-IFRA.