Tough times for political journalists ahead of elections 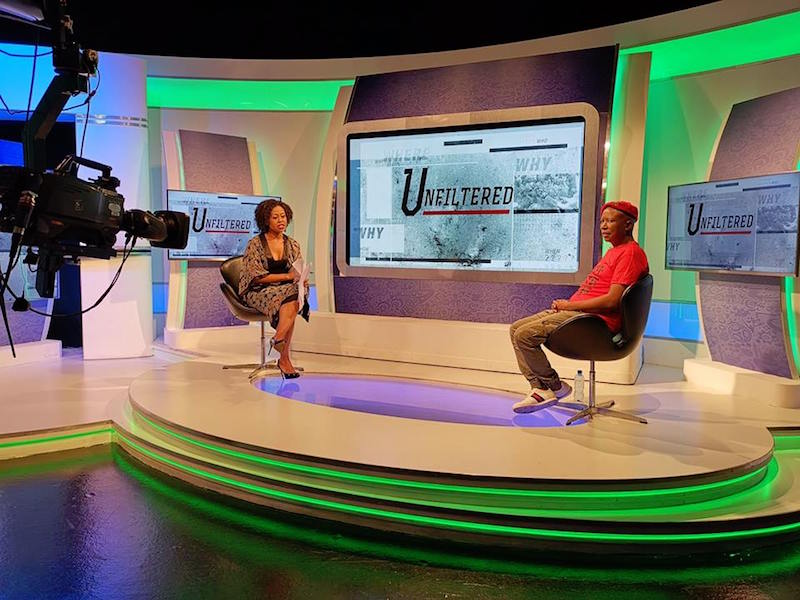 
Ugly battles between journalists, certain media houses and political parties and their leaders have drawn a vivid picture of the challenges political journalists face in South Africa, especially with just two weeks to go before the country votes in a general election many believe will be the most important since 1994.

“Being a political journalist in the field in South Africa is probably more stressful than it’s been at almost any other time since 1994.” Seasoned political journalist and host of SAfm Sunrise, Stephen Grootes has reported on and analysed South African politics for over 20 years. Yet covering the May 2019 elections has come with pressures most reporters have not had to deal with before, and the outlook is scary.

“The advent of social media means journalists are judged, both by their audiences and politicians, more than ever before,” says Grootes. “Some politicians feel they can bully journalists in a way we have not seen before. This is very difficult to deal with. In some cases, journalists will have to become used to being part of the story, rather than just reporting.”

“The situation is complex and constantly shifting. I think one of the saddest things is the threat from community members…. [who] sometimes feel that the media don’t care about them and don’t cover their interests,” she says. “We can ill afford not to be in touch with poor people, marginalised people, people that live outside the main metropoles. We need to strive to cover the issues, needs and aspiration of all our citizens.”

Then there’s the wider threat from global players, an example being Russian interference in the 2016 US elections and the United Kingdom’s ‘Brexit’ referendum, which was muddied by a poisonous mix of data mismanagement, targeted advertising and online misinformation.

“This is one of my biggest worries,” says senior lecturer in media studies at UCT, Dr Musawenkosi Ndlovu (who has a particular interest in political communication).

“The state capture project, to use one example, was a global project. Outside of South Africa, there are people who stand to lose, in terms of global geopolitics and commercially, if South Africans vote in one way or the other. Locally, some of those people are the very people who are tasked with protecting us,” he adds.

There is clear evidence to suggest that this is a very real possibility, reckons Media Monitoring Africa’s William Bird. “We saw it in the US, the Brazilian and Kenyan elections; it would be foolish to think that the threat isn’t very real here.” And, he adds, “One of our biggest emerging threats is disinformation.”

Which is something of enormous concern to professor of media studies and director of the Centre for Film and Media Studies at the University of Cape, Herman Wasserman.

“Increasingly social media is becoming a space where political battles are fought out, often in nefarious and hidden ways, and journalists as well as citizens need to question everything they read on these platforms,” he says. “Also, importantly, journalists and social media users should take care not to feed the disinformation machine by passing on unverified information. We have seen a rise in dangerous populist rhetoric that often draws on racial, ethnic and gender stereotyping in our social media space in recent years.”

Wasserman says while Twitter and Facebook are known for the way they can facilitate extreme speech, WhatsApp often escapes critical scrutiny because it is less public and more difficult to penetrate if you are not part of the circuits of distribution (e.g. chat groups). “In volatile contexts such as ours, especially ahead of an election, these platforms should be handled with extreme care,” he warns.

A piece by Brazilian academic Luca Belli, Professor of Internet Governance and Regulation, School of Law, Fundação Getúlio Vargas, pointed to misinformation shared on WhatsApp as having a profound impact on that country’s election, and the elevating of far-right congressman Jair Bolsonaro into the presidency. “Using WhatsApp, a Facebook-owned messaging service, Bolsonaro supporters delivered an onslaught of daily misinformation straight to millions of Brazilians’ phones,” Belli writes. These included doctored photos, manipulated audio clips and fake fact checks.

Grootes points out that all sorts of politicians make all sorts of claims during the run up to elections. “To report on this, the earlier you can fact-check, the better. Obviously this is hard, but if someone makes a claim in a press conference that seems unlikely to be true, a few minutes on Google and then putting whatever you have found to that politician in the same press conference could be very rewarding,” he says.

And he has some advice for editors: “It may well be worth some newsrooms putting a reporter on a ‘fact-check’ desk for the duration [eNCA has done so]. Someone that can follow a press conference from the office, check claims and send back their research to the reporter at the conference for them to ask follow-up questions. Of course, this will need resources.”

What should reporters report?

Gavin Davis, a former DA MP and executive director of communications for the party and current CEO of Resolve Communications, believes political editors and journalists need to report more on party policy, and to try and get interesting policy debates going.

“This means resisting the temptation to focus only on personalities and petty spats,” he says. “Because of the pressures of online reporting, and the clickbait ‘phenomenon’, there is a danger of reporting on the superficial at the expense of the substantial, as well as to sensationalise stories,” says Davis.

“This comes at the cost of reporting on policy issues and, as studies have shown, there is less and less reportage of policy with each election. The parties themselves are alive to this and, as a result, tend to make fewer policy announcements in their communications. This is a vicious cycle that the media and the parties need to break.”

Another issue on reporting is the lack of knowledge on how polling actually works, Davis says. “It is apparent that some editors either misunderstand opinion surveys, or they do not apply the requisite scrutiny to claims made in surveys, resulting in misleading news stories,” he reckons.

“All journalists covering the election need to familiarise themselves with polling methodology and ask pollsters about various aspects of the methodology employed, such as the margin of error, the sampling method and how non-committal respondents and unregistered voters were allocated in the poll.”

Wasserman reckons a particular challenge for political journalists is how they define political journalism. “Politics is not only that which happens in Parliament or on political platforms, but also on the streets among citizens, in the activism of social movements and the often slow but persistent work that civil society organisations do,” he says.

Listen carefully to all voices

“Political journalists would serve the South African public well if they took the time to listen carefully to those voices that might not use megaphones and big platforms, but have important things to say to citizens and communities.”

Davis suggests that if newsrooms are cash-strapped, that reporters hitch a ride with politicians on the campaign trail to ensure they get to more remote areas.

But at the heart of fair reporting, says Ndlovu, is that journalists “must refuse to be caught up in the intra-ANC and inter-political party ideological battles. They are beholden to the interest of the SA public, not political and commercial interests.”