How South Africa ranks in the press freedom stakes 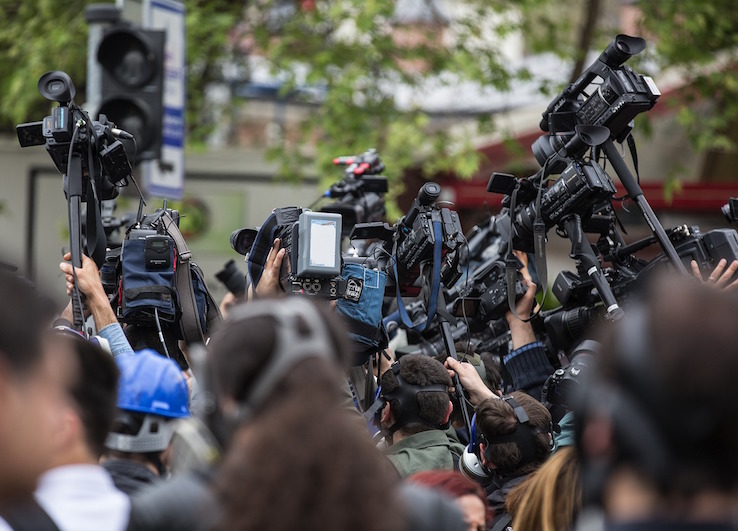 It’s pleasing that the latest World Press Freedom Index released by Reporters without Borders rates the state of press freedom in South Africa as “satisfactory”. Satisfactory is the second best category after “good”.

South Africa is on par in the “satisfactory” category with countries like Australia, Canada, Spain, France, Italy, the UK, Austria and Uruguay. In Africa it joins the ranks of Namibia, Burkina Faso and Ghana.

The index was released ahead of World Press Freedom Day on 3 May.

The World Press Freedom Index looks at several factors in ranking countries. It examines whether and how many journalists were killed in a particular country and if journalists have been jailed. It also considers countries’ legislative framework as well as national debates about the media.

In South Africa’s case the researchers would have taken into account comments made by the country’s head of state President Cyril Ramaphosa as well as those made by the leader of second largest opposition party, Julius Malema. Malema has a chequered history with the media, openly attacking it at times and threatening journalists on social media.

This could be one of the reasons why South Africa was put in the category of “satisfactory”. While there has been hostility towards the media, no journalists have been killed or jailed. Nor has Ramaphosa used vitriolic expletives against journalists – as US President Donald Trump has done – when challenged.

I believe South Africa is in the category it deserves, though there are some worrying trends that need to be watched closely. These might explain why the country has dropped three places since last year. Hints of these emerged recently with the deputy secretary general of the African National Congress (ANC) attacked a journalist for asking a questions she didn’t like. The other worrying trend has been a rise in misogyny on social media directed at women journalists.

The index has five categories.

The first is “good”. Only a few countries are listed here, and most are in Europe. New Zealand is also on the list.

The second category is “satisfactory”. Again, the list isn’t very long. Along with South Africa it includes Australia, Canada and the UK.

The third category is “problematic”. The US, as well as Brazil, Mongolia and Niger, appear on this list.

The fourth category is “difficult”. Countries included here are Russia, India, Mexico, Venezuela, Pakistan, Afghanistan, the Democratic Republic of the Congo and Rwanda.

The fifth category is “very serious”. This list includes countries that have been the worst culprits over the past decade when it comes to the mistreatment of journalists. Among them are China, Turkmenistan, Iran, Syria, Saudi Arabia, Yemen, Somalia, Sudan, Eritrea, Egypt and Libya.

In terms of first and last out of 180 countries: Norway is number one, Finland is two, Netherlands is number 3. At the bottom end of the list is Turkmenistan, with North Korea second last.

It’s interesting, but not surprising, that the US is down from the last index. When Trump took power he labelled any journalist who challenged him as “fake news” and as “fakery”.

Venezuela and Russia also lost points on the index from the previous year.

The countries at the bottom – for example, Egypt, Syria, Libya, Vietnam, China, Eritrea, Saudi Arabia and Turkmenistan – have all variously and to different degrees made it impossible for journalists to do their jobs freely. Journalists have been under surveillance, arrested, jailed, killed and harassed.

In Africa, Namibia holds its number one place, and makes it to 23 in the world index.

Ethiopia deserves a huge mention for making a 40-place jump up the index.

Africa’s two really poor performers are Sudan, which stands at 175 out of 180 countries in the world, and Somalia, which is regarded as the deadliest country in Africa for killings.

In the case of South Africa, the report attached to the index notes that the country’s 1996 Constitution protects the freedom of its very diverse media. But, it notes, apartheid-era legislation and new terrorism laws passed in 2004 are used to limit coverage of governments institutions when “national interest” is supposedly at stake.

The report also notes that the state security agency spies on some journalists and taps their phones. Others are harassed and subjected to intimidation campaigns if they try to cover certain subjects involving the governing ANC, government finances, the redistribution of land to the black population or corruption.

It notes that an increase in abusive language and hate speech against journalists by an opposition leader in 2018 confirmed that press freedom has yet to be consolidated in South Africa.

For democracy to work, the press has to be free – both independent of political party interference as well as free from commercial conflicts of interests as far as possible. Journalists must serve the interests of the public and be conduits of reliable information.

This is an important function. The free flow of information is vital, particularly on the eve of a national election.