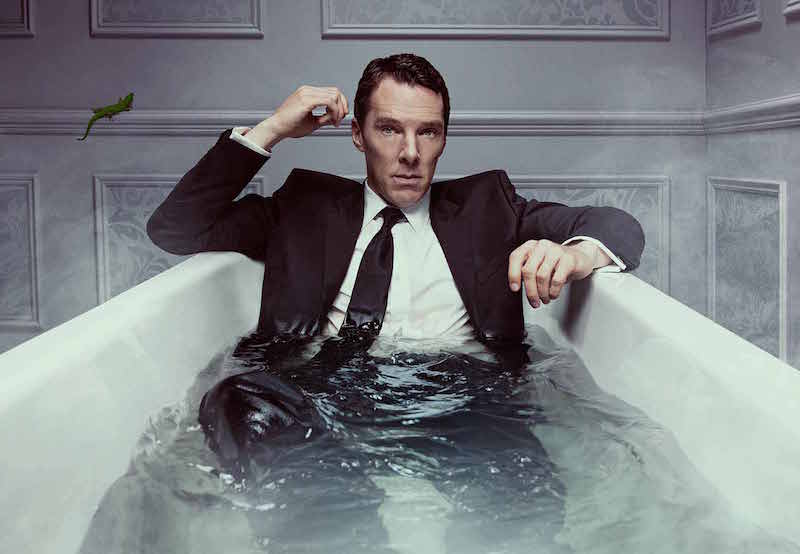 [PRESS OFFICE] Patrick Melrose, winner of Best Mini-Series at The British Academy TV Awards (BAFTAs) in May 2019, is now streaming first on Showmax in South Africa.

• On Best Of 2018 lists from Deadline, Esquire, The Guardian, Time, Vanity Fair and Variety

The five-part series gleefully skewers the British upper class through the story of an aristocratic and outrageously funny playboy (Benedict Cumberbatch from Sherlock and Doctor Strange), who is struggling to overcome the damage inflicted by an abusive father (Hugo Weaving from The Matrix and The Lord of The Rings) and a mother (Oscar nominee Jennifer Jason Leigh from The Hateful Eight) who tacitly condoned the behaviour.

Patrick Melrose, which was also nominated for five Emmys, including Best Limited Series, moves from Patrick’s childhood in the South of France in the 1960s to debauched 1980s New York and sober Britain in the early 2000s.

Here are five reasons to add it to your watchlist now:

In May 2019, Benedict Cumberbatch finally won his first ever BAFTA for Best British Actor for his title role in Patrick Melrose – a case of eighth time lucky for one of the world’s most acclaimed actors.

Together with Hamlet, Benedict calls Patrick Melrose one of “only two roles I’d ever bucket-listed… Patrick is desperate to distance himself from his terrible childhood and as a result is, psychologically, all over the place. He’s addicted to drugs and near suicidal, but also incredibly funny and brilliant. It’s an extraordinary stretch of one man’s life, from an innocent child, to a terrified, self-destructive 20-year-old, to a sober thirtysomething, to a husband and father – to an orphan… what a great canvas to play with.”

His performance earned Best Actor nominations at both The Golden Globes and The Emmys, while Indiewire hailed this as “his best performance ever” and The Washington Post proclaimed Patrick Melrose “the Cumberbatch-iest thing the world has yet seen.”

If you’re a fan – and who isn’t? – this is one performance you don’t want to miss.

You’ll recognise Hugo Weaving from iconic roles like Agent Smith in The Matrix, Elrond in Lord of The Rings, V in V For Vendetta and, before that, as Tick / Mitzi in The Adventures of Priscilla, Queen of The Desert, but you may not know that he was born in Ibadan, Nigeria, and spent part of his childhood in South Africa.

Benedict is full of praise for Hugo’s performance as his father in Patrick Melrose, which has already earned him a Satellite Award for Best Supporting Actor. “He’s just extraordinary in this role – a charismatic, terrifying, powerfully present tortured soul who tortures back,” says Benedict. “Hugo tackled the part all guns blazing, but is the sweetest, mildest, funniest man. I think he was the most loved member of the cast by the crew.”

Screenwriter David Nicholls (One Day) earned a BAFTA and British Screenwriter’s Award for adapting each of the five episodes from a different novel in Edward St Aubyn’s much-loved Patrick Melrose series: Bad News, Never Mind, Some Hope, Mother’s Milk, and At Last. Never Mind won the Betty Trask Award, while Mother’s Milk was shortlisted for the Booker Prize, among other accolades.

“I hope people are going to want to read the books,” says Benedict. “I remember when we first made Sherlock, there was a spike in the sales of those books, and it brought Conan Doyle to a new generation. The Patrick Melrose books are an extraordinary achievement in 21st-Century literature. They’ll stand the test of time, so let’s hope our adaptation does.”

4. It’s (almost) as funny as it is heart-breaking

The combination of drug and childhood abuse may not sound like an evening’s light entertainment – and it’s not – but Patrick Melrose is carried by its wit. “You feel yourself being drawn in and entertained, even when you feel like you shouldn’t be laughing at this,” says Holliday Grainger (The Borgias), who plays Lady Gravesend.

As dark as the series gets, it also finds hard-earned moments of light. “This story is about how the true wealth is love, and how true, pure, good, innocent love can win through,” says Benedict. “But boy does it struggle to get there.”

5. Critics – and filmmakers – love it

Patrick Melrose ended last year on Best Of 2018 lists by everyone from Deadline to Esquire, The Guardian to Time, Vanity Fair to Variety. The series has a 90% critics rating on Rotten Tomatoes and an 8.2/10 rating on IMDB. The Daily Telegraph hailed it as “close to perfection” while Forbes proclaimed, “Patrick Melrose is the best show on TV you’re not watching.”

It’s the kind of exquisitely crafted series that’s loved by filmmakers, with the awards to prove it, including an Emmy nomination for Best Director for Edward Berger; Cinematography awards for James Friend from both the American and British Society of Cinematographers and Camerimage; and a Production Design award for Tom Burton from BAFTA TV Craft Awards, among other accolades.

Watch the trailer for Patrick Melrose: