LATEST NEWS
Home News ‘We will always regard him as a beacon’: Press Council pays tribute to ‘Oom Ray’

‘We will always regard him as a beacon’: Press Council pays tribute to ‘Oom Ray’ 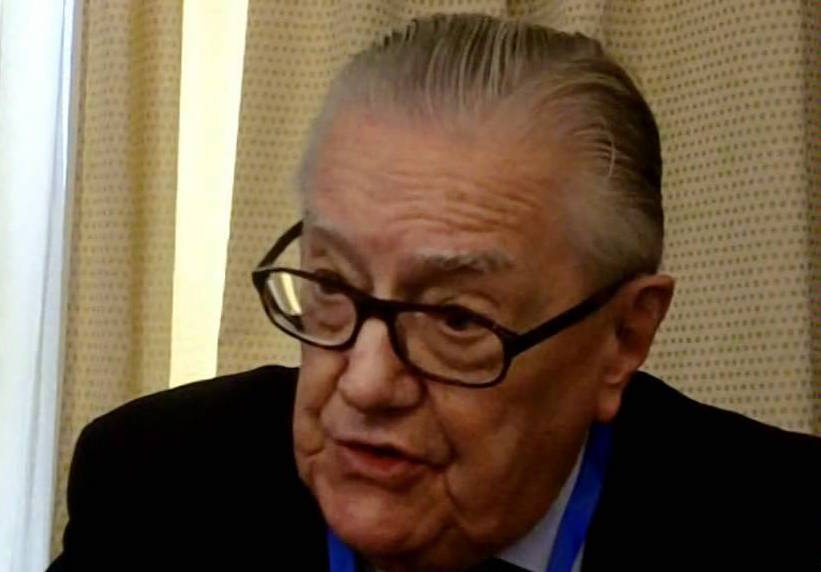 
The Press Council mourns the passing of its deputy chair, veteran journalist and campaigner for media freedom, Raymond Louw, and his wife Jean, who passed away within 24 hours of each other. Louw was 92 and Jean was 88.

For more than seven decades, Raymond Louw was deeply committed to the media industry and to freedom of the press. He began his long newspaper career as a reporter on the Rand Daily Mail in 1946 and after a stint of working for newspapers in Britain returned to become night news editor of the RDM in 1957. *

He was editor of the pioneering Rand Daily Mail during some of the most brutal years of apartheid, and then became its general manager before that newspaper was closed down by its owners in 1985.

For all his life, Oom Ray, as he was known, was an active campaigner for media freedom around the world.

Veteran journalist, Barney Mthombothi, who joined the RDM as a cadet at the time Louw was the general manager, says of him: “I don’t remember anyone who has played a similar role in the campaign for press freedom – not just here in South Africa, but worldwide. He just lived it, actually.”

According to Mthombothi, a milestone Louw was most proud of was the Declaration of Table Mountain in 2007, where the World Association of Newspapers and the World Editors Forum undertook to campaign vigorously for press freedom across Africa, as a way of keeping governments accountable. Specifically, it undertook to tackle the so-called “insult” and criminal defamation laws that prevent journalists in many African countries from reporting on their political leaders in a robust way.

“I used to say to Ray, I wish I could continue the fight for freedom of expression in the same way as you. I am going to follow in your footsteps,” says [Joe] Thloloe. “We will always regard him as a beacon.”

Joe Thloloe, former Press Ombudsman and director of the Press Council, recalls how Louw had asked him to join the predecessor to the Press Council, which ran the Ombudsman’s Office, in 1989 as a representative of MWASA. It was also Louw who invited him to apply for the position of Ombudsman in 2007.

“We immediately started restructuring the Press Council,” recalls Thloloe, so it became a body that was broadly representative of the media and public.

“Our argument is that the media must regulate itself because then you have maximum freedom of expression.”

Louw and Thloloe were among media leaders who stood up to pressure for even a ‘Chapter 9’ type, institution, where the media accounts to Parliament. “As long as you have outside bodies coming into the newsroom, you are asking for trouble,” says Thloloe.

Veteran journalist Mathatha Tsedu, who worked closely with Louw in the SA National Editors’ Forum from its inception in 1997, says: “One of the lasting impressions for anyone who dealt with Ray was his total commitment to media freedom.”

He was involved in any organisation that had anything to do with media freedom, not only around the country, but across the world, says Tsedu. And after a somewhat bristly relationship in the early days of democracy with some of the black editors, Louw quickly won respect for his steadfast commitment to media freedom and its critical role in being able to hold government to account. “In the end, we used to call each other ‘comrade’,” laughs Tsedu.

“I used to say to Ray, I wish I could continue the fight for freedom of expression in the same way as you. I am going to follow in your footsteps,” says Thloloe. “We will always regard him as a beacon.”

The Press Council extends its deep sympathies to his son, Derek and daughter, Fiona Ramsay, on the loss of their parents.

* Story updated 12.34pm on 6 June 2019 to reflect that Louw was not in fact an editor of the Sunday Times, despite biographies claiming he was.