A new spotlight on media 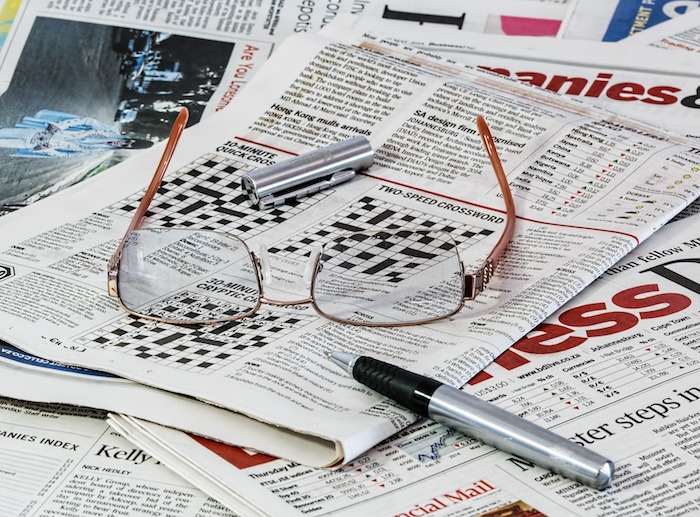 It’s hard to imagine a time when the SA media — print, digital, radio and television — was under as much pressure as it is now.

Journalists who write stories exposing graft are attacked by armies of digital bots and threatened with physical harm. Print titles are under constant threat and I can’t think of anything in print anymore that is owned by an actual publisher — someone with no money but who loves journalism and goes to work every day to make sure it occurs.

Radio maybe has some, and the new TV channel Newzroom Afrika, its strained title notwithstanding, is a really good effort. And I’ve been enchanted by a new digital publication called New Frame, which brings a nice new daily touch to the media that while left-wing in outlook has a healthy respect for sport and is well edited (or curated, which is apparently what you do when you’re editing an online publication). It is, you can see, a labour of love and care and humility. Give it money if you can spare it. New Frame will come to give the daddy of current affairs or news publishers, the perpetually stressed Daily Maverick founder Branko Brkic, even more grey hairs.

But I’ll come back to Maverick in the coming months and weeks. This is a new column, a media column. For the past five years, since stepping down as editor of Business Day, I’ve been writing three columns a week: for Business Day, the Sunday Times and, on Mondays, the Financial Mail online.

It has been too much. The FM column worked while I was trawling through the web looking for interesting themes or stories to introduce to readers and to add my own two cents’ worth to. But that has become almost impossible as more and more copy sits behind paywalls. That’s meant I’ve been obliged to do more and more plain commentary and it just isn’t possible to do that much in a week.

But not an hour goes by when I don’t watch or read something and don’t have an opinion about how it was done. Content is one part of journalism, the delivery another. So this column I can write any time in the week because it is about the thing that I love the most — journalism and the way it treats its audiences. If you are a journalist and you ever worked for or with me, you’ll recognise a lot of what appears here. If not, I hope you learn something.

My biggest regret as a journalist and as a reader is that the media doesn’t make me laugh anymore. We have lost our sense of humour. To an extent, society has generally. Partly it is the emergence of identity politics. You can’t make fun of any individual or ethnic or religious group anymore without inviting trouble.

So the Jew, the handicapped black woman barrister and the Archbishop walk into a pub joke just isn’t going to happen. Not here and probably not anywhere. Well actually it does happen, but on semi-private channels like WhatsApp, where you can sort of control who sees what you send.

Humour, or jokes, have been driven underground. Back in the 1990s, the Mail & Guardian used to run a satirical column by a bloke whose name I’ve forgotten. It was sometimes funny. The Financial Mail, this very publication, used to have a page of jokes on the back page and stopped it just like that a few years ago.

It was a wildly popular page when I was editor of the FM (we could measure its readership, more or less) and here’s the thing; the guy who used to do the page, David Furlonger, is still in the FM newsroom doing something no doubt worthy but nothing quite as valuable for the publication as making its readers laugh.

I tried, at Business Day, to have more fun. We established a daily cartoon, with Brandan Reynolds. We brought in the Alex cartoon from the Daily Telegraph in London, then Dilbert. The funniest of all were two brothers in Cape Town, brilliant illustrators called Patrick and Alex Latimer, who drew and wrote a cartoon called The Western Nostril which on some days was pure genius. Look them up here.

Generally, though, while we have political cartoons they are not necessarily funny. Reynolds used to make me laugh sometimes but as the guy who had to check the cartoon I was sometimes horrified to see yet another Arab child drawn squelching out from under the tracks of a tank with the Star of David on the turret. It wasn’t funny but it was, as cartoonists (who operate as opinion writers) a heartfelt comment on conflict in and around Israel. But you also just knew half the Johannesburg Jewish community would be on the phone the next morning.

I have also to bend the knee to Zapiro, who is genuinely one of the greatest cartoonists anywhere in the world. He is excellent; my best was after Cape Town had lost the 2004 Olympic Games to Athens, he drew a deserted, littered square, a crowd having left in disgust after hearing the Cape Town bid had lost. Two men are walking out of the frame and the one turns to the other and says “Athens se ma se p*#s”.

He probably couldn’t even do that now, more’s the shame.

On Maverick, Brkic tried to introduce some early humour when he would write italicised commentary into Stephen Grootes’s columns. It was fun for a while but it looks stale a decade on. The writer Richard Poplak as Maverick’s resident Gonzo journalist was amusing if not actually funny when he burst onto the scene but he too has begun to go dark. The more he does I’ll guarantee the less he gets read.

But the thing about publications, or media in general, is that it is the editors who make or break them. Publishers (authentic or otherwise) are always going to be there complaining how expensive everything is. The reason we don’t have jokes or satire in our media is that editors are no longer out there looking for it.

That may be because humour or satire really is nothing but trouble, just as I can see (as I write) that a media column is going to be trouble. But here’s the thing again. As an editor you are grateful to your hard-working colleagues but your duty is to your audience, the people who read or watch you. So it’s uncomfortable sometimes. You’re supposed to be uncomfortable as an editor or at any level of journalism. Have you got it right? Have you been fair? Will your audience appreciate it? Will they laugh? Or call and abuse you in the morning?

The moment you find yourself leaving work and going home unafraid, with no anxiety gnawing away at you, you can be sure you haven’t done your job properly. You job is to push in all directions — humour, news, revelation, opinion — all the time. You push to within an inch of your life. For your audience. Obviously, don’t get killed. Get nearly killed.

So a Xhosa, a Shangaan and a polar bear walk into a bar …

Meanwhile, in my leader page column in the Sunday Times, it is hard to even mention anyone in the DA without them bullying the editors to give them space to reply the following week. Somewhere deep in the local editorial psyche lives a ridiculous beast called the “right of reply”. When I edited Business Day, no-one had the right of reply.

It used to irritate people but I didn’t care. The reason was simple. Every man and his dog wanted the right of reply and, when given the opportunity, would invariably start with something like “Peter Bruce’s unwarranted attack on me on September 7 cannot be allowed to go unanswered …”

They would then proceed to spend the next 800 words attacking an article that many people may not have read in the first place. This seemed to me a total waste of precious editorial space. I was always happy to run different points of view but for crying out loud think them up yourself rather than answering someone else.

Anyway, the Sunday Times entertained DA leader Mmusi Maimane on one of its opinion pages yesterday after I had included some fleeting references to him in my Sunday Times column the week before. The same thing happened all through the election campaign and I think the esteemed mayor of Johannesburg has also pulled the same guilt trip on the paper at least once, in reference to me.

Mmusi yesterday was all upset that I had, in jest and with loads of signalling, wondered whether or not wily old Jacob Zuma had engineered the series of events that led to Maimane having some information about money flowing from Gavin Watson to the Ramaphosa family and then raising it in parliament.

Having missed the joke, he got a whole article to have yet another at moi. I started to read it and couldn’t finish. Jeez, china, get a life.