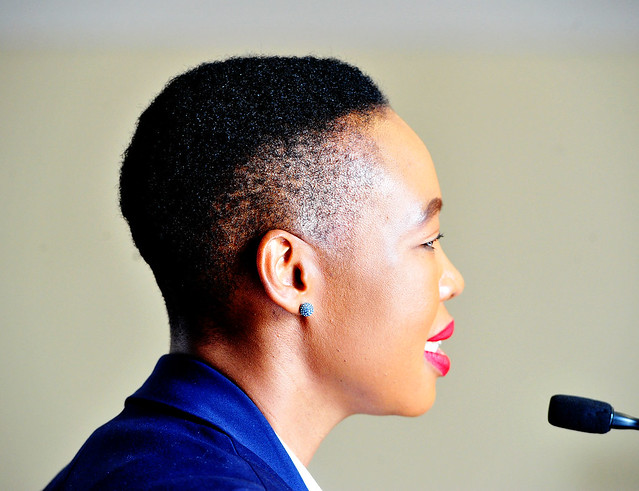 
It seems that entities such as Eskom, SAA and Denel don’t need to make any real reforms before they get massive bailouts. Yet not so with the SABC. If ever our government wanted a positive story around public institutions, the SABC should be it. But it needs a bailout — to stabilise its finances and to continue rebuilding.

We will in the next 10 days provide a portion of the interim relief and the remaining balance within the next 45 days. However, this is subject to the SABC meeting all the set conditions and requirements. ~ Minister Stella Ndabeni-Abrahams, 10 July 2019.

It’s now 30 working days later and still no sign of any of the bailout. What on earth is going on?

Our government needs another crisis like Donald Trump needs more right-wing voters. Between the economy, corruption, scandals, misinformation and of course the failing state-owned entities, our climate crisis, despicable levels of inequality and poverty, it’s enough to make the most optimistic person want to run away to an island and drink rum on a sun-soaked beach and never pretend to be optimistic again.

But it doesn’t have to be this way. We can get angry, or we can help our government and entities pull their collective thumbs out of their backside and make things work. As soon as they do, they will find there are already huge piles of people already doing this just to make sure things keep going. We can use our anger to be righteously pissed off about those who choose greed over our democracy.

For years the SABC has been like our own comedy horror show, where things have been so perverse and bizarre it seemed virtually impossible it would emerge from the ashes. Yet, despite all its current challenges (and there are many), it presents our government and the country with a golden opportunity for a real success story.

Unlike so many other public institutions that were hollowed out during State Capture, the SABC is showing what we as a nation have been able to do on so many occasions. Take it to the brink, and when it seems that all hope is lost, and against all odds, it starts to emerge. A phoenix yes, but not one that’s sure of its abilities, more like a phoenix with a gargantuan hangover that has forgotten how to walk or fly, but a phoenix nevertheless.

The SABC is too big and unfit for digital audiovisual reality. It is ageing and falling apart. Its model and mandate are fundamentally at odds with each other and it is seen as the next cash cow and/or propaganda machine by the next group of corrupt thugs waiting in the wings to see it fail. They have also made the most unfortunate error of cutting down on news and current affairs – one of the SABC’s core strengths.

We had hoped that when the fascists and liars who were running the show left, and with a new minister and president who had watched the SABC being hollowed, abused and corrupted, that they would be first in line to support any move being made to rebuild. Perhaps they are and we just don’t hear about it, but, from where we sit outside, it looks as though every positive effort is met by indifference or resistance. It took seven legal letters to the president and Parliament to get them to do their job and nominate and appoint the board despite knowing they had to do so.

Why should we bother?

So why bother wanting to secure the SABC? We bother and we should all care because it is still the dominant source of news and information for the majority of South Africans. It is one of few media that speaks to the majority of people in their own language, reflects them and their identities and stories across the greatest regional diversity. Reading this online you might think, meh, I have the internet, I don’t need to worry about the SABC, I can find cool stuff wherever I like. You might think that, but you would be wrong.

A functioning SABC isn’t just good for the majority, it is good for everyone who supports democracy. If the SABC fails, our entire media sector will suffer enormously and if we consider the huge pressures our other media are already under, it is not far-fetched to see envisage a scenario where enough of them fail such that our democracy is in great peril. So not only does it matter, but the stakes are fantastically high for our democracy.

All this then makes our government response all the more bizarre and worrying. A look over the last period shows that, since the most recent interim board, and in reality since the Matojane Judgment, the SABC has been slowly rebuilding. It has a board that for the most part seems committed and professional and capable, but not without its faults. There is a senior team who are also highly skilled, dedicated and working to rebuild the SABC.

The changes are there in the quality of news, in the fact that the SABC channels are doing their job, reporting without fear or favour. In our last elections analysis, five of the top 10 media performers in the election period were SABC services. An astonishing achievement given the hole they were in under previous fascist management – just three short years ago.

As far as I am aware there were no complaints levelled against the SABC by any party in the recent elections – a stark contrast to 2016 where the SABC banned DA and EFF adverts on the flimsiest basis. Furthermore, when the pressure was on during the elections and a party demanded live coverage, the SABC stood its ground and was fully supported by the board on editorial independence.

The new board instituted two inquiries, one into sexual harassment and the other into editorial interference (both occurred under the previous fascist ‘reign’). Both were made public (the sexual harassment one to a lesser degree for confidentiality purposes).

Most recently we have seen the board taking action against 28 irregular appointments. We have also seen the SABC being attacked for bias by the EFF, as well as the different factions of the ANC, each accusing the SABC of being pro Ramaphosa or pro “fightback”. That they are being attacked from so many sides suggests they are doing their job. Certainly, unless any of the factions can produce any evidence they are biased in favour of one or the other, their claims can be assumed to be misinformation.

The changes, some big, but many small, are hugely significant and if ever our government wanted a positive story around public institutions, the SABC should be it. All they need to do is get them the bailout, to stabilise the SABC’s finances and then let them keep building. Give them two years and see where they are. If they fail, then remove the board. But instead, we are seeing a response from the government that suggests they don’t support the positive shifts at the SABC.

If you are Eskom, SAA, or Denel, it seems you do far less, no turnaround plan. Not really. No inquiries, no action, no actual cost saving, no actual plan that is presented for all to see. Nope. It seems those entities don’t need to make any real reforms before they get their bailouts – and look at the size of them. R59-billion for Eskom, R2.8-billion for Denel and R4-billion for SAA. Each of those has repeatedly had bailouts with no discernible impact every year and certainly, none of them seems to have a plan beyond asking for more. The SABC does. It had originally asked for a guarantee, not a bailout. Yet still, it doesn’t get its bailout. Why?

Apparently, the SABC hasn’t complied with the requirements for the bailout – but we don’t know what those requirements are. Somehow, we can get access to bank accounts of the president but we can’t get access to the requirements of a turn-around strategy for a critical public institution. WTF! Rumours are that they want the SABC to sell “non-core assets”. It seems this is code for “selling off core SABC channels and stations”. Selling family jewels – if that is the plan, the money won’t even go back to the SABC. All that will happen is a few more people will get to eat at the trough.

The obvious question is why would the government, when it is so in need of a good story, be willing to throttle this critical institution? A number of reasons.

For those who are threatened by an independent SABC, they want to control it. They are old-school in thinking that you need a state broadcaster (by the way, just wait till they upgrade their authoritarian tendencies and try to control social media). The more pressure you apply to the SABC by restricting funds the less they can do and the more likely they are to resign.

If you are worried about corruption, being exposed and the smallanyana skeletons that might burst forth, the last thing you want is an actual SABC that roots out corruption and puts measures into place. If you have a vested interest in the SABC buying sports rights it cannot afford, you to have a vested interest in trying to get rid of the board and senior management, because they appear to be saying we can’t buy stuff that will make us lose more money.

If you have your eye on getting a pubic asset at a bargain-basement price, you push the SABC to crumble, and buy it cheap from the ruins. In other words, the dark forces are strong and they want to prevent the SABC from rebuilding. They are sitting with a shotgun at the head of the phoenix, ready to pull the trigger.

Our president and communications minister have a simple choice. Either they ensure the SABC gets the bailout in the next few weeks – and let’s be clear that nobody is suggesting that it comes with no conditions. Make the board put a plan together, tell them to pay off debt, get new equipment, make sure staff are safe at work, get great content and then, after consulting widely with the public and key stakeholders, come up with a plan of how to take the SABC forward.

Then hold the board to account on that – or they can delay and watch the SABC collapse. If they choose this they should also know that if it does, and when someone loses a life as they almost certainly will without urgent investment in infrastructure, it will be them who will be blamed – as the dark forces will vanish and leave them to carry the can. Mr President, Madam Minister, please, don’t let the dark forces win.

If they do we all lose. If the SABC gets the money, we can show the world what a real public broadcaster looks like, and you will get to have one less failed institution to deal with.