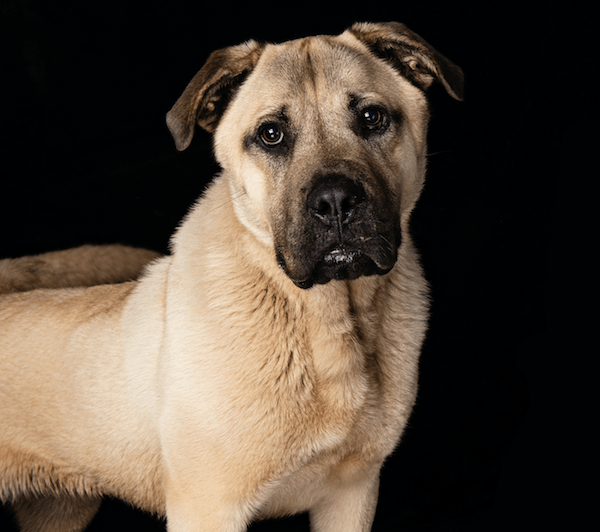 In a week of devastating news, sometimes we need to be reminded there is good being done in our world.

In this heartwarming story, which will hopefully inspire people to adopt dogs and cats in shelters, photographer and author Emma O’Brien and Boss Dog Food have teamed up to create a wonderful CSI campaign.

The #BigOnRescue project features 19 lovable mutts photographed by O’Brien at the Sandton SPCA. It showcases each dog’s inherent beauty and character. And for every dog adopted, Boss Dog Food has pledged to supply the new owner with a month’s worth of dog food, as well as to donate food to five other SPCA dogs.

“Our goal is for all 19 dogs to be adopted. Within six days of the campaign launching, six dogs from the series were adopted. We’re aiming for a-dog-a-day over the next couple of weeks, explains Neil Meyer, marketing manager at Boss Dog Food.

“Through this initiative, we hope to also create awareness around the reality that a large number of dogs and cats in shelters across the country need homes, and that the majority of animal shelters are self-funded – meaning that through supporting them (as individuals and businesses), we can make a significant difference.”

The partnership began when Meyer came across self-confessed dog-lover Emma O’Brien’s Black Rescue Series in an article. According to O’Brien, research had shown that black pets were the last to be adopted from rescue homes, “because there is a misconception that they don’t photograph as well as other pets – seemingly important in this Instagram-obsessed age”, she explains.

“I wanted to prove this a myth by showing how gorgeous these animals were.”

Boss Dog Food approached O’Brien about a collaboration, where the drive would be extended to include all dogs needing homes. “Our tag line is ‘Big on Dogs’, so it was important for us to include all rescue dogs, black or otherwise, in our #BigOnRescue campaign.

“We contacted the Sandton SPCA to find out how many dogs were at the shelter and photographed as many of these as we could over the course of a day.”

The result is a series of striking portraits which capture each hound’s personality; quirky Gizmo, soulful Brosco and elegant Lady are just a few of the dogs beautifully depicted through the #BigOnRescue photo series. 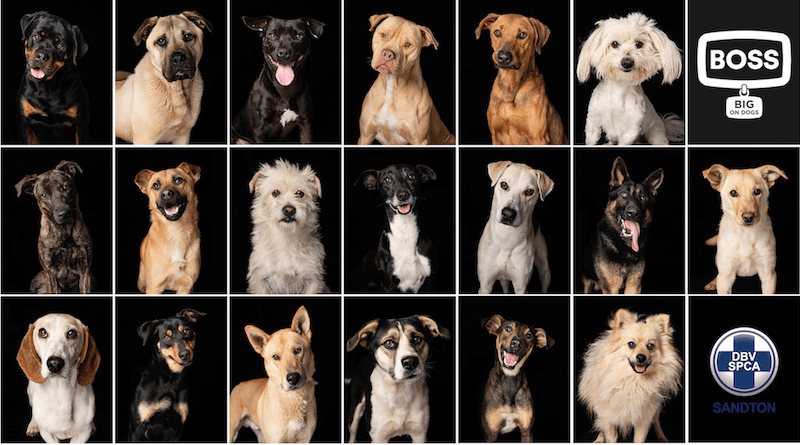 The portraits are promoted across Boss Dog Food and O’Brien’s social channels, with O’Brien including her signature cheeky captions below each image. For example, her caption for one of the dogs reads: ‘Patton. Gentle Giant. Likes to sit on laps. Insists he only weighs 5kg. Is easily offended by comments to the contrary.’ Another says, ‘Rex – Class Clown. He’s crazier than he looks, if you’re in need of a jester, he’s your man.’

“Animals are so individual, and I like to impart a sense of their personality that I pick up during the shoot,” she says.

Based on the positive public response, Boss Dog Food plans to roll out the initiative to more shelters across the country. “These animals needing homes have so much to offer; and will repay you with their unconditional love, companionship and devotion.

“We urge you to consider a rescue when seeking a new pet,” says Meyer.