LATEST NEWS
Home Advertising Media, advertising & 4IR: It’s the end of the world as we know it!

Media, advertising & 4IR: It’s the end of the world as we know it! 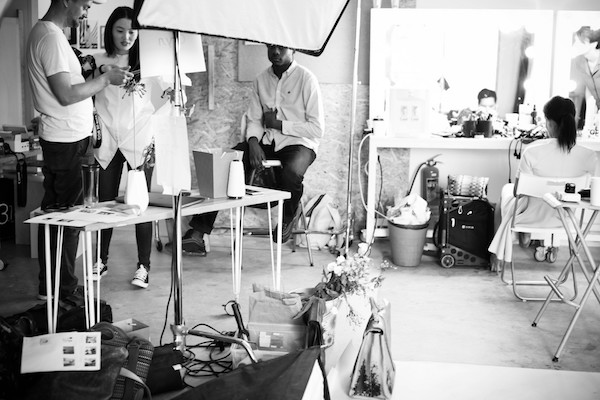 4IR. I first heard this buzzword at the BCX Disrupt Conference in 2017, where I was lucky enough to see two phenomenal speakers who tackled the topic.

The first was Richard Mulholland, founder and C-3PO of Missing Link. His topic was ‘Do we need to fear the Fourth Industrial Revolution?’ It’s a term first introduced by Karl Schwabb, a German engineer and economist best known as the founder and executive chairman of the World Economic Forum. His book, simply titled The Fourth Industrial Revolution, was published in 2016.

Mulholland says predictions are that we will reach the point of singularity around 2040/2045 – the point at which machine intelligence will supersede human intellect, and computers or ‘trans-humans’ will take over the world!

The second speaker was Will.i.am, seven-time Grammy award winner, frontman for the Black Eyed Peas, executive producer of Planet of the Apps and founder and CEO of i.am+, a company that fuses the worlds of technology, culture, fashion and Artificial Intelligence (AI).

When asked what kept him up at night his answer was: What will happen when two driverless cars are set for a head-on collision? How will they negotiate with each other on which one will move out of the way first? It will be based on the passengers they are carrying – who is older, who has a genetic marker for cancer, how many dependents does each one have, who is more successful and contributes more to the economy, etc.? And will all of this be detected in a split-second or will we reach a point where cognitive AI will treat all humans equally? It’s quite a terrifying thing to keep you up at night!

Life became much faster with information at our finger tips and communication that was instantaneous.

Is that where we thought it would end? Not a chance! In fact, it is intensifying at a rapid pace. Today we are fully immersed in the Fourth Industrial Revolution, which is all about ‘intelligence’ defined as the current and developing environment in which disruptive technologies and trends such as the Internet of Things (IoT), robotics, virtual reality (VR) and artificial intelligence (AI) are changing the way we live and work.

Global borders don’t inhibit when, where and how we work – we are constantly connected. Our knowledge bank seems infinite – we can find out almost anything in a matter of seconds, all we need to do is ‘Google it’. But Big Brother is watching – there is nowhere to hide. As a result, we need to adapt, and at a rapid pace. We are entering a world where our fridges will order our groceries for us, our cars will drive us to work, we will have very little need to physically go shopping, our food will adapt to the nutritional needs of our bodies, and holidays will be to other planets. Why not? The opportunities are endless.

This is all very exciting (read scary), but what are the implications of such a technologically advanced society?

Firstly, the school system as we know it will need to fundamentally change – it’s interesting to note that some schools are already pioneering in this space. For example in 2020 South Africa’s first online high school will be launched (The Valenture Institute). What does our schooling system look like in the future – what and how do teachers teach? Educators will need to be re-trained, based on new subjects that are being introduced.

Several primary schools have acknowledged that they are preparing kids for jobs that haven’t even been invented yet. We have been completely taken out of our comfort zone with ‘out there’ concepts such as teaching Grade 1’s philosophical thinking – would you prefer a time machine or a money tree? When I was in Grade 1, I was learning my ABCs and how to count. Some schools have introduced a no-homework policy, rather focusing on project-based learning in teams during school hours. It is all very ‘revolutionary’, and us as parents must blindly accept that this is for the benefit of our children. We have bought into this thinking, so we are going with it.

Secondly, what does 4IR mean for current and future employment? The latest Stats SA figures show that our unemployment rate right now is the highest it has been in 11 years at 29.1%, and the doom-sayers predict that it will only get worse.

But as each Revolution unfolded, dire predictions of massive job losses ensued, increasing each time. The first three are over, and those concerns were clearly misplaced. The number of jobs actually increased with each revolution, as did living standards and every other social indicator.

Let’s look at the banking sector as an example. The last three banking licences awarded were for online banks – Tyme Bank, Discovery Bank and Bank Zero. Earlier this year we also saw Standard Bank closing almost 100 branches and retrenching over 1 000 staff members. But I don’t think it is all doom and gloom. We just need to think laterally, learn to apply ourselves differently and adapt. One of the most sought-after human resources in the coming years will be for cyber security specialists, a profession that didn’t exist 30 years ago.

Earlier this year I attended one of the Ads24 Food For Thought sessions where we had to choose Human vs. Robot. Rapelang Rabana, computer scientist and chief digital officer of BCX, said that from the 1.8 million jobs lost this year, 2.3 million more jobs will be created by next year. She believes that AI stands for ‘Accelerated Improvement and moving forward we will only be, she says, smarter, do more, experience more, see further into the future, and ultimately be better humans. It’s a very positive outlook, which is quite comforting.

And lastly, what does it mean for advertising and media? I keep on thinking of Tom Cruise in The Minority Report where customised ads were popping up in front of him as he walked through a mall.

The movie was produced back in 2002, but it had a not-so-unrealistic view on what the future could hold.

The advertising and media landscape is constantly changing, from how we consume media (super-fast, byte-sized chunks, pictures and video over text, second-screening, etc.), to what media we are engaging with (AI, chat bots, instant messaging, social media:

And what creative and messaging we are exposed to (AI generated ads, eg. and AI generated royalty-free models:

We also need to be super cognisant of how we engage with consumers, taking into account privacy policies and the industry’s role and responsibilities in this space.Amazon, Facebook, Instagram, Google and Apple know us better than we know ourselves.

Their algorithms are tracking everything we buy, where we go, what we read and watch, what we like, every step we take, and every heartbeat in our bodies… I made the mistake of daydreaming online about buying a house in Mauritius – my newsfeeds are now completely taken over by real estate agents in Mauritius trying to sell me houses that I can’t afford. I can keep on dreaming.

So in this fast-paced, ever-changing landscape, that makes us feel largely out of control, is it the end of the world as we know it? I think it is, but we will be fine…

Claire Herman is media operations lead at The MediaShop.