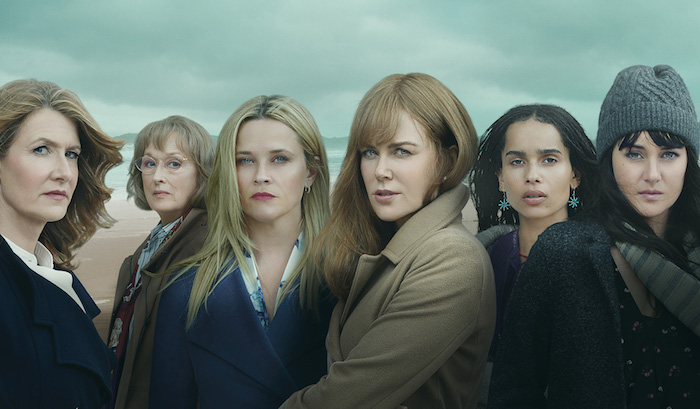 Storyline: Four very rich siblings behave very badly as they try to win their father’s approval – and control of his company, a global media empire

Storyline: On the surface, in the tranquil seaside town of Monterey, California, everything seems the same. The mothers continue to dote, the husbands support, the children remain adorable and the houses are just as beautiful. But the night of the school fundraiser changed all that, leaving the community reeling as the ‘Monterey Five’ – Madeline, Celeste, Jane, Renata and Bonnie – bond together to pick up the pieces of their shattered lives

Storyline: Chernobyl dramatises the story of the 1986 nuclear accident, one of the worst man-made catastrophes in history, and of the brave men and women who made incredible sacrifices to save Europe from unimaginable disaster

Competition for Best Limited Series: Catch-22, Fosse/Verdon, The Loudest Voice, Unbelievable
Golden Globe history: This is Watson’s fifth acting nomination, following on from her recognition for Breaking The Waves (1996), Hilary and Jackie (1998), The Life and Death of Peter Sellers (2004), and Appropriate Adult (2011)

Storyline: Based on the classic Joseph Heller novel, Catch-22 follows Yossarian, a bombardier in World War II, whose frantic obsession every time he goes up on a mission is “to come down alive”. His odds of success keep getting worse though, because even more than the retreating Germans, his real enemy is the bureaucracy of the military, inverting logic at every turn

Storyline: A depressed war-vet-turned-hitman finds passion and romance in a local acting class while on a job in LA. As Season 2 opens, Barry tries to extricate himself from a violent criminal triangle involving the Chechen, Bolivian and Burmese underworld – not to mention some deeply suspicious LA detectives and Monroe Fuches, Barry’s former boss, who has found it exceedingly difficult to hire a replacement as capable as his onetime ace assassin
Nominations: Best Comedy or Musical, Best Actor (Bill Hader), and Best Supporting Actor (Henry Winkler)

Golden Globe history: Barry was nominated for the same three categories in 2018
Other accolades: Winner of six Emmys, including Best Actor for Bill Hader in both 2018 and 2019. 2019 American Film Institute Award for TV Program of the Year. 2019 Directors Guild of America winner (Bill Hader). Peabody Award winner 2019. 2019 Writers Guild of America winner for both Best New Series and Episodic Comedy.

The final season of Mr. Robot, which is up for Best Actor for Rami Malek, is coming first to Showmax in South Africa on 1 February 2020.

View all the nominees at //www.goldenglobes.com/winners-nominees.