South African media needs to refocus and widen its angle 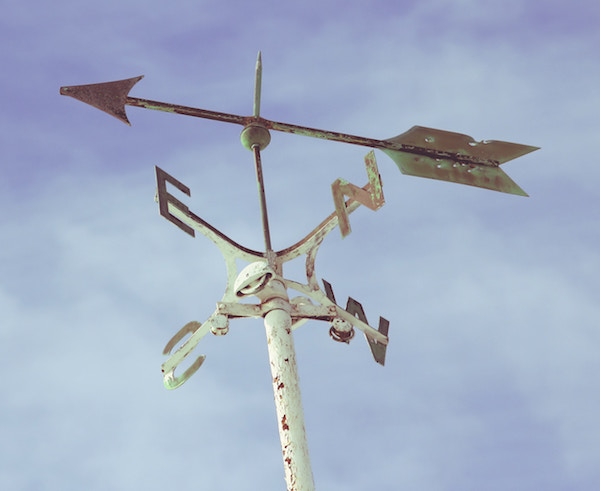 Photo: The framing of stories in SA often gives a western perspective

Most of the reports South Africans read in the press about world affairs typically use Europe or North America as reference points.

The use of ‘the West’ may have to do with the fact that international relations (the academic discipline) remains what was once described as “an American social science”. The framing of world affairs tends to be through the perspectives taught in European/North American institutions.

This does not invalidate what we read in the media; it simply requires deeper thinking and a prismatic change in the questions we ask and how we report on issues.

While there have been powerful and intellectually coherent and progressive challenges to mainstream thought in academia, especially from postcolonial theorists (I certainly don’t buy into all their ideas), the media in South Africa seems, for the most part, to reproduce cornerstone beliefs, values, theories and even rhetoric from Washington, Whitehall or Brussels. It remains, in short, rather Eurocentric.

Last weekend it was reported in The New York Times that China was building a runway in a Cambodian jungle that may be for Chinese military planes. Speaking, or writing, as a pacifist, I have not read in any SA news outlet about US or European military bases in Africa — and there are many — and their geostrategic objectives.

Rise of the ‘evil empire’

It’s not only in terms of military hardware or the physical presence that our perspectives are shaped. Consider how we first heard, or came to accept, terms such as ‘evil empire’ and the belief that the Soviet Union represented “the focus of evil in the modern world”. It was in 1983 and Ronald Reagan gave us the terms. We can contest whether he was right or not, but the divide between East and West in that speech framed much of what was reported in the years that followed.

A decade after that speech, in 1993, the US launched ‘Operation Michigan’ and attacked a peace summit in which several civilians were killed in Mogadishu. With this attack, they destroyed “Abdi house” in Mogadishu and killed almost everyone (including women and children civilians) inside the building.

Later the world would watch the heroics of US soldiers in the film Black Hawk Down, which won two Academy Awards. Seen from a different perspective, the attack was part of what the Somalis called “Bloody Monday”. Hollywood did not make a film about Bloody Monday. Western institutions such as Freedom House and the World Bank told us  Somalia was a failed state. (I visited Mogadishu to do research for my master’s dissertation on the subject.)

In 2002, with the US still in search of enemies, George W Bush referred to an “axis of evil”. He referred mainly to Iran, North Korea and Iraq. It was part of the basis for the US war against Iraq and increased sanctions on Iran. Now China and Russia are Washington’s great enemies. I should say, again, that none of this absolves the illiberal or undemocratic practices we read about daily.

Journalistic ethics calls it framing. Framing occurs when the agenda of stories or states of affairs are placed within a particular meaning. We get to the point where there is a greater focus on Brexit, the rise of ethno-nationalism and white supremacy in the US and the critical fractures of Nato, rather than, for example, the likelihood of war between Pakistan and India, which is a real threat but not a ‘global concern’. There has been an interest in national issues in India, Myanmar and China, but these are considered ‘regional’ or ‘internal’ issues. The focus of international news remains on great power politics — what the US and Europe are up to.

In 2002, with the US still in search of enemies, George W Bush referred to an “axis of evil”. He referred mainly to Iran, North Korea and Iraq.

There have been two world wars, which largely by dint of colonial empires drew in Africans and Asians. These were essentially Europeans fighting among themselves, yet there is a dangerous stand-off between two nuclear powers in Asia: Pakistan and India.

Imagine if Germany and France started secessionist or irredentist claims. Or if France revoked the status of non-French citizens in its territory the way India has done with Muslims. Would this be dismissed as a sideshow or a local issue? It’s doubtful.

None of this suggests that South Africa should sever ties with its traditional trading partners, or that the media should follow the ideological dictates of illiberal/liberal democracies (many of our journalists and public intellectuals regularly accept freebies and invitations to Washington, the Aspen Foundation or Harvard University).

It simply means that as intellectually honest journalists with integrity, we probably have to start asking more probing questions.

Let’s look at US attempts to prevent Iran from acquiring nuclear arms. For the record, the world would be a safer place without them. Why does the US want this? Because Iran cannot be trusted? Who said that? Was it not Bush who placed Iran in the axis of evil? Now a difficult question: would you trust Iran with nuclear weapons — even though Iran has repeatedly said it needs nuclear power for nonviolent use — or would you trust the US, which has used nuclear weapons at Hiroshima and Nagasaki? Is the US necessarily good, and others necessarily bad?

When she was secretary of state, Hillary Clinton said in 2012 the US reserved the right to attack anyone who it determined posed a direct threat to US national security, anywhere in the world. Pair this with expressions by a previous US secretary of state, Madeleine Albright: “If we have to use force, it is because we are America. We are the indispensable nation. We stand tall. We see further into the future.” Or her rebuke to Colin Powell: “What’s the point of having this superb military you’re always talking about if we can’t use it?”

We should put ‘great power’ politics under greater scrutiny because it shapes our world, one that seems to be coming apart, largely because of Donald Trump.

This story is republished here with permission. BusinessLIVE premium subscribers have access to exclusive news stories, columns, comment and analysis. To find out more about subscription offers, click here.

Ismail Lagardien is a veteran journalist, columnist, and political economist. He was educated at the London School of Economics, holds a doctorate in International Political Economy, and has worked on the Secretariat of the National Planning Commission, and in the Office of the Chief Economist of the World Bank.