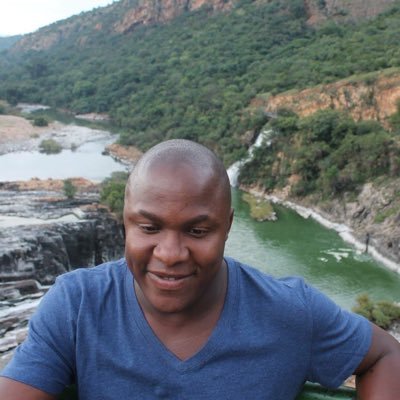 Executive editor of City Press, Duminsane Lubisi, has died. He was only 44 years old. City Press announced on Sunday that Lubisi had passed away from “apparent heart failure” on Friday night.

City Press editor Mondli Makhanya said he couldn’t begin to describe the devastation the City Press team is feeling. He described Lubisi as a “stickler for accuracy” who was unrelenting in his enforcement of the Press Code and media ethics.

Makhanya said, ““Above all, he was just a damn fine guy. He laughed, joked, talked nonsense, and brought life to our newsroom. His only major flaw was his loyalty to that gold and black team from Phefeni. He even dared to wear that team’s jersey to the office.”

In an obituary published by City Press, news editor Timothy Molobi wrote that the newsroom would never be the same again. “He was firm and uncompromising because he wanted the best for the paper. He was our go-to person when it came to legal issues and he would put up a fight if reporters broke basic journalism rules”.

In a tweet, Press Ombudsman Pippa Green wrote: “This is just devastating news. I worked closely with Dumisane as Ombud. He was always professional, friendly, and easy to engage. A devoted father to his three sons. He is gone way too soon. My sincere condolences to his family and colleagues @City_Press. #RIPDumisaneLubisi.”

Lubisi began his career in his home province, Mpumalanga, where he joined news agency, African Eye. He later worked for the doomed ThisDay newspaper, and the Sunday Times, before joining the City Press team where he has worked for the past 13 years..

Molobi wrote that more than a being an excellent media man, Lubisi was a “wonderful father” to his three sons, was “loving and real” and laid a “strong foundation” for them.

In a tweet, former Public Protector Thuli Madonsela said, “Death does not have a Standard Operating Protocol. Heartbroken over the sudden passing of ⁦@City_Press⁩ Press Executive Editor Dumisane Lubisi. We’ve lost another extraordinary talent. Heartfelt condolences to the family, friends and other colleagues.”

The South African Editors Forum (SANEF) said in a statement, “The loss of such a young and vibrant life deeply saddens SANEF. Our deepest sympathies go out to his colleagues, friends, and family. Lubisi leaves behind his parents and three sons, Thando, Siya and Wandile. We offer them our thoughts, prayers, and well-wishes during this dark time in their young lives.”