LATEST NEWS
Home TMO.Live Blog Seven days on Twitter: Vetkoek and ‘not incriminating myself’ on repeat

Seven days on Twitter: Vetkoek and ‘not incriminating myself’ on repeat 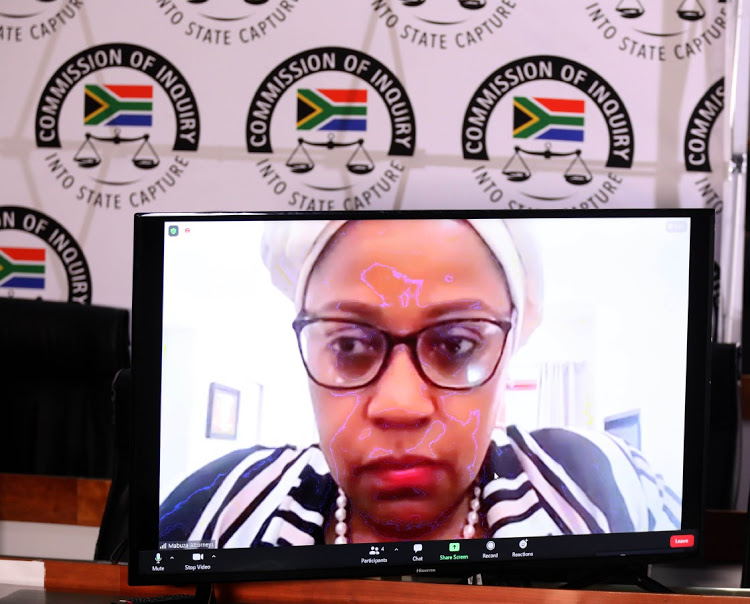 Did you miss me? I have been absent for two weeks in case you didn’t notice, I got Cofefe’d, and #GarethCliff it’s real, very real. Each person is different, (my Ma got it too – a lupus sufferer), and we both had the same symptoms but hers went straight to her chest.

We have a clever doctor; we are lucky, and we are on the mend.  Apparently we are now in our sixth week and one day you feel great and the next day you can’t get out of bed but because of you Gareth, I was driven to get this report done.  I say Gareth, I mean Dudu Myeni.

Dudu Myeni is pure gangsta; I watched the live stream of this ridiculous drama unfold. Myeni thought she had outfoxed the advocate #TheresaHofmeyr by using this response to each question raised, “May I not answer Chair, in case I incriminate myself”.

This answer was used to the questions like “Were you working for SAA?” and “Do you have a BAdmin degree?” (turns out she didn’t finish the degree but flaunts it on her CV).  What she failed to recognise was that this copy paste answer was enough for Hofmeyr to put her case forward anyway.  In fact, she said to #DCJZondo, “This is going quicker than I thought” with a demure smile.

A word on Kate, can she be our Public Protector please, she is such an exemplary example of a South African and national pride in our legal system can be found in Ms Hofmeyr.  As brilliant as Kate is, it was however infuriating to watch this broken record and I must say #Zondo was easy on her.

#Myeni banged on about OUTA successfully removing her as a director from any future companies and that the civil society organisation used leaked documents from the commission. Turns out they were on the internet, Kate put her straight.  #WomanCrush.

She attacked #Hofmeyr for not being able to speak an indigenous language, and the Chair said he can only speak English and Zulu himself.  Race cards don’t work with Zondo, Dudu.

Then at one point #Hofmeyr pushed a button so deep that Myeni played her card (she only had one) and that was to name #MrX.  She named him once and the Chair rose like a lion to stop her, but she would not be silenced. Her impunity for the commission was apparent.  She named him repeatedly, MrX is family you see, and he betrayed uDudu.  You do not betray a gangsta without expecting some retaliation when they’re backed into a corner.

Hofmeyr went for the jugular and said Myeni should be immediately charged and arrested by the NPA. Within minutes all online streams of the testimony were removed but it was too late Twitter had captured the relevant moments and ran with them. I hope MrX has some serious protection but if something does happen to him, we know exactly who was responsible.

It’s been a week of sh*ts and giggles at the commission, if you missed #Myeni don’t worry go back and check out the testimony of #YakheKwinana, you will learn that she forced companies to part with 30% of the tender values but also you would have learnt to make vetkoek.

I’m not kidding; she used vetkoek as her example of why she, continuously, used defunct organisations within SAA to basically to move funds.  Her response was that if your child does not make good Vetkoek, you will teach them to add more baking powder.

If that wasn’t bad enough, one particular question had the house roaring with laughter, in fact DCJ and Hofmeyr were laughing uncontrollably when she responding to her interactions with #Ndzeku – he’s the one that just had 2.5-bar appear in his account and didn’t notice. As much as #Zondo laughed he was super patient as he watched #Kwinana talk herself into admission of guilt, there were many times he stopped her and said, “Are you sure you want to give that answer, wouldn’t this be a better way to phrase it?”

Then at several points he fumed at #Kwinana for her sheer disregard for company law. I am telling you, undoubtedly, this is the best series on online streams today!

It was a week of court battles as we saw #Bushiri and wife get bail under the strictest conditions. R200k was the ticket price for at least R100 million fraud and some horrific other allegations. If he does get out of South Africa it will be a small price to pay. You see what I don’t get is that the evidence is overwhelming, why are they not put on remand? They must be going to prison right?

He was caught live on TV getting rid of the docket! Surely that alone is enough for him (at least) to start jail time.  You think this is a bad story, let me tell you another.

A man took $7.4 BILLION dollars out of our citizens savings and three years later Marcus #Jooste is still a free man, he got a fine though R121 million, not a bad return hey?  $7.6m paid for $7400 million? Zero jail time? How encouraging for other #MonopolyCapitalists, they do not ever wear orange do they? It’s sick the way accounting crimes are not regarded as worthy of jail time.  There was some justice this week though, #Omotoso was denied bail and I should think so too!

Back to politics, Ace is still writing letters and left his vets behind, you would think they wouldn’t be surprised though, he’s not the loyal type. Did you see #DDMabuza?  He looks so well, amazing what a nine-month holiday can do hey?

#LandReform actions were disrupted by the #EFF, yes you read right.  There are at least 200 cases of investigation into SAPS itself and there are changes afoot for BEE laws as the #ZondoCommission unveils fronting and laundering on a minute by minute basis in the name of empowerment.  This is a tragedy. The use and manipulation of a ground-breaking law to balance the scales of business has not moved an inch in over 25 years.  Imagine how far the true BEE companies would be right now, they would be handing their businesses to the next generation. Shame on you South Africa!

In other news #JoburgFlooding (like every year has destroyed lives), I suppose I will write about this next year too. #ClassOf2020 writes their exams I cannot imagine the stress and angst of this stretch for our kids.  Thank you for trying your best in a broken system.

#JnJ released a vaccine for #Covid19 strange how it has only been released in Africa the one place the death rate is very low. They should try Europe or US if they want to make an impact, we are tough JnJ, we fight horrors like unemployment, no living space, fraud and corruption, GBV, rape, murder, TB, HIV, Malaria, further up Yellow Fever, Polio and all sorts, Covid is not really on the board for fast track cures in this continent, can you help us with TB and Malaria? As a Covidder, I’m not taking your jab, I’ll deal with the lethargy and sore throat by myself thanks.

Ok, deep breath, we have to go there, Trump and Biden, we knew it would be messy but my word it’s a rat’s nest. Yesterday morning it was a landslide to Trump and then like magic it was a landslide to Biden. I hate both of them, I do think, that something is fishy though, when every single person, every single one,  votes for Biden in one set of ballots and then in two counties only one vote between each opponent.

There is fraud afoot and both sides are crooked – it is obvious.  This morning Biden has six more to go before being declared President of the US, I assume Trump is going to throw a tantrum and so will his supporters. My biggest question is, if Trump is SO hated, why is this vote so narrow.  America? Can you answer please? Is it true that almost half of you are like Trump? I had ambitions to visit your country, but as a Muslim born in a s-hole country, I’m going to give it a wide-berth.

Wait, wait, wait!  One really good thing came out of the US this week.  Burger King took out an ad telling people to buy McDonald’s, the ad read that the fast food industry is in trouble due to Covid and that they want the industry to continue to thrive as it once did, so if you buy Maccie D’s instead of a whopper it’s ok. Isnt’ that refreshing?

I wanted to end on that note but then 007 died, it left me shaken but not stirred, he had good innings at 90 and was suffering dementia but it was another loss of a legend. #JohnVuliGate!