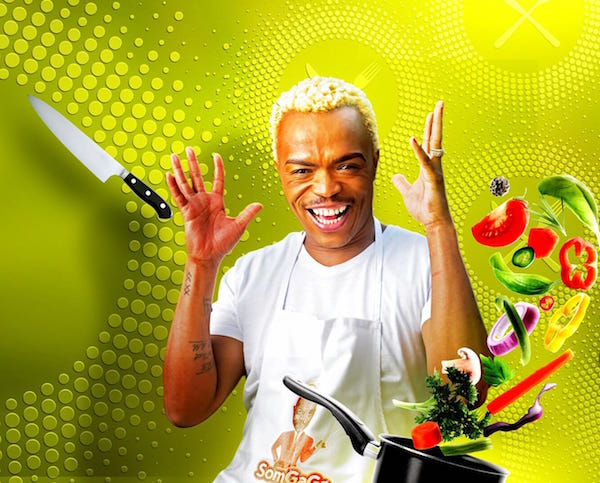 TV personality Somizi’s “obscene” insults and his doxing of two journalists has outraged the South African National Editors’ Forum. The Idols judge posted the reporters’ text and their telephone numbers on his Instagram page.

Now Sunday World acting editor Kabelo Khumalo’s wife has been threatened with rape, as has Julia Madibogo of City Press, while their families have received threats of violence. Somizi has close to four million Instagram followers.

Madibogo approached the Idols SA judge for comment on allegations that he was divorcing his husband, Mohale Motaung-Mhlongo. Khumalo required comment on allegations that the production on his cooking show, Dinner at Somizi’s, had been put on hold amid legal proceedings instituted by Hastings Moeng. Both were following South Africa’s Press Code, which demands of journalists to give a right of reply to everyone they intend to write stories about.

“Instead of responding to the questions raised, Mhlongo opted to insult Khumalo and his parents, calling them obscene names and abused Madibogo,” SANEF said in a statement.

“We believe this is irresponsible in the extreme and potentially unlawful conduct. Mhlongo has a massive support base and a following in excess of almost four-million on the Instagram social platform and his followers have resorted to intimidation and harassment of journalists on all social media platforms. They have subjected both Madibogo and Khumalo to torrents of insults and threats.”

SANEF said although Mhlongo had since deleted the posts from his Instagram account, the journalists continue to be abused. “His cyber trolls have amplified the ongoing attacks on women journalists,” the organisation said.

“His actions have aggravated what is already a hostile working environment, especially for women journalists. This is a direct attack on media freedom in the country. Worldwide similar attacks are being meted out on journalists with the intent to silence their voices, especially that of women and the stories they tell.”

Last year Mhlongo, as well as broadcaster MultiChoice, were issued a summons by Moeng who claimed to have had his intellectual property stolen when Mhlongo launched the popular show.

Moeng claims to have conceived the show’s concept back in 2014 when he reached out to Mhlongo via email and outlined a near-identical pitch to the structure it currently employs, and he has now sought “reasonable compensation” with 15% interest on the amount decided.

SANEF has called on Mhlongo to “unreservedly apologise to these journalists and the public on all his social platforms for his unbecoming behaviour. He must call on his followers to stop harassing and intimidating them. Further, we call on the journalists to lay charges of intimidation and for MultiChoice to officially distance themselves from Mhlongo’s comments”.