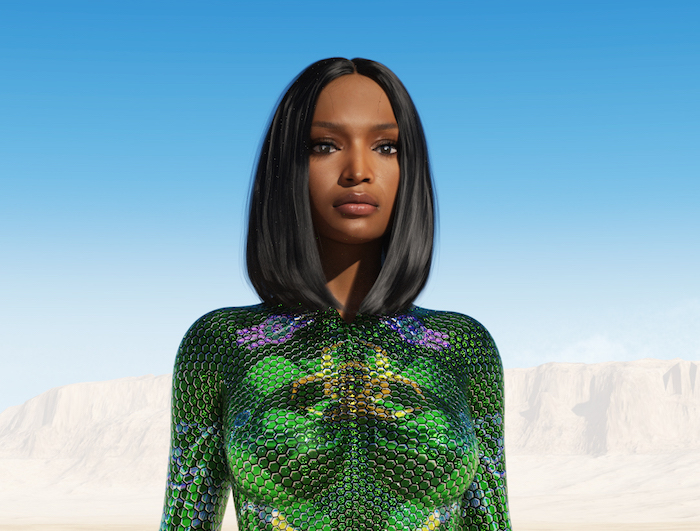 The popular TV personality, MC and speaker has stepped into the digital future by bringing to life iYANDA, her virtual alter-ego who is set to take centre stage in South Africa and world’s fashion and influencer scene. iYANDA joins other talked about virtual human influencers (VIs) such as Shudu, Kim Zulu, Lil’Miquela, Bermuda and many more.

Thabethe recently received international acclaim after being identified as one of the top 12 black tastemakers in beauty, hip-hop, food and fashion in Time Out magazine’s (USA edition) list of global Black ‘influencers of influence’. The list featured influencers from the US and UK and she’s one of only two from Africa – the other being Kim Zulu.

“I am honoured to have received this global acknowledgement and more excitingly to be the first African to launch my own identical digital twin. iYANDA, my avatar is Africa’s newest virtual human. We may look identical, but she will have a life of her own – living in the digital realm,” Thabethe said in a press release.

iYANDA is the brainchild of a collaboration between Ayanda Thabethe and THE AVATAR COMPANY the co-creators of South Africa’s first virtual influencer, Kim Zulu, who was introduced to the world in March 2020 and who has subsequently fronted a fashion campaign for Kangol USA and has graced the pages of Forbes magazine USA, ELLE Magazine (China) and VOGUE.

“iYANDA follows in Kim’s digital footprint and whilst she is inspired by her real-life muse, Ayanda Thabethe, she is her own ‘person’ – a young-minded model and actress with aspirations of one day contributing globally through her many talents and with the big aim of becoming a real role model for young girls across the continent,” said digital maverick, Lebo Kambule.

Kambule added: “While iYANDA is an African first she joins a growing trend of blending the real world with the digital world which has been accelerated through the pandemic. Through the world of computer-generated social media influencers and AI-powered avatars; there’s no doubt, the word of influence and fashion is changing”.

Ayanda and iYANDA are set to work together in the real and virtual world from March 2021 and are expected to marry the physical and cyberworlds through fashion and goodwill projects.