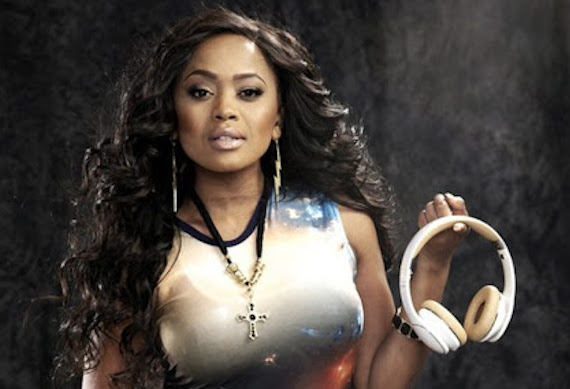 Image: Lerato Kganyago has a new show on METROFM, ‘The Midday Link Up’ with LKG'

METRO FM works consistently to be relevant and engage its audience on different platforms through its on-air personalities, while dealing with the changes in the broadcast environment over the past year.

To that end, the station has announced that Lerato Kganyago will be moving from The Bridge to anchor the 12:00 – 15:00 show, The Midday Link Up with LKG.  Kganyago has been with the station for five years. This move gives her the opportunity to show more of herself and engage further with her growing audience and commercial base, METRO FM said in a press release.

This means the seasoned and much loved broadcaster Dineo Ranaka will host ‘The Bridge’ between 09:00 – and 12:00 on her own. This move will see two of the stations pioneering female presenters anchoring their own respective shows and giving listeners the ability to enjoy more of their individual personalities and broadcast styles. Somizi Mhlongo will return as a contributor to add his weight and wealth of advice to the very famous ‘Ask a Man’ feature on The Bridge daily.

Well known medium Taz Singh, who has been featuring on the Morning Flava and the #TheWkndr, for almost two years will be sharing her gift with our listeners weekly for an extended one hour session due to popular demand. On air with Taz will be featured exclusively on The Midday Link Up every Friday 14:00 – 15:00.

In another change to the station, METROFM’s Saturdays is envisaged to carry on its growth trajectory with the introduction of well-known presenter Sabelo ‘DJ Sabby’ Mtshali, who after 10 years at YFM will be joining METROFM to host the iconic METROFM Top40 Chart Show between 09:00 – 13:00.

In keeping with its reputation as the home of the stars, the station is excited to launch a brand new dance show on Saturdays at 16:00  until 19:00 to be hosted by the renowned Sikhululo ‘Lulo Café’ Maliwa and trail blazing, dancing DJ aka ‘the tattooed lady’ – leader of the new school Lamiez Holworthy. Lamiez is no stranger to the METROFM family and has been spinning the mornings with top mixes on the Morning Flava over the past two years and presenting  Live Amp on our sister television station, SABC1.

Lulo Café is an authority in the music industry as a soul house music DJ, producer and presenter on METROFM and this show gives him further opportunity to carry on the foundation laid in the past 12 months on the #StayHomeMixHour that he hosted. The two musical authorities will combine to keep our listeners dancing every Saturday on ‘The Penthouse Sessions’, changing the world one BEAT at a time.

Oscar ‘Oskido’ Mdlongwa will be taking over the 19:00 – 20:00 time channel to start a newly curated talent development show. As a pioneer in the music industry Oskido has given a platform to many new artists and as a music radio station, METROFM has the responsibility to grow the music industry for everyone – thus Oskido will be tasked with finding new talent in the industry who will be featured on the show every Saturday in all different genres.