Brand New Seasons of FAN FAVOURITES on The HISTORY® Channel 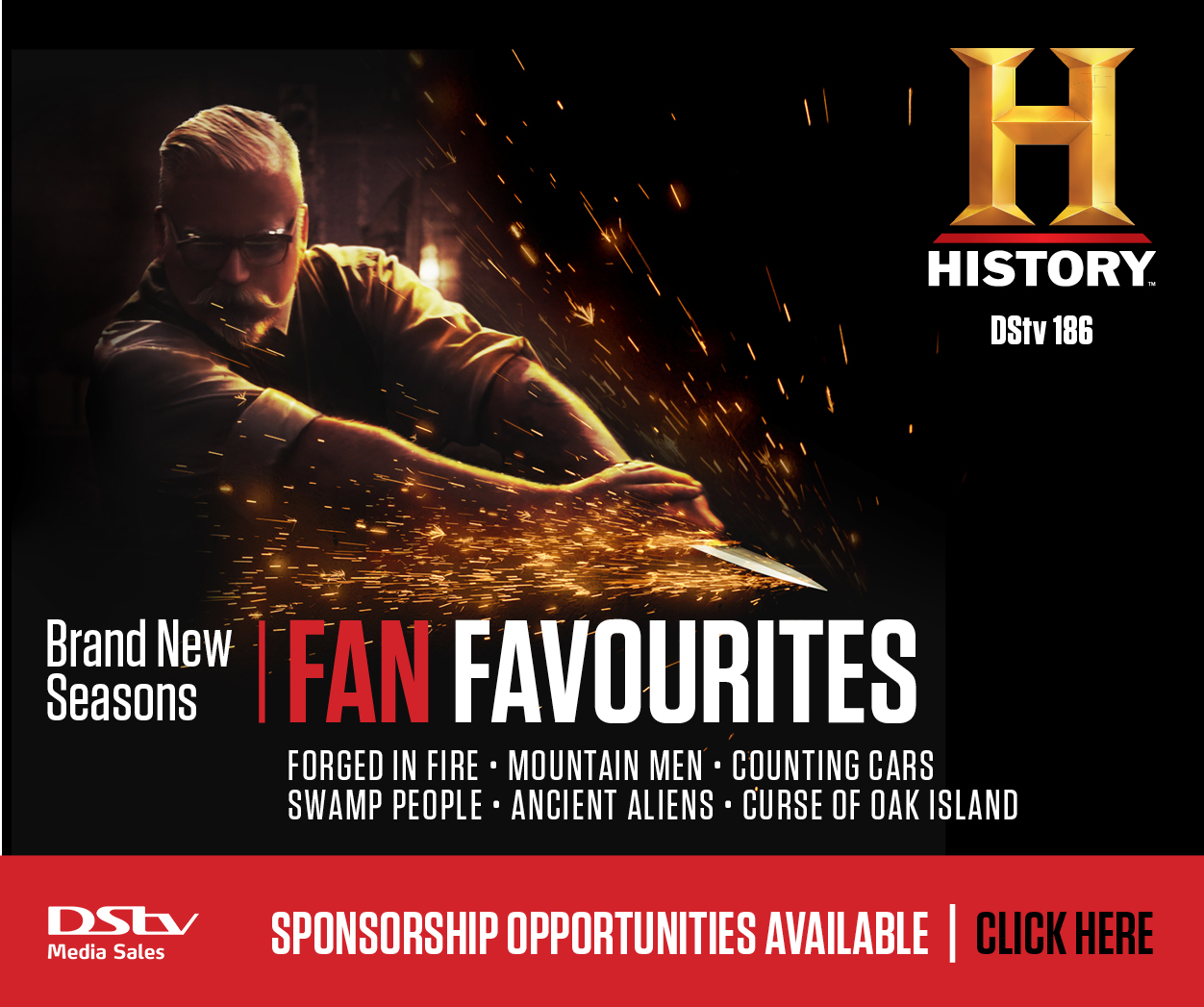 [PARTNER CONTENT] HISTORY® Channel Africa has great sponsorship and advertisement opportunities coming up with the return of many fan favourites. New seasons currently on air are Forged in Fire S8 and The Curse of Oak Island. And those premiering in the next few months include ratings winner The Curse of Oak Island, the popular Mountain Men, Swamp People and Counting Cars.

The heat is on with Forged in Fire airing from 12 April and continuing through to August on Mondays at 20h15. Hosted by former US army sergeant Grady Powell, it features the cream of the crop with four bladesmiths going head-to-head in each forging battle. This season, witness battles of epic smackdown proportions with former Hall of Fame wrestler, Ric Flair. Flair, aka The Nature Boy makes a special appearance as a guest judge in one of the episodes. The explosive two-part finale sees the ultimate bladesmith winner leave with $10,000 cash and the coveted title of ‘Forged in Fire Champion’.

The second series of Salvage Kings kicks off on Wednesday 9 June at 20h15. We get to rejoin the demolition and salvage team at Priestly Demolition, a family owned business with over 250 adrenaline-pumping jobs a year of tearing down  buildings and racing against the clock to pull out anything valuable left behind.

2021 also finds The Curse of Skinwalker Ranch S2 starting on Friday from 6 August at 19h25. The investigation of the world’s most mysterious hot spot for UFO sightings and strange phenomena occurrences continues. Come join astrophysicist Dr. Travis Taylor and real estate tycoon Brandon Fugal, who together with a team of scientists and researchers’ risk everything to reveal the ultimate secret of Utah’s notorious Skinwalker Ranch.

Mountain Men S10 makes its premiere on Thursday, September 30. As winter loosens its grip on the mountains of North America, life for the mountain men gets a whole lot harder. Opportunities to gather enough wood to survive and grow their own food in the harsh wilderness once again showcases their resilience. It’s not an easy life, but for these mountain men, it’s life as they know it.

Other titles to look out for include The Curse of Oak Island which finds the intrepid Oak Island team led by modern day explorers. Rick and Marty, back for the biggest season yet – bringing more determination, resources and technology than ever in their quest to solve the 224-year-old treasure mystery.

Nature enthusiasts can catch season 8 of Alone and Swamp People S12 on the History channel. The survival series Alone will air on Thursdays from August 26 at 21:05 and sees 10 contestants pitted not just against each other but against the harsh conditions of the Canadian wilderness. Swamp People TXs on Thursdays, starting 10 December and documents the stories of the proud descendants of French-Canadian refugees settled in the swamp region of Louisiana. This fiercely independent group struggles to preserve their way of life during the most important time of the year for them: alligator-hunting season.

Most people in Las Vegas bet with chips, but in Counting Cars driving through this December, Danny ‘The Count’ Koker bets with cars. From classics to exotics, from hot-rods to choppers, Danny and the crew of Count’s Kustoms will stop at nothing to find and flip the greatest rides of all time.

To round off 2021 and as part of the UFO and Mystery Week, Ancient Aliens will return to the channel in December with an extraordinary two-hour special with William Shatner. Here Shatner and the team of experts will explore everything from human origins to ground-breaking archaeological finds, new understandings of the cosmos and the profound possibility that we are not alone in the universe.

Tune in all year to The HISTORY® Channel Africa on DStv 186 to catch the best of your favourite series.