The 9 best international series on Showmax this June 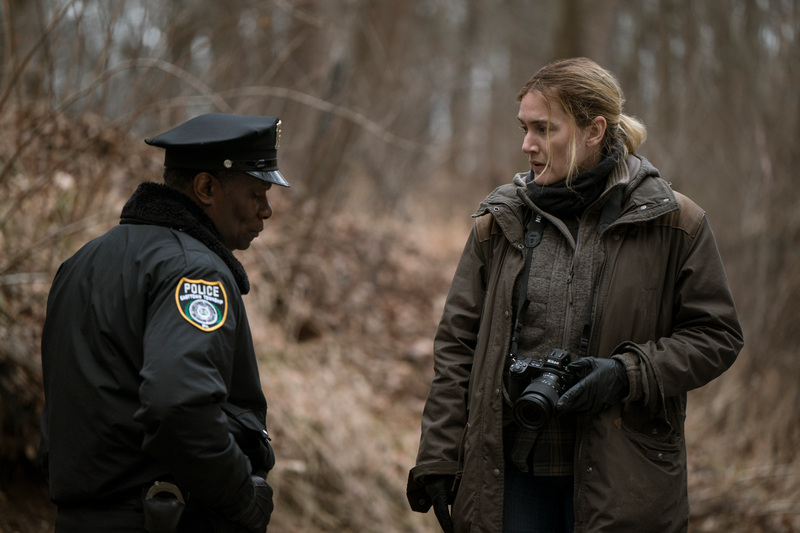 There’s a chilly winter weekend ahead. And a slew of new series on Showmax to binge.

The seven-episode series holds a 92% critics rating on Rotten Tomatoes,where the critics consensus says Winslet is at her “career-best”, and an 8.6/10 score on IMDb, where it’s currently at #1 on the Most Popular TV list. The Guardian hailed the series as “a stunning, harrowing success… a murder mystery that kept us guessing right to the profoundly moving end.”

Ladies and gentlemen, can we have an OMG? (And all the tissues!) It’s Friends: The Reunion, also known as “The One Where They Get Back Together.”

They’ll visit the original sets, do table reads from classic Friends scripts, re-enact some of the best moments from the show, and share behind-the-scenes footage as they look back at the legendary Friends years and the enduring pop culture phenomenon that’s still the ultimate go-to for those deep-binge long weekends.

The cultural phenomenon picks up where we left off, with June’s fight for freedom against Gilead. But the risks she takes bring unexpected and dangerous new challenges, and her desire for justice and revenge threaten to consume her and destroy her most cherished relationships.

Based on Margaret Atwood’s acclaimed 1985 novel, The Handmaid’s Tale has won 75 awards to date, including 12 Emmys and Golden Globes for Best Drama Series and Best Actress (Elisabeth Moss). The series holds an 8.4/10 score on IMDb, where it’s currently at #3 on their Most Popular TV list.

Joseph Fiennes and Yvonne Strahovski are back in their Emmy-nominated roles as Fred Waterford and Serena Joy, as are Ann Dowd, Alexis Bledel, Bradley Whitford and Samira Wiley in their Emmy-winning roles as Aunt Lydia, Emily, Commander Lawrence, and Moira respectively. Rising child star and Critics’ Choice nominee Mckenna Grace (The Haunting of Hill House, Troop Zero, I, Tonya) joins the cast this season as the teenage wife of a much older commander.

Rick and Morty Season 5 is here, and Rick Sanchez is back! The sociopathic genius scientist lives with his daughter Beth’s family, constantly bringing her, his son-in-law Jerry, granddaughter Summer, and inherently timid grandson Morty on insanely dangerous adventures across the multiverse.

Rick and Morty won its second Outstanding Animated Program Emmy in three years in 2020 and is currently the 13th highest-rated series of all time on IMDb, with a 9.2/10 rating from nearly 400 000 fans. That makes Rick and Morty the second highest-rated animated series of all time, behind only Avatar: The Last Airbender. It’s one of the most-binged series on Showmax, with all previous seasons available to stream.

Based on Robert Kirkman’s hit comics, The Walking Dead is the definitive zombie show, having won 78 awards globally, including Emmys, People’s Choice and Critics Choice awards.

Among other awards, The Walking Dead was nominated as Best Horror Series at both the Critics Choice Super Awards and The Academy of Science Fiction, Fantasy and Horror Films in 2021. Season 10 has an 83% critics rating on Rotten Tomatoes, where the consensus is, “A few changes in front of and behind the camera allow The Walking Dead to create space for compelling new stories and some seriously scary new adversaries.” The series remains a favourite on IMDb’s Most Popular TV list, where it’s currently at #15, with an 8.2/10 score.

Norman Reedus and Danai Gurira return in their People’s Choice-nominated roles as Daryl and Michonne, as does Melissa McBride in her Critics Choice-nominated role as Carol. Jeffrey Dean Morgan is also still alive as Negan, a role that won him MTV and Critics Choice awards, but the bigger threat this season is two-time Oscar nominee Samantha Morton (Harlots, In America, Minority Report) as Alpha, the leader of the Whisperers, who wear the skins of zombies, and live among them… Morton was nominated for a 2021 Critics Choice Super Award for Best Villain for the role.

For six seasons, Younger has kept fans guessing: will Liza (Sutton Foster in a Critics Choice-nominated performance) choose Charles (Peter Hermann) or Josh (Nico Tortorello)? Now, in Season 7, she’s going to have to decide once and for all, because, not only has Charles proposed, but it’s the final season… (Although, advance warning, the trailer suggests there’s a third option this season: surf legend Kai Manning).

From Sex and the City creator Darren Star, Younger is set in the publishing world of New York City. The cast includes Hilary Duff in a People’s Choice and Teen Choice-nominated role as Kelsey; Miriam Shor in a Critics Choice-nominated performance as Diana; and Screen Actors Guild award nominee Debi Mazar (Entourage) as Maggie.

Younger has a 99% critics rating on Rotten Tomatoes, with The New York Times hailing it as “escapism at its fantastical best.”

Based on Crystal Moselle’s critically acclaimed feature Skate Kitchen, HBO’s half-hour series Betty is back for a second season as it continues to follow a diverse group of young women navigating their lives through New York’s predominantly male-oriented skateboarding scene. The comedy stars Dede Lovelace, Moonbear, Nina Moran, Ajani Russell, and Rachelle Vinberg, who all reprise their roles from the original film.

Betty has a 97% critics rating on Rotten Tomatoes, where Season 1 was the fourth best-reviewed young adult series of 2020. As the critics consensus there puts it, “Earnest, audacious, and effortlessly cool, Betty captures the spirit of skating and friendship with style.”

“Betty looks like how being a teenager feels,” says Variety about Season 1, “…with such visceral verve that you can practically feel the wind whipping through your own hair through the screen.” They also praise the performances, saying, “Every actor is … so immediately comfortable in their roles and rhythms that the show often feels more like a documentary than a scripted show. But it is, and an especially well-plotted one given that it only has six episodes to give everyone a decently satisfying arc.”

INTO THE DARK S2 | Binge now

In this horror anthology from Oscar-nominated producer Jason Blum (Us, Get Out, The Purge), each episode is inspired by a holiday, from Halloween to Thanksgiving, Christmas to New Year’s Eve.

Into The Dark was nominated for Best Series at the Fangoria Chainsaw Awards 2020 and won the 2020 Imagen Award for Best Primetime Program.

This teen favourite reboot of the popular original series follows three sisters: Macy (Madeleine Mantock from Into the Badlands), Mel (Black Reel nominee Melonie Diaz from Fruitvale Station) and Maggie (Sarah Jeffery from Descendants). Following the death of their mother, they discover they are a powerful trio of good witches, known as the Charmed Ones.