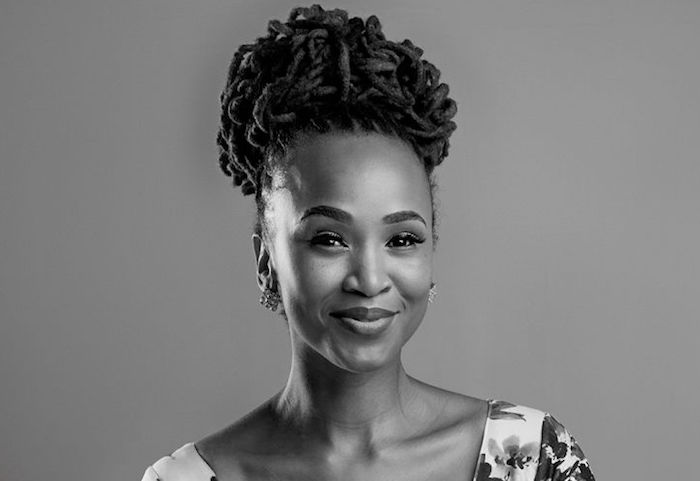 After its popularity last year, it’s no surprise that The Future Is Female returned to Radio Days Africa in style this year. Renowned journalist Claire Mawisa returned to talk to a panel nothing short of powerhouse female broadcasters and media professionals, predominantly about their journeys to where they are today, as well as the challenges they’ve had to overcome along the way.

Joseph was asked about her departure from 702’s Afternoon Drive show last year, which she referenced in line with a decision by management to move towards a line-up that favours men. She began by saying that “it was a brave choice for them to put a female on Drive”, but Mawisa was quick to ping the statement, asking whether that should still be a big deal in 2021. A collective sea of understanding smiles swept across the panel in response, and the stage was set for each contributor to share their experiences one at a time.

Setlogelo talked about underrepresentation as something that pushed her to create and build her ad agency — now celebrating its tenth year of operation — into one of the best on the continent. “I had a huge problem with underrepresentation [of women],” she said. “One of the biggest challenges was just finding myself in the room to pitch our services”.

She recalled that it felt like begging for a very long time. Things have since changed, and these days she is happy to be dealing directly with more female decision makers across the spread of clients at the agency.

Mohono may not have dealt with too many women colleagues on her journey to becoming one of the most popular rugby presenters at Supersport, but she is all too familiar with the challenges of being a black woman in what has traditionally been a white male dominated field. “High school taught me already that you have to perform twice as well to be noticed,” she started. “I didn’t know it at the time, but it was preparing me for the work I’m doing today”.

As someone who has a lot of experience speaking to millions of people on radio, McKenzie is also someone who is well prepared for the work she does every day. She continues to make waves as one of the leading women in the African broadcasting space.

She talked less about her own rise, opting to focus more on the responsibility of being able to influence a large group of people. “Respect every single listener you’re speaking to,” she said. “Be with them as much as they are with you at that moment”. She claims that you’re only as good as your last link, and the same could apply to your last post online, which may be taken quite literally by a young person with dreams and aspirations of their own.

The session was jam packed with so many incredible pearls of wisdom, that it’s worth going back and listening to the podcast recording if you missed out. A final thought from Mohono wrapped up the discussion so delicately. Talking about ways for women to “level up” in their own fields, she mentioned the importance of watching and learning from people [women] you love and revere. It does come with a slight caveat, however. “Do not emulate,” she added. “You are you, after all”.

QBE vs. The Classroom

Day 3’s afternoon session was titled QBE vs. The Classroom, with media trainer and consultant Neil Johnson moderating an engaging discussion about the different training avenues that lead to a career in broadcasting, and whether enough is being done in modern lecture rooms to adequately prepare students with the skills they need to have sustainable careers in the field.

The panel for this conversation included Grant Nash (head of creative solutions at Primedia Broadcasting and radio knowledge manager at Boston Media House), Alan Finlay (lecturer in journalism and media studies at Wits University) and Mzoxolo Jojwana (programming manager at 702).

Johnson was quick to set the stage, mentioning that the discussion would touch on the human resources, education, training & development components of the broadcasting realm.

A hot topic in this space is the ongoing prevalence of retrenchments and restructuring as a result of station revenues not meeting targets. Naturally, there is a knock-on effect on training and development, and Covid-19 presented an entirely new layer of challenges for stations all over the world.

“It has been coming for a while,” Jojwana said. “It’s an ongoing conversion, and you assess where you are at every turn”. Nash echoed these sentiments. “Our American counterparts had the advertising downturn ten years ago, and we’re kind of in the same space now”. According to him, the only way out is to continue to be innovative wherever possible.

Although not able to comment on the broadcasting landscape, Finlay shared insights about the decline in print sales across the continent. Although this has led to the rise of juniorisation in the industry, he was quick to mention that it hasn’t all been bad news.

He discussed key shifts in transformation as a big positive in recent years. “At the editor and staff level, there are important changes,” he said, referencing that there are more black editors in employment now than ever before. These changes signal a shift towards better alignment in a multifaceted market, even though it has to be said that there are still low levels of transformation in general at the board level, especially in big media houses around the country.

The panel was eager to discuss their views on the “qualified by experience” training versus a formal education in journalism or broadcasting. Jojwana actually studied journalism, and in spite of his advocacy for on-the-job training, he attributes the degree to getting him a foot in the door in the industry. Nash got his start at TUKS FM, mentioning that he often tells people the experience gave him a “degree from the university of radio” (on top of a formal qualification in English).

“I am a massive advocate of community stations as our best friends, not our adversaries” he told the panel and attending delegates. Finlay was quick to add that these stations “are attracting big audiences” and campus radio is an important training ground for anybody looking to get a start in the industry.

So passionate is Nash that he has co-authored and published a textbook with Justine Cullinan to offer a mature, context-appropriate radio training syllabus to radio stars in training. “We need more locally written books tailored to the local market,” he added. “There are fundamental cultural differences to how stories are told here, relative to the rest of the world”.

Jojwana agrees, and wants to see radio at the forefront of media in South Africa for many years to come. According to him, we also need to contribute as industry practitioners keen to tell stories by South Africans, for South Africans. The same should apply to the African continent as a whole.

“The job is also to enrich young people,” Jojwana added as the session drew to a close. “I don’t think we do enough. It’s our job as people already in the industry to really focus on closing that gap”.