Seven days on Twitter: A #CabinetReshuffle and other hustles 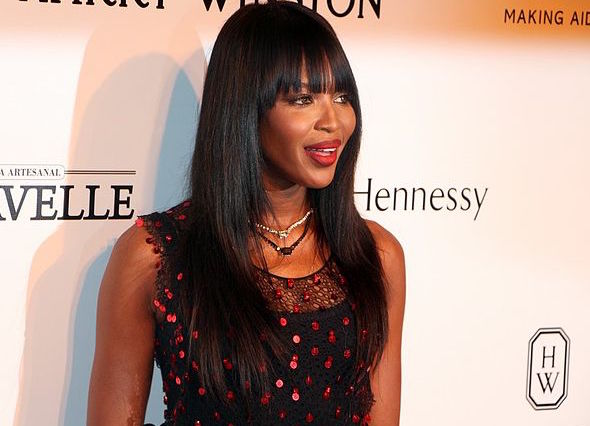 #CabinetReshuffle chucked a curveball on this report: I was done and dusted when I heard the news that the #President would be addressing the nation on a #CabinetReshuffle and that #ZweliMkhize had ‘resigned’.

I was amped for his speech, and I didn’t care if it was monotone. I was going to be alert and pay acute attention. Sadly, as I rewrite this report, I feel a bit deflated, like I went to a party and there was no music or balloons across the walls. Not much of a party (see what I did there)?

First off, of course #ZweliMkhize had to resign; isn’t that the very least we can expect? And where have our suspended/stepped aside/special leaved/resigned Health Minister #ZweliMkhize and his crooked son #Dedani been since this debacle arose? They were having pedicures! I kid you not. With the theft of millions, #Dedani and his nearest and dearest opened a boutique salon and there are images of #Dedani having a pedicure. Where are the police? This is a #Hustle, it’s an open and shut case, put them on remand! You accepted his resignation Mr President? I should think so too, Sir.

What happened in the #CabinetReshuffle? The most important bits are that our head chef #TitoMboweni has resigned despite Ramaphosa’s request for him to stay. I don’t blame him; now at least he can tweet and cook in peace without dragging the nation’s debt like a noose around his neck. I will miss him though.

But now enter Enoch #Godongwana our new minister of finance. He has a couple of small nyana skeletons (some #Hustle) but on the balance sheet the jury is out on this appointment, with most saying ‘let’s wait and see’.  #JohnSteenhuisen didn’t make the cut though. What on earth was that about? #SuchAHustler.

The President also said, in no uncertain terms, that he was taking defence and security directly under his wing (I liked that bit)! That’s a #Reshuffle. #SydneyMufamadi will be the National Security Adviser. Water made top of the agenda, #Cele missed the guillotine even though the nation called for his head. I still say I like #Cele, but I don’t drink so I can’t relate to that #hustle.

And then finally #ZiziKodwa will take over intelligence (oxymoron?). Apart from some top cuts another 11 new deputy ministers were appointed to the #BloatedCabinet. Perhaps I am ignorant, but this was the first time I heard many of these names mentioned. Is that a good thing or are we just hustling to eat again?

I think that’s the bit that made me feel ‘meh’. Why didn’t you use a guillotine, Mr President, why didn’t you cull the bloat and then the rot.  Why didn’t you take down the Aces, the Angies and the old- age home that you have in your cabinet.  Just retiring those over the age of 70 would be a good start. I must say that when news media wrote about the #CabinetReshuffle coinciding with DD Mabuza’s return from his Russian dalliance I was so hopeful, but it turned out that that story was just, well, a #Hustle and I was duped again. Meh!

Last week, using irrefutable data as proof, we released the #InstigatorsOfTheInsurrection. I would love to tell you that it made an impact, it didn’t.  Eleven so-called ‘instigators’ are behind bars and four have been granted bail, yet not one of them is called by the name #Zuma. The bail imposed was laughable.

Look at #Mchunu, this guy has such influence that he summoned a private jet and is brazenly recorded on tape saying that he will escape. He was released on R2 000 bail that’s less than one month’s groceries and certainly less than a tank of fuel after this week’s #petrolhike. I don’t get it, at all.  That #MercedesBenz looter got out on R5 000 bail. And there is no mention of the Zumas. Why? Why is there deathly silence about the real instigators?

A journalist asked #DuduzaneZuma if he had heard from any law enforcement officials and you guessed it, the answer is ‘No’. In fact, in the same interview, he said that if he was in the looters’ shoes at the time, he would have done the exact same thing that they did. He reinforced his message of anarchy and he crowed about it. It is very clear he is above our law, even more so than his father. Are you listening #MrPresident?  #Hello?

#NaomiCampbell’s wrote an open letter to #Zuma. I’m a fan, not only is she enviably beautiful but she’s such a strong presence and has always held herself with grace in her power which is a rare trait. #Campbell and a friend of #Mandela, a massive celebrity with a great reputation making an effort to put pen to paper asking Zuma to call for peace in South Africa.  What happens next?  Is there a dialogue between the celebrity and the #JZFoundation?

Well not exactly, uBaba’s daughter, #JabuZuma took shots at Naomi. Jabu basically called her ignorant but good old #Duduzile, she responded with a jab at Naomi’s hairline. She posted unflattering pictures of the supermodel calling it a “hairy situation” to get involved in. This is the truth, guys, I’m not making this up, she dissed #NaomiCampbell’s hairline as a response to her #OpenLetter, such class hey? #ThisPlaceIsWeird

As I write this we have been told to expect further ‘unrest’ in the coming days. They say “unrest” but really, they mean another “coup attempt”. Ah, you know the kind, the type where it’s not a coup at all because South Africans #WillNotBePlayed. Instead, what they mean is that there are terrorists due on our streets and we are to take cover in case the government are caught sleeping again! #helloMrPresident! #ThisPlaceIsWeird

You want to know what’s another #hustle? Racist narrative that is not been voiced by the public, but rather surreptitiously orchestrated by political parties. Wait is that weird? Well in a country that was manipulated by #BellPottinger perhaps it’s not so weird. We are used to outside forces trying to push us apart. #EFFinPhoenix.

Thirty people died in Phoenix during the #insurrection, over 300 people died across the country. Who’s fault is it? Who created the chaos on our streets before the looters? So called (and no doubt), paid, #ZumaSupporters that behaved like terrorists. They destroyed many parts of our fragile production lines and almost crippled two of our major provinces. Not only are there 300 dead but also thousands that are living way below the breadline as a direct result of the failed #coupAttempt.

#JuliusMalema wants you to believe that “our people cannot breathe … (because of) racist Indians”.  I’ll tell you who cannot breathe #Juju, it’s US, all of us who are not dirty politicians and enablers of corruption nested in corporate South Africa. US, the ordinary South Africans who are not interested in race wars, we’ve just been through a war, and we are tired, just leave us alone!

We are rebuilding and you haven’t even dirtied your hands. What did you build Julius, what did you clean? Nothing, but you did do something today, you and your well branded supporters, you brought this to #Phoenix today: you closed businesses, stoned shops, brought a bucket load of fear and a cesspit of anger with a #Covid19 #Superspreader event that was the #EFFInPhoenix. #SitDownCIC

#ConnieFerguson brought us to tears as we watched the gut-wrenching funeral of #ShonaFerguson. Connie told us said she doesn’t know what tomorrow looks like. Neither do we, Connie, neither do we. May your soul find ease through this pain. Is there a family in South Africa that has not felt this pain and massive loss during lockdown?

I can’t think of one family, can you?  The statistics say the numbers are down and that we have passed the peak of the #ThirdWave and in the same breath we are told to prepare for the #FourthWave.  When are we going to stop giving them numbers and equip ourselves with changes that accommodate the virus rather than try to keep fighting it.  #HelloMrPresident!

I had a conspiracy theory that #Ramaphosa was going to lock up the well-liked #Mkhize and in doing so would have paved the way for Ace, Duduzane and a whole troop of others, but sadly not. Well not as yet says the patriot and optimist in me.

The IEC postponed the elections and #DimisaniMasilela’s killers got life (it’s about time). #Somizi and #Mohale tore chunks out of each other through the media this week. It’s woman’s month, so brace yourself South Africa. Coming up is a horrific set of statistics about the abuse of the female gender and the lack of interest from our leadership. That’s all though. We’ll see you again next year.

I’m not great on sport and you probably know this about me but #TatjanaSchoenmaker won the nation’s hearts with her #OlympicMedals. With almost 70k mentions and an engagement of R1.6m in South Africa alone #Tatjana dominated social media over the past fourteen days.  There were many heroes in the #Olympics2020 but this woman and the images of a dream fulfilled were enough to keep you smiling through all the strange happenings around us.

Thank you #Tatjana for saving South Africa. We salute you #StrongWoman #PowerfulWoman #SouthAfricanWoman!