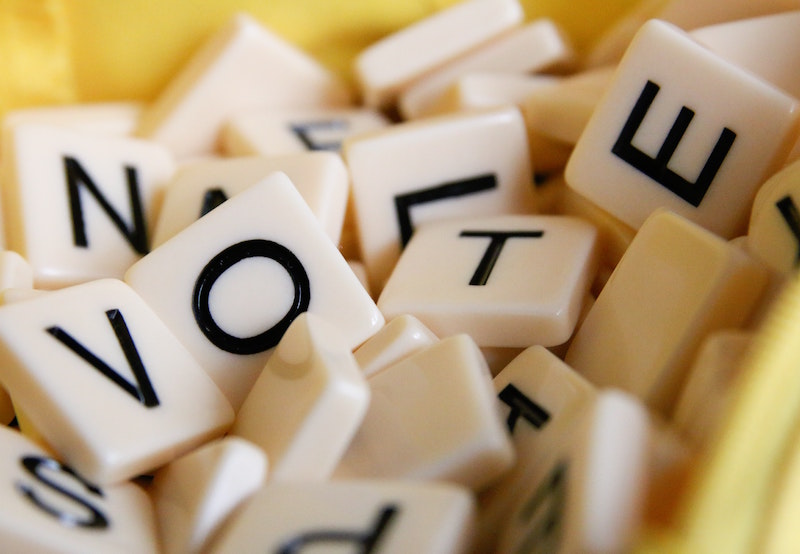 A #LGE2021 An Acumen Media Report by Tonya Khoury.

Nope, I landed on sand and it’s not that bad. The boat beached. I don’t know if you’ve been on a rubber duck but when that boat beaches you brace yourself for impact, I did. The thing is the boat beached twice because of a gully formed by the lagoon, I had loosened my grip on the first beaching, and with that I tumbled off the boat and was covered in sand, head to toe, flat on my back.

I’m acutely aware that I’m not getting younger, but man, did my body tell me exactly how old I was with that little backflip. Mom woke up the morning of voting with a sore throat and body pains, it’s just flu, guys calm down. I then called Nellie and said that it was likely we weren’t going to go.  Her response: “I don’t know who to vote for anyway so I’m not walking in this heat!” I felt terrible. Me, of all people, should have been in that voting line, but low and behold (brace yourself for a second lurch of the boat), I was in the majority. Now there’s a plot twist.  #SAHasSpoken

Statistics poured in on the screens and across headlines, #LowVoterTurnOut. Understatement! Less than a third of us left our homes to exercise our democratic right. Many who did leave their homes did so just to spoil their vote.  #SAHasSpoken.

Before we even breakdown #LGE2021 (and I’m not sure I can – it’s far too confusing), I have to comment on the appalling coverage from our television news stations. I am a media and statistics person after all so these things interest me a great deal, and they should interest you too. I have photos of three different stations all carrying different statistics about the voting numbers at the polls and the number of votes counted.

What does that even mean? Poor journalism or … I can’t even go there. Kudos to the SABC, though, because they woke up quite quickly and pulled down those strap lines. The other big two put time stamps on their straps but even then they didn’t correlate.  I think most producers were so relieved when we no longer focused on the turnout number and switched to counting (it’s easier to explain away discrepancies).

Then enter the second beaching, the crawl. The IEC was counting a third of the expected voters and it took almost four days!  My team could have counted it faster – I’m not even exaggerating. The straps paused on this line: “99% of the votes have been captured”. (Lots of room for leverage there – counted vs captured, 99% isn’t a number it’s a vague statistic when you don’t know the base line.)

Here we are, only one third of those registered to vote pitched up. That means that two out of every three people that are actually registered didn’t turn up to exercise their democratic right. In the last national election almost 60% of us turned up, so that number was effectively halved. Add to that that another 2% of people that queued up and then spoilt their ballot or voted for a smaller party that had no chance at all and you have almost 70% of the voters who voted #NOTAA – ‘NOT At All’.

I was angry at first and then I saw the genius of a democracy at work. With less votes, the pool of each municipality became smaller and so did the ability for majority rule. The Daily Maverick called it the “Return to Minority Rule”.  How ironic? But also quite interesting and maybe a little exciting? Please don’t lynch me. #SAHasSpoken

I’m not over the voter turnout, indulge me a little more please. Less than one third of the voters turned up. Does that mean the majority decided they don’t believe in the voting process or they simply had no one to vote for?  #SAHasSpoken by a two thirds majority, a strong message that the democracy, as it’s playing out in South Africa, is not working and we can’t find an alternative on the ballot papers. I think that was the obvious message right?

Well, no, not at all, not if you’re the ANC. I’m sure you laughed with me when #JessieDuarte told us that the #ANC are the winners and #Covid was blamed for low voter turnout. I’m sure you raged with me when the ANC blamed #Eskom. They then told us, with arrogance, that they are not desperate but #GwedeMantashe’s face said different.  His hunched body and crossed arms with a blank stare – away from the journalist – said it all … defeated, shocked, mortified, exhausted. The jig is up, my friend. #SAHasSpoken. A bit like in an abusive relationship, eventually the bullied stand up or sometimes the victims just leave.

Look at the state we are in now, many are saying it’s a massive tragedy, but for the statistician in me, it’s been great fun digesting the stats.

Here’s some numbers for you:  Over 30% of the municipalities are hung – there is no outright majority in a third of our municipalities.  When we drill down on those municipalities, the big ones showed five out of eoght will require a coalition to form majority rule. It gets even more interesting when you look at each metro. Let’s take our capital, Tshwane; the ANC have 35% and the DA have 32%. #ActionSA has 8.6% and the FF+ edged to 9%. Let that sink in, assuming a majority is required of 51% it means that the only way anyone can rule Tshwane is by the ANC and the DA partnering up, so the vote for the DA went to the ANC and the ANC vote went to the DA – let that sink in.

#Beached! The same is true for Johannesburg, no single coalition will win the majority. The same is true for #Ekurhuleni, #NelsonMandelaBay and unless the ANC partners up with the EFF in #Ethekwini, the same is true there. That’s not a happy story (for any party) but if they don’t partner up, they fight for jobs. Wait a second … that might just work, people fighting over each other to make sure they keep their jobs. Mmmmhhh … #SAHasSpoken

There were some real pearlers in the voting results. #RobbenIsland, the #EFF took 51% – imagine? In #Nkandla, well the ANC was chased out of town as the #IFP took over 80%. There’s a message! They didn’t take long to physically remove ANC members from the municipal buildings, a bit like #Zille who was frogmarched after voting because she was still electioneering to the queue of voters. There is a level of desperation driven by ego that is simply astonishing isn’t there?

Talking about my favourite, #Zille took a month to canvas in #NelsonMandelaBay and the result: well pretty much #GwedesFace, nine seats lost and almost 10% less votes. The DA, (read Helen) said they have achieved their lifetime ambition, to bring the ANC below 50%. They don’t give you a word on what happens next or how they will run their own hung municipalities but at least they achieved their ambition, hey? Here’s an other belter! The #CapeExitParty got such a low vote they might as well have stayed and exited before they started. That made me happy, thank goodness Cape Town #SAHasSpoken #SAHasSpoken

Oh the DA still blamed #Maimane – years later but let’s talk about him for a minute. Was he the real winner on the day? The number of votes counted as ‘Other’ were as much as 10%. Is this our electoral reform? Talking about ex-DA members, Herman #Mashaba spoke with such arrogance at gaining traction in Gauteng. It was an impressive performance, but Gauteng is not a country, Herman. All it shows is that the voters found you in Gauteng. Please leave the high horse and come down to the masses.

Julius held a presser; I call it the #juliuspresser, but Twitter prefers #EFFPresser. Social media had me in stitches when they said that the EFF are friend zoned; they won on Twitter but on little else. Many saidJulius is the problem, but #CIC put them straight: it is his party and he is the leader of it. He said that, like any other party, the leader takes the placard, but then also went on to list #Buthelezi as the face of the #IFP. #SAHasSpoken

The one thing that made my skin crawl was the growing number of #FreedomFrontPlus votes in #Tshwane it was around 8%. No please, just no.

So here we are a new learning to the democratic process, #CoalitionCountry. We were told by Herman he will not be the king maker to the ANC (it was an election promise see) and then said he will also not be going back to his old employer. We’ll see. We are also told that the DA are in coalition talks with the ANC. How does that make you feel DA voters? Ready to be run by the same party you didn’t vote for? We are also told that #TonyLeon is heavily involved in negotiations.

There you have it, minority rule and we rolled back the clocks 20 odd years on the leadership of the DA. You must admit it is fascinating but a bumpy ride?

In short, South Africa shook up democracy like a tidal wave and beached the boat. #SAHasSpoken

I’ve run out of words but there was other news. Mango won’t fly, #Galgut won the #BookerPrize, #AceMagashule warrant and postponement was there. At #Capitec, a woman lost her shirt literally. Bits of #Denel blew up and #Mkhize allegedly involved in #BabitaDeokaran’s assassination.

It was #Dewali, it rained though, so the fireworks didn’t quite make an impact, to be honest we’ve had enough fireworks for one week.

Have a restful weekend and stay on the boat. #SAHasSpoken

I’m Tonya Khoury and we have just #ScratchedTheSurface of the week in media.