Seven days on Twitter: The battle for the #SoulOfSA 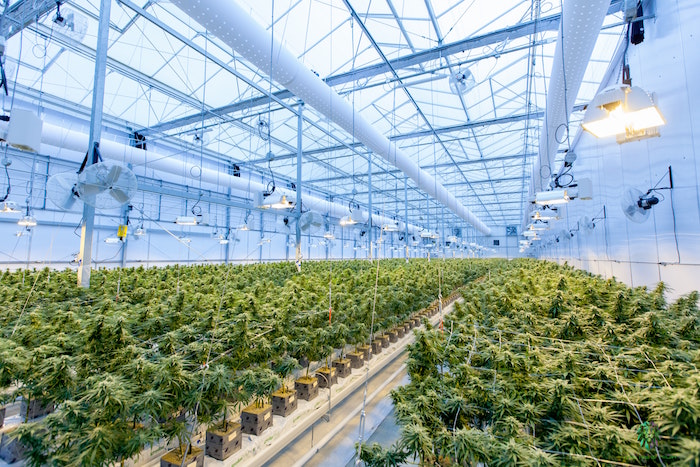 President Ramaphosa will fast track the industrialisation of cannabis

We were wrong! I’m delighted to tell you that our President is back, good people and short of listing a set of names and telling them to exit left to meet the NPA at the door, he delivered this exact message with a little more decorum.

But I’m getting ahead of myself. Let’s start at the beginning.

The ceremony kicked off with a great deal of fanfare. Marching bands, the army, planes flying overhead and even the bagpipes were out (I don’t get that bit). The #Sona2022 theme colour? A gluttonous gold draped across the City Hall in Cape Town. The red carpet was swollen with outfits that cost far more than R350 and we felt that!   #StateOfOurNation.

A quarter of a million people engaged on social media about #SONA2022 and they weren’t happy at the start.  The President arrived in an enviable motorcade and made his way with pinpoint timing to the lavish event.  His opening line was directed at the RET.  He called our Constitution “the most beautiful Constitution in the world.” And with that gave #LindiweSisulu and her #RET crew a jab.  It was at this point that my eyes left twitter and actually focused on the screen.  What was this guy doing?  Was he doing exactly what we were begging for – a huge cull of the rot and a set of orange overalls?  Surely not?  Was he actually going to put the #TenderSwindlers behind bars? #SaveTheSoulofSA

In a marathon speech that lasted almost two hours, President Cyril Ramaphosa built up his narrative with charming success stories from efforts of the government in the past year. We didn’t buy these tales of achievement; they were minor compared to the devastation that envelopes the country. #StateOfOurNation.

And then, a smile crept over his face… He made the massive announcement that South Africa was going to pioneer the hemp/cannabis industry, basically weed was going to save us! Twitter laughed but at the same time applauded what is a natural and needed resource taking front and centre at the SONA address. So we have a plan, guys, we’re #GonnaSellWeed! The audience was still giggling, but the President’s wry smile was gone as he dropped the first in a set of humbling grenades on his own team. He said it was time for big leadership changes. He said that the Cabinet was responsible for the #JulyRiots! I almost spat out my coffee, and so did the audience. No one expected that. He repeated it and said that it was time for action against the Cabinet and serious protection for whistleblowers. #SOS  South Africa.

And he wasn’t done; he said those that are implicated in #PPETenderFraud will be severely dealt with. He said #StateCapture did happen and there will be justice for our country. You could hear the unease in the benches. He also admitted, for the first time, that there was a #BattlefortheSoul of South Africa and he needed all the help he can get.

There were some other interesting bits; he apparently was wearing #Foschini and a local shoe manufacturer and he said that #LocalIsLekker and to support local enterprise. He told a ridiculous story how someone had saved their R350 grant money and started a small street food stall and made their way out of poverty. That was a line too far, we didn’t believe that and even if it was true MrP, that was not something to crow about.

He came out with some downright weird stuff too. He said that 95 bridges will be built this year, isn’t’ that random?  Well wait until you hear who’s building those bridges – the SANDF. What? He went on to say the SANDF have great engineering minds. Um, really? Anyway, I’ll take your bridges if you bring on the consequences for the plundering of my country. #StateOfMyNation

He said there was far too much red tape in our country and the SMMEs should be paid on time. He appointed #MrNkosi to be the “red tape cutter”; that sounds like someone has been hired to slice through ribbons at the opening of the bridges, but I’m going to let it slide; there is, of course, the #BattleForTheSoul of SA at stake.

He said the State of #NationalDisaster would be lifted but did not commit to the date. I got that, the minute he announces a date, we have to start repaying debt. Money we simply do not have. He spoke of #Hydrogen as a resource and took a swipe at greedy #GwedeMantashe by saying that all projects would consider the strict environmental regulations and would use green technology.

He ended by taking a good hard look at the audience as he said that looting time is over, it’s time to take control. I pray this wasn’t lip service, it didn’t feel like lip service. I heard a man in control, even his tie, the red tie of the power hungry, hung easily around his neck with a badly tied knot, a symbol.

We’re taking back our power and it won’t be easy, but it is also not a noose around our necks? #SOS SA

Outside of this event, a fire started in Durban at a liquor store, flames flew high up ahead. We all know what happened there. We will not be played.

There was huge news all week, I could barely keep track. Last week we followed the #JSCInterviews which resulted in an attack on #DaliMpofu for his infantile behaviour in the court. The attack came from all quarters, media and within the ranks of the judiciary themselves. Of course, #HandsOffDaliMpofu started to trend. Yawn! This was after Adriaan Basson called #Mpofu a nincompoop. It’s a cool word, right? But not for a silk. Look, Dali is ridiculous, but he’s a SILK and as such, Mr Basson, it was not your place to launch an attack on his credentials. What saved you was your thoughts, let’s say our thoughts, were the thoughts of the entire higher echelons of the judiciary. A nincompoop indeed.

Enter the #JulyRiots report. I refuse to call it the #JulyRiots, I call it what it was a #CoupDeTat, an #Insurrection.  Riots implies that South Africans were willing participants, and nothing can be further from the truth. #WeWerePlayed. The report reads like a bad #telenovela. Lack of resources, snail paced responses to a third force, in-fighting, a dramatic lack of action by #KhayaSithole that was so outrageous one could call it treasonous. In fact, the misbehaviour of the internal faction of the ANC should be tried for treason.

Yet we are still watching little fires everywhere. The #Bluetrain went off this week along with another pesky homeless person who broke into the #SSA. Someone else stole hard drives from City of Joburg, Lethabo Power Station was sabotaged, and these are just the stories we are aware of. The #StateOfTheNation

In other news, that woman who got a bonus (not bonus) from #Nsfas was found guilty and has to pay back the money.  But what was she thinking?  #Maraphones, the only South African mobile producer went bust. Social media pointed fingers at #ChanteJantjies, but no one looks to the IDC.  #Tshwane devastated by flooding had its electricity turned off in most government departments.  This is our capital city’s government office that are now in darkness because they didn’t pay their bills. That’s the #StateoftheNation

My favourite story this week and likely to be the best feeling for any entrepreneur: #Makate’s case against Vodacom. The court ruled that he was entitled to 5% of all Vodacom revenues for a ten-year period.  Vodacom have rebutted, obviously, but Makate has won, the little guy got justice against the giant. #MakateWeSeeYou #Amandla

The death of #KuliRoberts shook the nation, an unexpected and traumatic loss for our country.

The #TinderSwindler took over social media feeds as it opened on #Netflix; here at home especially as he made reference to being in a South African jail. South African’s have made a meal of #SimonLeviev by using his Whatsapp conversations to take over advertising specials and it was so fun!  Check out

Across more waters we saw the #WinterOlympics, the #BritAwards and the #Oscars make an impact. The Queen celebrated #70years on the throne and announced that Camilla would be referred to as Queen when Charles was King. Who cares, where is Andrew? You’re not going to believe this but as part of his defence he is stating that the image of him with #Epstein #Ghislaine and an underage girl was photoshopped after a painting was done of the teen. I kid you not, that is his defence, they don’t even care, do they? #Predators.

We saw the death of #Ryann, the whole world wept for the toddler as he lost his life under the ground where his family couldn’t get to him. To God we return #Ryann may your family find ease. The most ludicrous thing I’ve seen this week, and I’ve seen a lot, is the #PregnantMan emojj.  I hate to tell you good people of Apple, men can’t get pregnant I don’t care which personal pronoun you use.

On that note, I’m taking a break next week. I’m going diving where the biggest concern is how close you can get to that shark.  If you celebrate #VDay, enjoy, my date is with a #RaggedTooth and she’s beautiful!